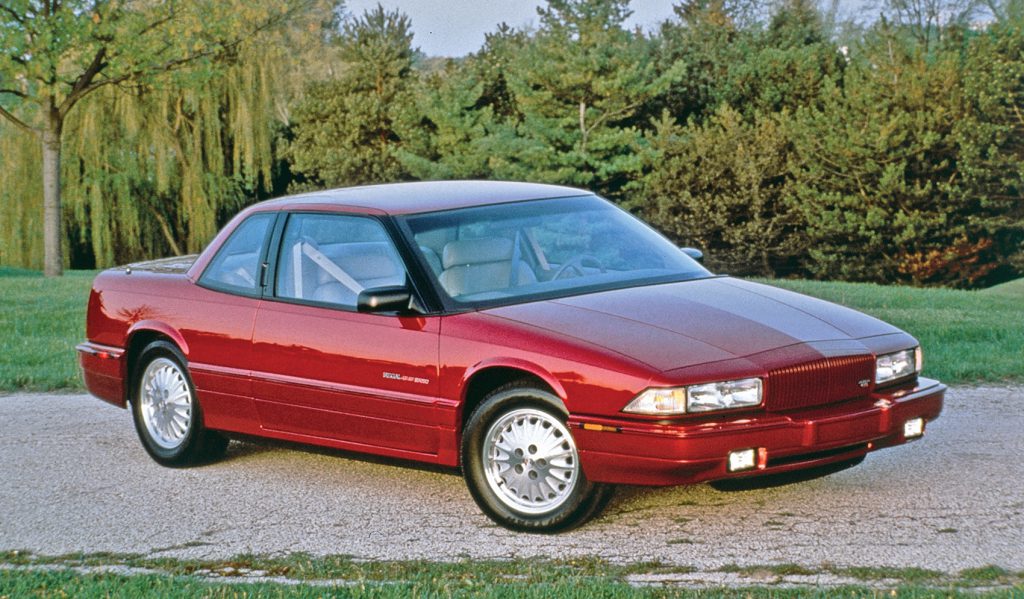 Note: The following story was excerpted from the December 2020 issue of Collectible Automobile magazine.

Some of the hottest cars out of Detroit in 1987 were Buick Regals. The Grand National and limited-production GNX were seriously fast and commanded respect on the street and at the strip. It was also the end of an era, because a new front-wheel-drive Regal was being readied for 1988 and turbocharged muscle was not part of its equation. The sportiest new Regal was the Gran Sport coupe, and its 1992-96 iteration can make for some fun cheap wheels.

The 1988 Regal was closely related to the redesigned Pontiac Grand Prix and Oldsmobile Cutlass Supreme, but the Buick was the first of the “GM10” front-drive coupes to hit the market. Only a model year past the unforgettable Grand National, Buick injected the tiniest hint of “performance” with the Gran Sport package. It largely was a collection of appearance items that traded on the reputation of hot muscle-era Skylarks and Rivieras. Like all ’88 Regals, Gran Sport ran Chevy’s 2.8-liter V6 rated at a sleepy 125 horsepower. By 1991, Buick’s 170-horse 3.8-liter bent six was optional, and a four-door Regal sedan made its debut.

For 1993, all Regals gained a new electronically controlled four-speed automatic. The 3.8-liter V6 was modestly tweaked; horsepower was unchanged but torque was up five pound-feet to 225. By the numbers the improvements seemed modest, but Car and Driver was pleasantly surprised, noting that 0-60-mph acceleration improved by 0.9 of a second. There was a subtle exterior facelift too, with touched-up styling front and rear.

Like other ’94 Regals, the Gran Sport collected a standard driver’s-side air bag, and a second for the front passenger was added the following year. The ’95s also had a remodeled interior with a new dashboard and revised seats. The big news for 1996 was a reworked 3800 V6 with 35 more horsepower, for a total of 205 ponies. The ’96 GS coupe priced from $21,340.

Don’t think of these Regal Gran Sports as Nineties muscle, but more as dignified and relaxed sporty coupes. Given the choice, we’d probably seek out a ’95 or ’96 with the reworked interior, with a definite edge to a ’96 and its stronger 3800 V6.