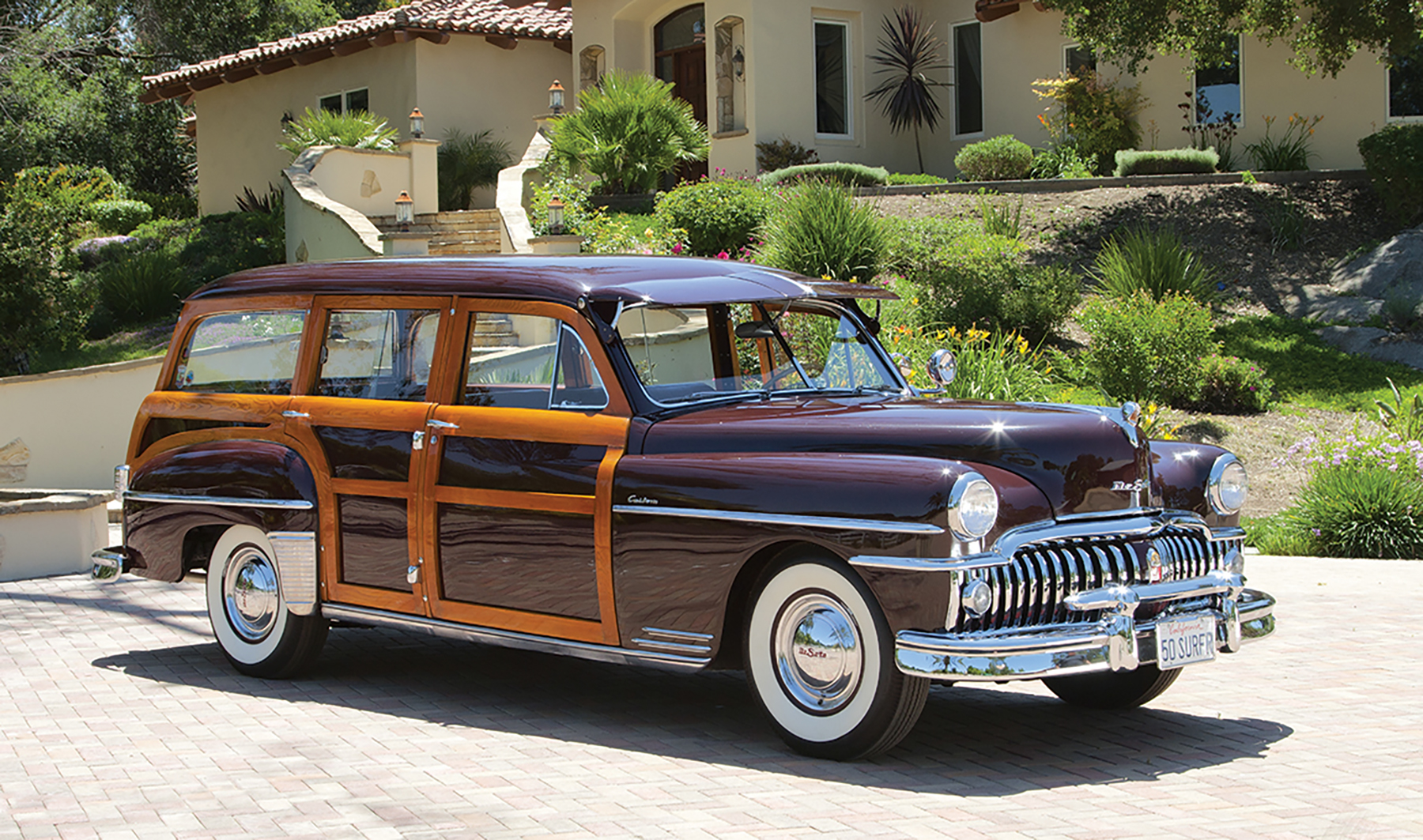 The wood-bodied station wagon was in its twilight years by 1950. It had progressed from commercial depot hack in the Teens and Twenties to something of a status symbol in the Thirties and Forties. Station wagons were just the thing for hunting trips or carrying riding tack to and from the stables. In the 1939 movie Dark Victory, Bette Davis’s socialite-horsewoman character describers herself as part of the “station wagon crowd.”  Read more... 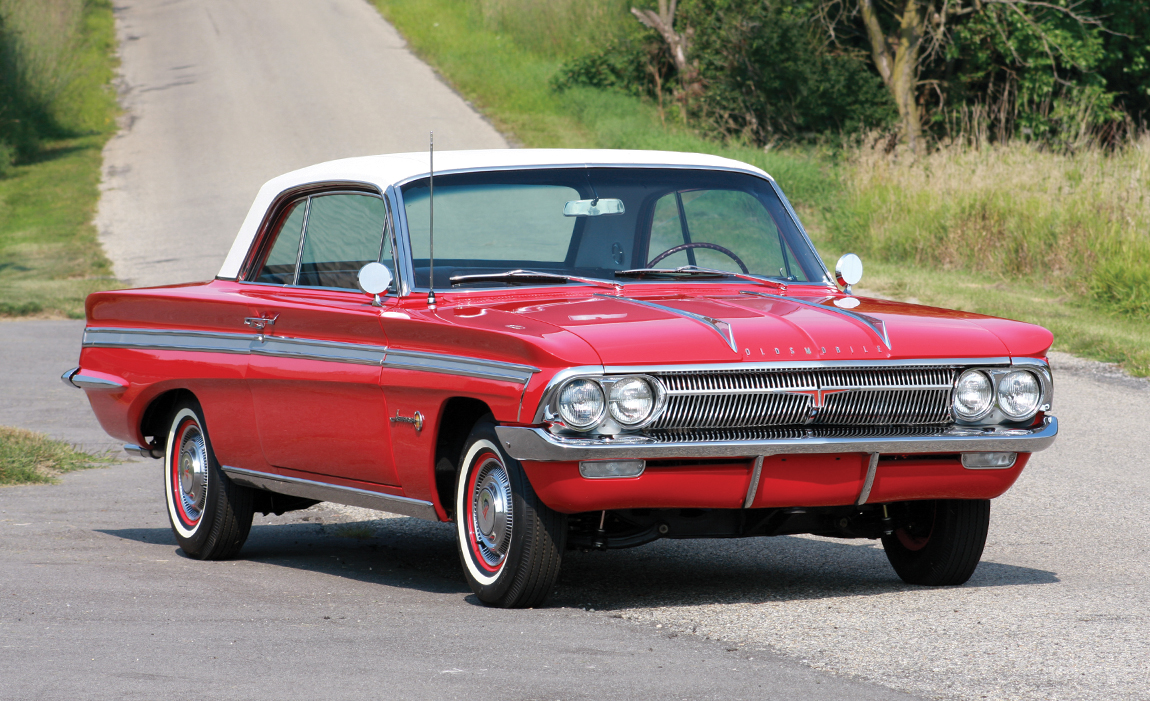 General Motors was flexing its engineering muscles in the early Sixties, especially when it came to the corporation’s new Y-body small cars. The line of 112-inch-wheelbase premium compacts included the Pontiac Tempest with independent rear suspension and curved “rope drive” driveshaft. Meanwhile, the Buick Special and Oldsmobile F-85 bowed in 1961 with an aluminum V8, followed in ’62 by a 90-degree V6 initially exclusive to Buick.   Read more... 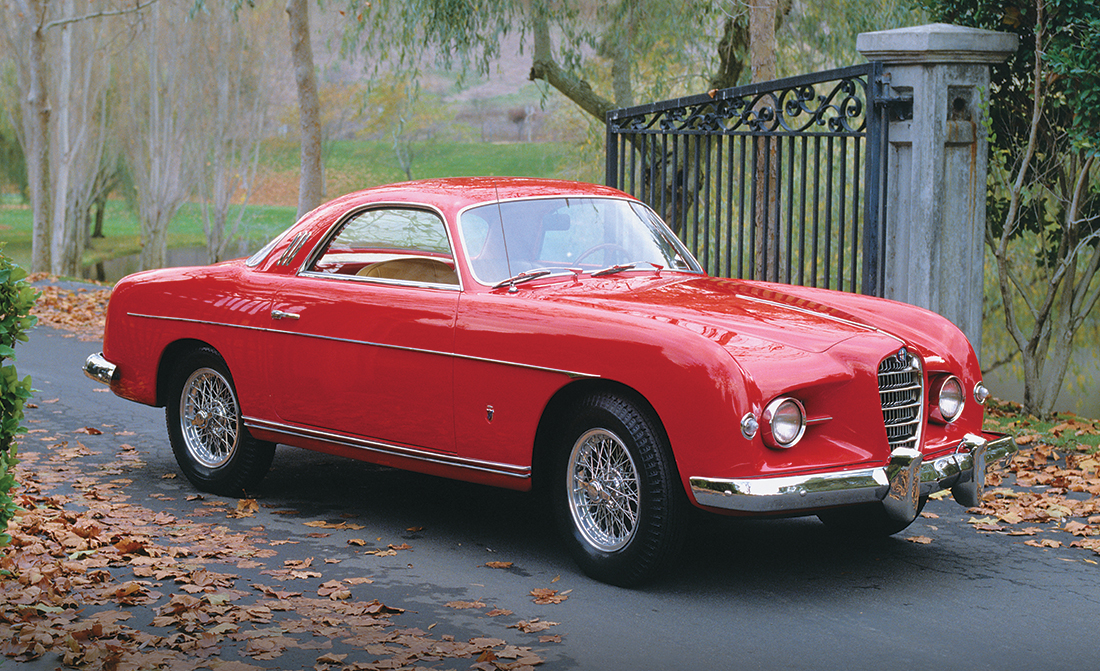 When Alfa Romeo wanted to make a splash at the 35th Turin Automobile Show, it asked six coachbuilders to build a custom body on the Alfa 1900 chassis. They were Bertone, Castagna, Boneschi, Pinin Farina, Vignale, and Turin’s own Ghia.  Read more... 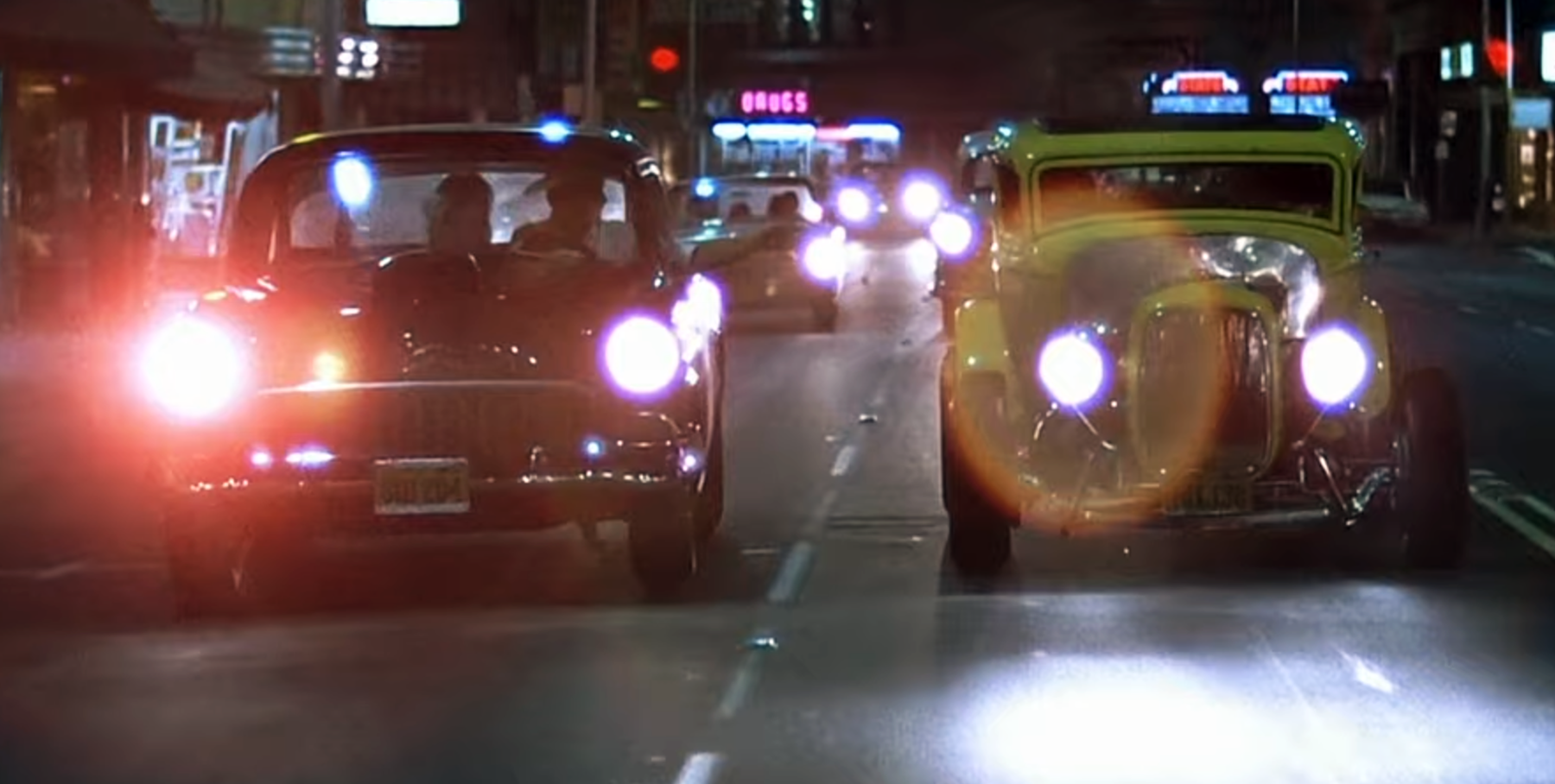 American Graffiti is a classic coming-of-age comedy film that follows its cast through one end-of-summer night in 1962. This was technically the early Sixties, but culturally, 1962 can be considered the end of the Fifties era. Change was coming quickly, both for America itself and the main characters of American Graffiti. The plot of the movie centers around recent high-school graduates Steve Bolander (Ron Howard) and Curt Henderson (Richard Dreyfuss), who are set to enjoy one last night in their hometown before boarding an eastbound flight to college the next morning. Although the era was ending, this movie celebrates the Fifties in full flower.  Read more... 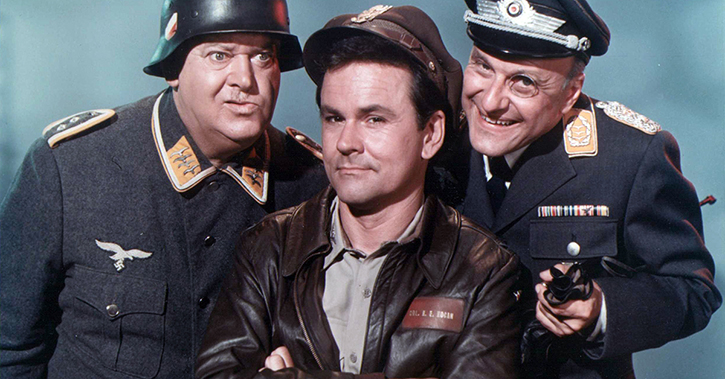 Hogan’s Heroes, the zany WWII-themed sitcom that ran on CBS from 1965 to 1971, isn’t in the same league as shows like Batman, The Munsters, or The Beverly Hillbillies when it comes to memorable “star cars.” However, while chronicling the havoc wreaked on the Nazi war machine by the fictional U.S. Colonel Hogan (Bob Crane) and his Allied crew in a German prisoner-of-war camp, Hogan’s Heroes nevertheless paraded some interesting vehicles. Check out the cars of Hogan’s Heroes.  Read more...

Well, it’s official now… the Lexus LC 500 grand touring coupe will be joined by a convertible version for 2021. At the beginning of this year, Lexus displayed a LC 500 Convertible Concept at the 2019 Detroit Auto Show, and the production version that is making its global debut at the 2019 Los Angeles Auto Show is remarkably close to the show car.  Read more... 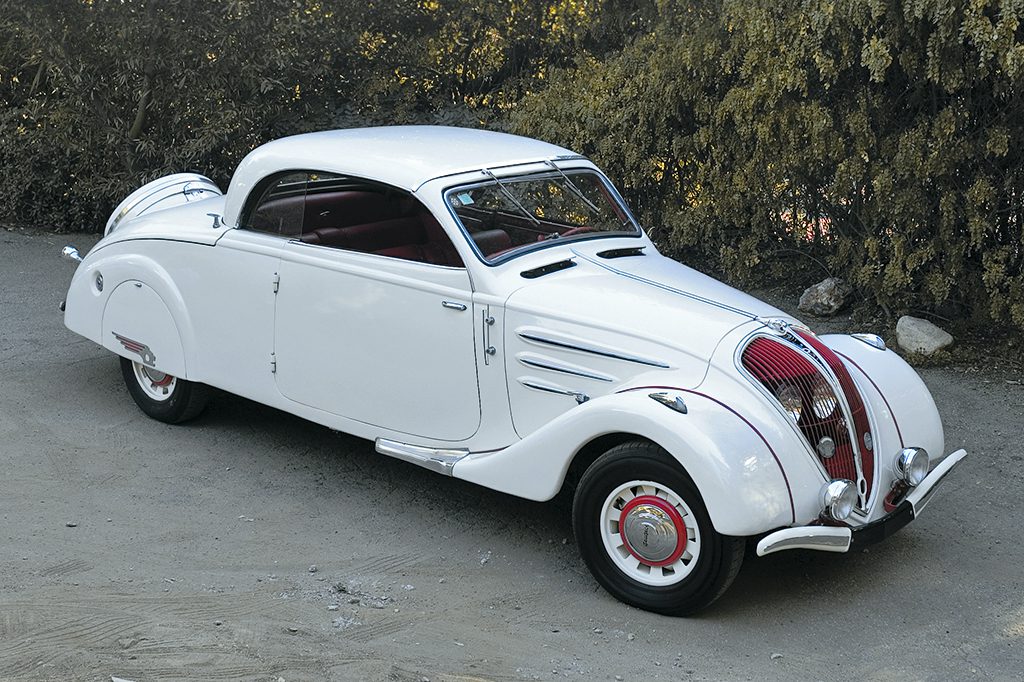 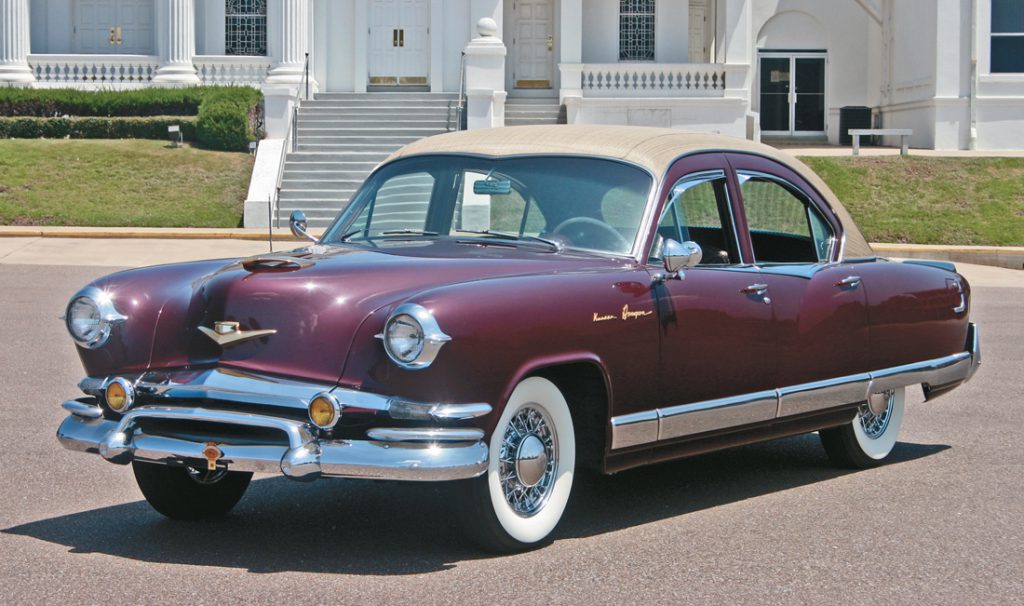 Henry J. Kaiser was part of the consortium that completed the daunting task of building Hoover Dam more than two years ahead of schedule. No one had mass produced ships until Kaiser built World War II Liberty Ships in as little as five days. Perhaps, then, Henry could have been excused for thinking he could revolutionize car building as well. He must have soon realized that it was a bigger job than expected and that the men running Detroit were smarter than he gave them credit for being.  Read more... 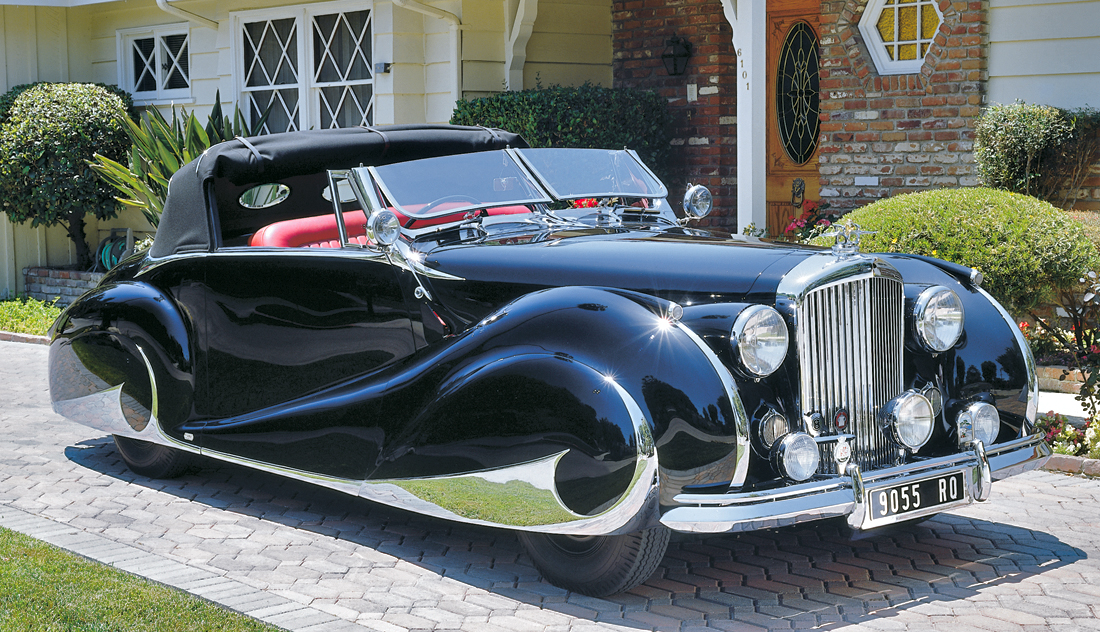 Bentleys were fast sport tourers—absolutely dependable, but loud. By 1931, when Bentley Motors went into receivership, its larger cars were competing with Rolls-Royce. In a surprise move, Rolls bought its English competitor to prevent future rivalry.  Read more... 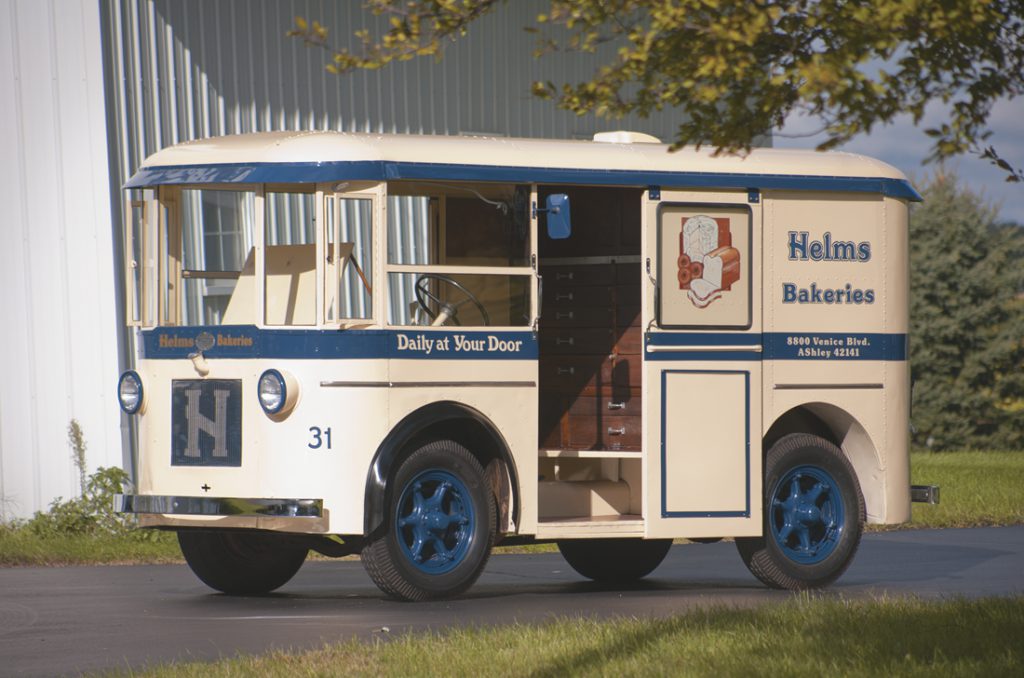 Long before gourmet food trucks began peddling high-end lunches and pricey cupcakes on city streets, Helms Bakery trucks were a common sight in Southern California. Starting in 1931, Helms delivered bread, doughnuts, pies, cookies, pastries, and other baked goods to people’s homes. Its products were not sold in stores. Indeed, the company’s slogan was “Daily at your door.” Customers could place a Helms placard in their window as a signal for the “Helmsman” to stop—or just flag down a truck as it passed by. Based in Culver City, the Helms Bakery fleet ranged as far north as Fresno and as far south as San Diego. It delivered its last loaf in 1969.