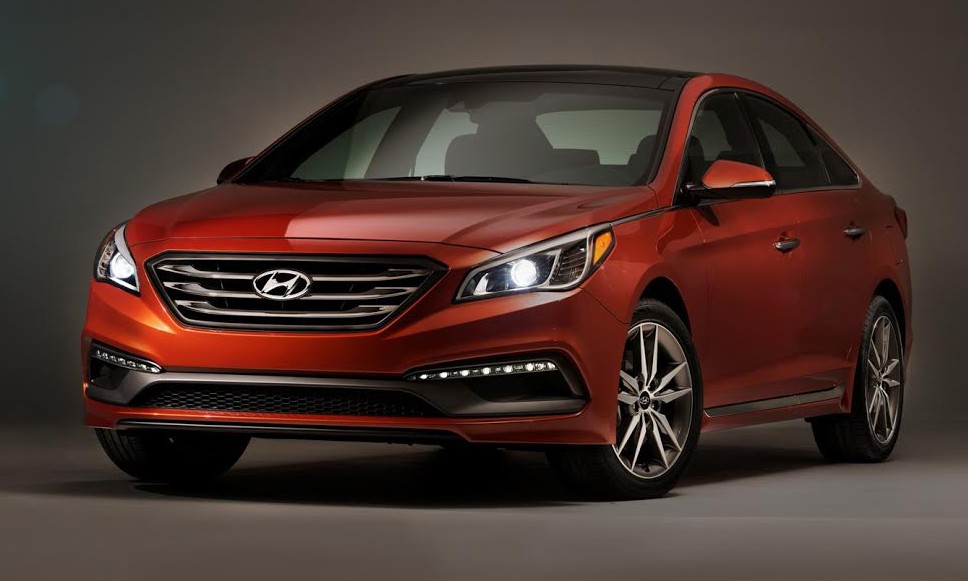 NEW YORK — Hyundai pulled the wraps off an all-new Sonata at the 2014 New York Auto Show. The 2015 Sonata inaugurates the seventh generation of Hyundai’s mainstream midsize sedan, and the company promises a stiffer body structure, better ride quality, improved quietness, and a host of new safety and convenience features.

The 2015 Sonata’s look is highlighted by a larger, more prominent grille opening and builds on the swoopy styling of the previous-generation Sonata, which was introduced as a 2011 model. Hyundai calls the new design language “Fluidic Sculpture 2.0.” Sonata SE, Sport, Sport 2.0T, and Limited models continue, each sporting unique styling features.

Hyundai is sticking with its 4-cylinder-only strategy on the new Sonata; the previous 2.4-liter- and turbocharged 2.0-liter fours carry over with minor updates and revisions. As before, both engines are paired with a 6-speed automatic transmission.

Hyundai says the Sonata’s interior boasts a number of ergonomic enhancements and a premium feel. New available features include High Beam Assist, adaptive cruise control, next-generation Blue Link telematics/connectivity, and an 8.0-inch navigation system that offers the ability to record preset Sirius/XM channels. This feature allows you to “rewind” up to 22 minutes, so you can hear all of the song that was playing when you switched channels or catch up on the sports broadcast you caught midway through. Hyundai says that Apple CarPlay functionality will be added to the 2015 Sonata sometime after its launch.

The 2015 Sonata is slated to go on sale this summer.

CG Says: When Hyundai launched its impressive sixth-generation Sonata as a 2011 model, that car leapfrogged many competitors in the midsize-car class with its surprisingly dynamic styling, nicely balanced driving personality, generous standard features list, and strong value quotient. Hyundai’s rivals have since introduced new midsize sedans of their own that have raised the bar as well. We won’t know for sure until we drive one, but the 2015 Sonata looks like it is poised to put Hyundai back at the front of the midsize class again.