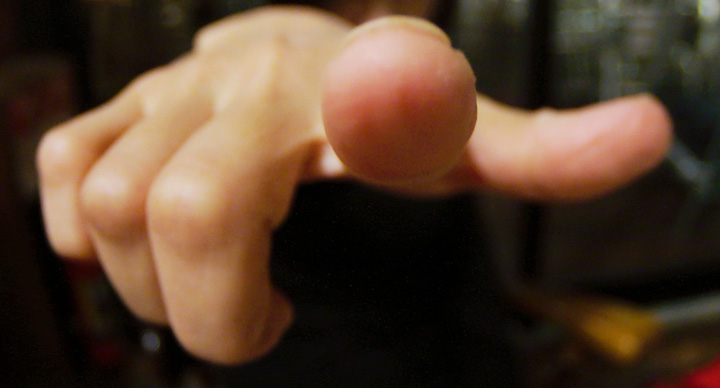 Herman Cain, while still a candidate in the thick of the presidential-nomination process, suggested to critics that, if you’re unhappy with your financial situation, you should “blame yourself.”

Negotiate the Best Deal on a New Car

Callous as that sounds, the suggestion that folks take responsibility for their actions and situations is a fairly basic American ideal. If you don’t like the way things are, change them. Work harder. Make them better. My parents certainly beat that notion into my head.

You’re on Your Own: How Your Car Salesman Gets Paid

And so it goes with car shopping. If you don’t like the deal you’re getting, blame yourself.

I will grant you that there are dealers who don’t play fair—and some salespeople who will exploit shoppers if they can. But if you get hosed on your next car purchase, it is 100 percent your own fault.

Here’s why: It’s your money. It doesn’t get more complicated than that. Unless a salesperson has a gun to your head, or your child over a shark pool, you are not compelled—for any reason—to sign anything that makes you uncomfortable. Note: Consumer Guide does not recommend doing business with dealerships that maintain shark pools.

According to Paul Brian, communications director for the Chicago Automobile Trade Association, “If a customer feels uncomfortable at any point of a sales transaction, it’s the customer’s duty to either clarify what’s making them uncomfortable with the dealer or to simply walk out and find another dealer.”

That said, Brian encourages shoppers to make their position known. “Having said all that, more often than not the dealer would like to clarify the situation and keep someone in the showroom. So don’t be shy about asking to see a manager or the owner.”

Sure, you still need to do your homework. But knowing about what you should pay for a car, and checking all the rebates and interest rates, mean nothing if you’re not prepared to stick up for yourself.

Remember you have the ultimate weapon when it comes to negotiating a new-car deal–you can leave the dealership without having spent a dime. And often, as you prepare to leave, the deal suddenly gets a little sweeter.

That’s your $35,000 that’s being forked over in this transaction. Be happy with how every penny of it is being spent, or blame yourself.

Negotiate the Best Deal on a New Car