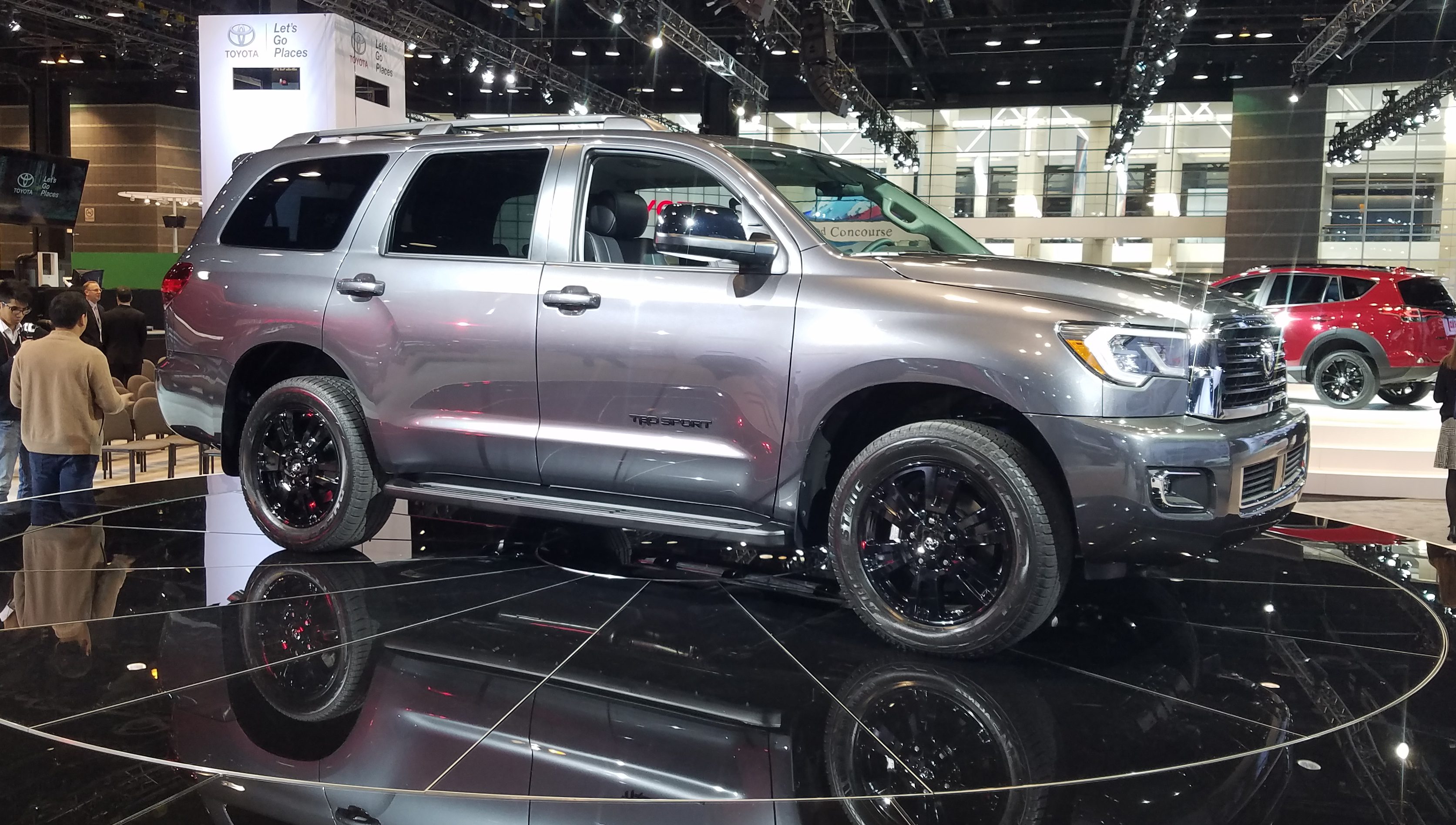 Toyota revealed a second “sporty” entry at the 2017 Chicago Auto Show in the form of the 2018 Sequoia TRD Sport.

As with its Tundra full-size pickup sibling, the large Sequoia SUV will be offered in 2WD and 4WD form and get a TRD (Toyota Racing Development) tuned suspension with Bilstein shocks and TRD front and rear anti-sway bars. Styling alterations include a revised grille and front bumper, 20-inch black alloy wheels, smoked taillight lenses, and TRD badging outside, while the interior benefits from TRD shift knob, floor mats, and sill protectors, along with a choice of standard black upholstery or optional black leather captain chairs. 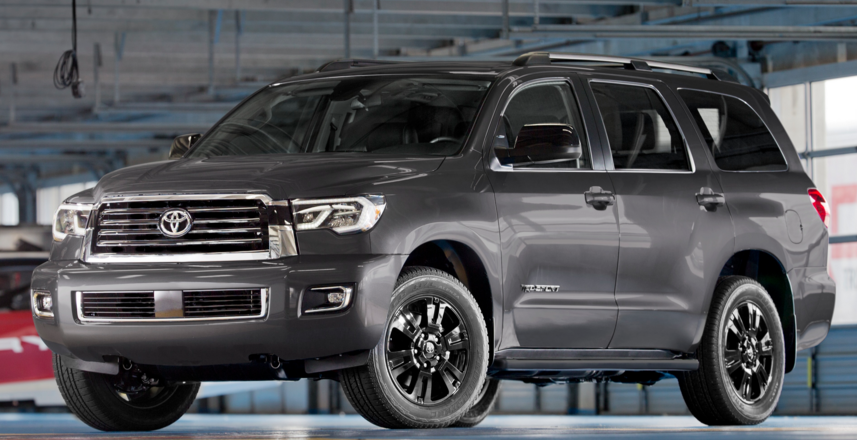 What’s good for the full-size pickup is apparently good for the full-size SUV. The fact that many of the pieces are shared allows Toyota to leverage changes to the higher-volume Tundra to give its low-volume Sequoia a niche sporty model. Seeing as sporty versions of cars (such as the Toyota Camry SE) have been selling in surprising volume, perhaps it’s time big SUVs get more athletic as well.