With co-host Jill Ciminillo out on assignment this week, host Tom Appel and co-host Damon Bell start the show by discussing their test-drive experiences in the revamped-for-2023 Genesis G90 luxury sedan and the 2023 Genesis Electrified G80. Joe Ligo, Producer/Director of “The Last Independent Automaker,” a documentary series about American Motors Corporation, joins us to discuss his ambitious project and the history of AMC. Tom has a  “3-cylinder, 4-cylinder, or 5-cylinder?” quiz for Damon, and Damon runs down the latest articles on the Consumer Guide Daily Drive blog–including a test-drive review of the 2022 BMW M3 Competition xDrive Sedan.

The Consumer Guide Car Stuff Podcast is broadcast every Sunday on Chicago’s WCPT AM 820 at 1:00 PM CT.

Tom on the radio:

Tom on the Nick D Podcast

Tom on the Stan Milam Show 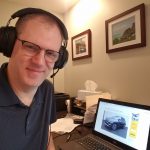 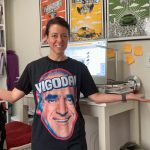 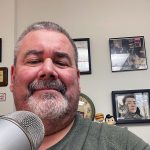