For Jaguar enthusiasts, the wait is over. At this fall’s Paris Motor Show, the British automaker unveiled a new 2-seat roadster. Finally.

PARIS–Jaguar’s glory years were spearheaded by 2-seat sports cars. The marque’s postwar ascendancy was launched by the XK120 at the 1948 Earls Court Motor Show. The low-slung roadster was only meant to ramp up production of Jaguar’s revolutionary new dual-overhead camshaft engine before volume installation in sedans. Instead, the XK120 caused a sensation and spurred American export sales for Jaguar.

Jaguar didn’t expect the E-Type (or XKE in U.S. advertising) to be a volume model either, but its introduction at the 1961 Geneva Motor Show created an even bigger sensation than the XK120. The E-Type identified Jaguar in the Sixties—especially in America where they probably outsold sedans. Many years after it went out of production, the sporting glamour of the E-Type was still helping sell Jaguar sedans.

Jaguar has been slow to commit to an E-Type replacement—almost 40 years, in fact. Sports car prototypes were occasionally spotted and 2-seat concept cars made appearances at auto shows, but Jaguar built only sedans and 4-seat grand touring cars. The company claimed it had to concentrate on volume cars. Yet some would ask how could a marque whose reputation was built on sports cars afford not to build a sports car?

That changed on September 26, 2012, when Jaguar unveiled the 2014 F-Type in Paris. The new F-Type is a real sports car. There’s no token back seat as in Jaguar’s XK. The F-Type is a true 2-seat roadster. Jaguar press releases constantly drive home that the F-Type is “driver focused.” With the F-Type, Jaguar once again intends to compete with the Porsche 911. Aluminum-intensive construction keeps weight down, not only for better performance but also for better agility. And with a 50/50 weight distribution, the F-Type will be well balanced. Jaguar claims that the car has the fastest steering ratio in Jaguar’s history. The F-Type promises to be a blast to drive.

The F-Type is attractive, but it doesn’t have the jaw-dropping good looks of an E-Type. It won’t be able to get by on looks alone. Fortunately, the F-Type should have the dynamics to make up for lacking the E-Type’s award-winning beauty. 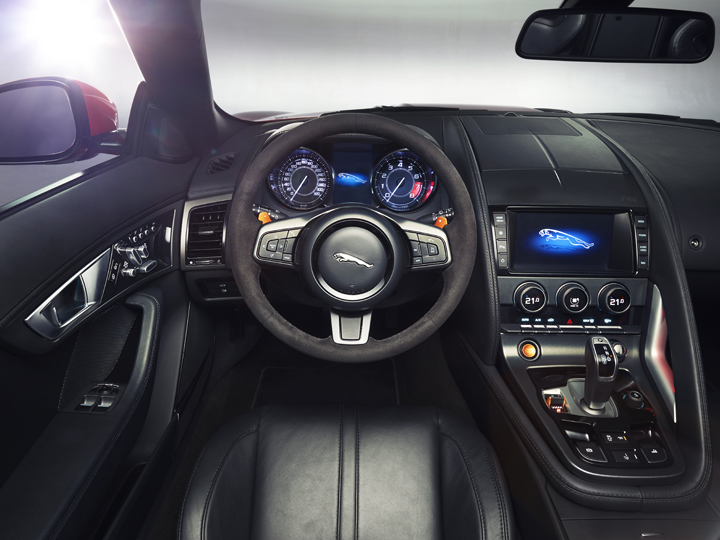 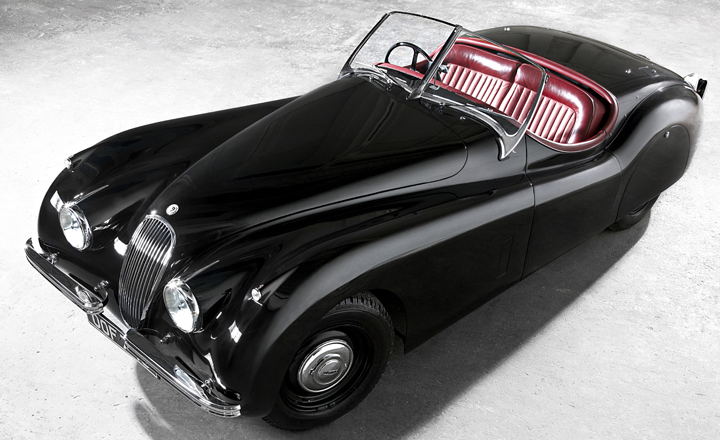