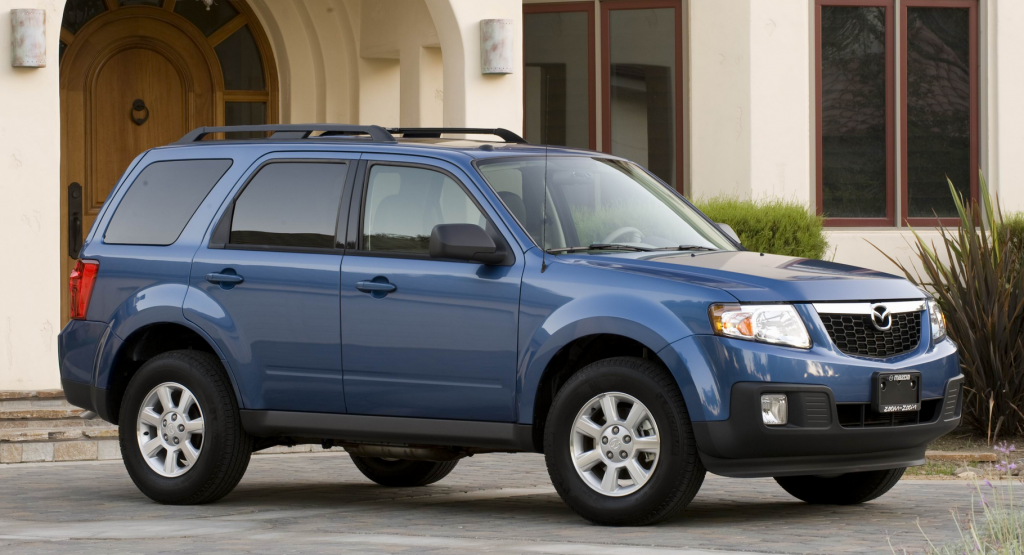 The 2011 Mazda Tribute is largely unchanged. This compact SUV shares its basic design with the Ford Escape and Mercury Mariner. Note that Mariner will be discontinued at the end of calendar 2010 after a short model-year 2011 production run. Tribute is a 5-passenger, 4-door wagon that has a liftgate with opening glass. Tribute reprises Sport, Touring, and Grand Touring trim levels. A gas/electric Hybrid version is sold in California only.

All Tributes are available with front-wheel drive or all-wheel drive. Sport, Touring, and Grand Touring come with the “i” prefix and have a 171-horsepower 2.5-liter 4-cylinder engine. Grand Touring is also offered with the “s” prefix and has a 240-horsepower 3.0-liter V6 that’s capable of running on E85 ethanol-blended fuel. The Hybrid comes in Touring and Grand Touring trims. It pairs a 153-horsepower 2.5-liter 4-cylinder gas engine with an electric motor. It can run on one or both of its power sources, depending on driving demands and requires no plug-in charging. The 2WD i Sport is available with manual or automatic transmission. All other conventional Tributes have a 6-speed automatic. Hybrids use a continuously variable transmission (CVT) that behaves much like an automatic. Maximum towing capacity is 1,500 pounds with the 4-cylinder engine and 3,500 pounds with the V6. Available safety features include ABS, traction control, antiskid system, curtain-side airbags, and front-side airbags. Leather upholstery, heated front seats, and a sunroof are Grand Touring-exclusive standard features. Remote engine start is available on all conventional models equipped with the automatic transmission. 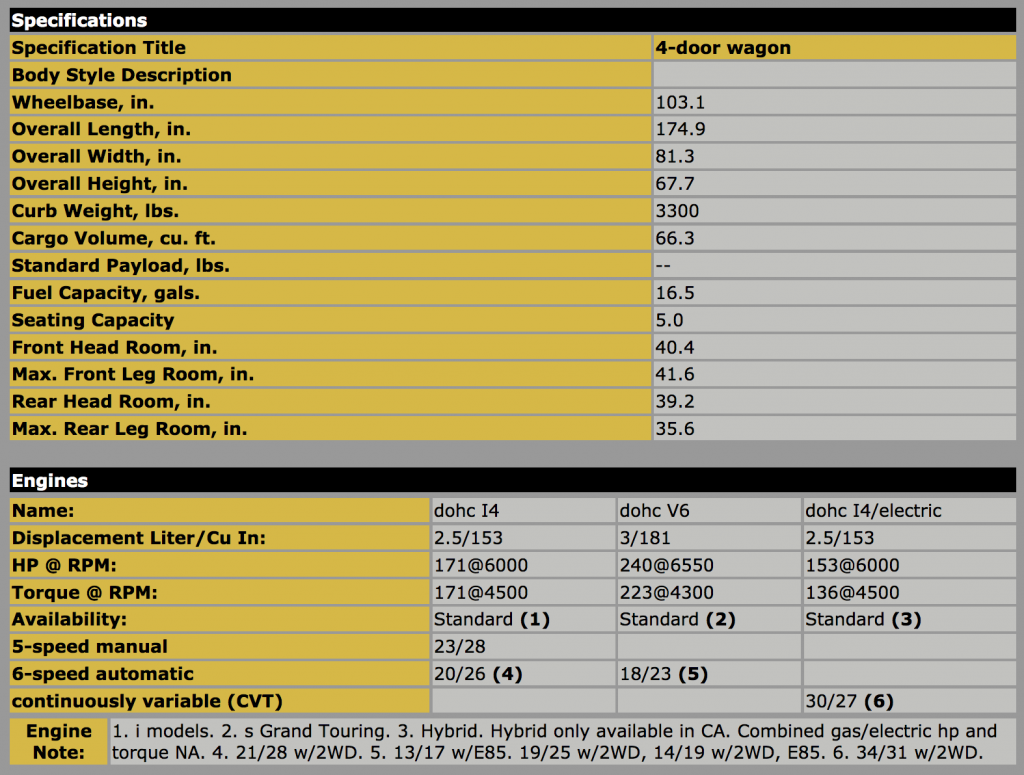 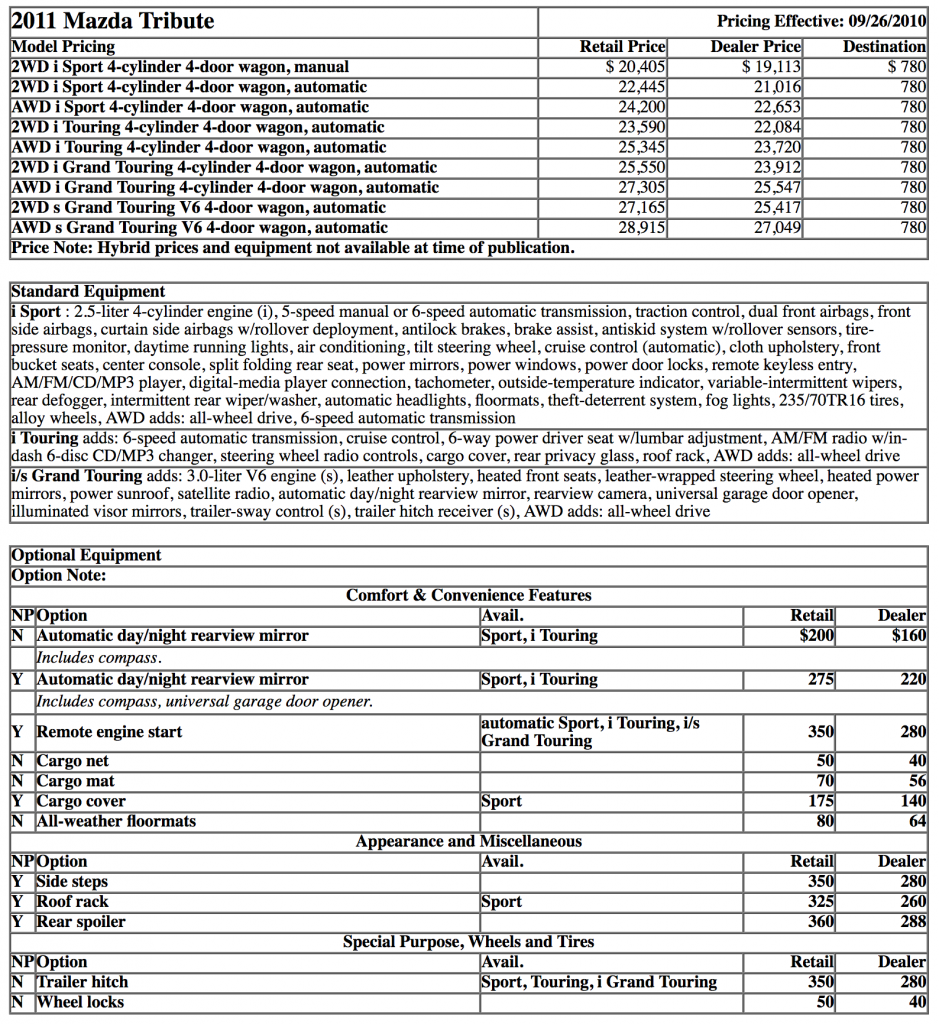 All Tributes suffer from crude-sounding engines, low-rent cabin appointments, and a Ford-derived basic design that’s more than a decade old. Still, Mazda’s compact crossover is worth considering for its responsive 6-speed automatic transmission and comfortable passenger accommodations. The availability of a gas/electric hybrid model is laudable, though it’s only offered in California.