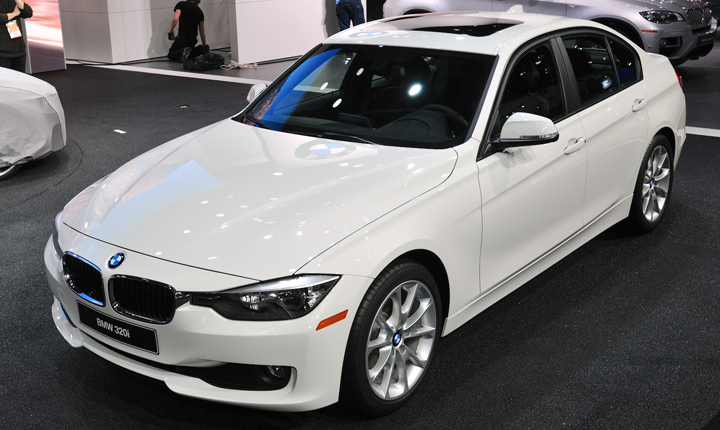 In an effort to make its most popular car more affordable, BMW unveiled an entry-level version of its 3-Series Sedan at the 2013 Detroit Auto Show. Also on display was a preview of the company’s next-generation compact coupe, dubbed the Concept 4-Series.

The 2013 BMW 320i becomes the new gateway to the company’s sedan lineup. It has the same 2.0-liter turbocharged 4-cylinder engine as the more costly 328i, but the 320i outputs 60 fewer horses (180 vs. 240). The 320i will be available with rear-wheel drive or BMW’s xDrive all-wheel drive. All versions include an 8-speed automatic transmission. A 6-speed manual is optional on the rear-drive 320i.

Though it has less power than the 328i, BMW estimates that the rear-drive 320i will do 0-60 mph in 7.1 seconds, regardless of transmission. Though final EPA numbers were not available at the time of this writing, BMW projects that rear-drive models will achieve ratings of 22 mpg city/34 mpg highway with the manual transmission and 23/33 with the automatic. The AWD 320i could see a 22/33 score.

BMW plans to offer the 320i with nearly all of the performance, safety, and luxury features of its costlier siblings. This includes the Sport Package with 18-inch wheels on summer tires, sport suspension, and unique interior and exterior trim. As with the 328i, vinyl upholstery will be standard with BMW’s Dakota leather an extra-cost option. Other optional amenities include heated front and rear seats, rearview camera, xenon headlights, power sunroof, navigation system, and BMW Assist telematics.

Also on display at the BMW booth was the Concept 4-Series Coupe. This car is basically a thinly disguised version of the next-generation BMW 3-Series Coupe. Only it won’t be called the 3-Series. The 4-Series name will stick, which makes sense given that the company’s larger sporty coupes and convertibles fall under the 6-Series banner.

The concept car on display is longer, lower, and wider than the outgoing 3-Series Coupe and Convertible. We expect those proportions to carry over to the production model. BMW was mum on powertrain details, but we would be shocked if the 4-Series didn’t mirror the 3-Series Sedan in this regard. Expect there to be a 428i powered by a 240-horsepower 2.0-liter turbocharged 4-cylinder engine and a 435i (or perhaps 440i) motivated by a 300-horsepower 3.0-liter turbocharged inline 6-cylinder. Additionally, rear-wheel drive and all-wheel drive should be available across the board, along with the choice of a 6-speed manual or 8-speed automatic transmission.

Further details will be available in advance of the car’s calendar 2013 on-sale date.

CG Says: The 320i is an interesting addition to BMW’s lineup, especially in light of Mercedes-Benz giving the CLA-Class the green light for production. The lower price point will certainly be attractive to enthusiasts who have always wanted a 3-Series but couldn’t quite stretch their budgets to buy one.

It also makes sense for BMW to re-badge its 3-Series Coupe as the 4-Series. Any cars that BMW shows in “concept” form at an auto show looks quite similar to their production counterparts. As the 4-Series looks quite a bit different than the 3-Series Sedan, there’s less opportunity for any confusion.

Stay tuned for our full reviews when these cars become available. 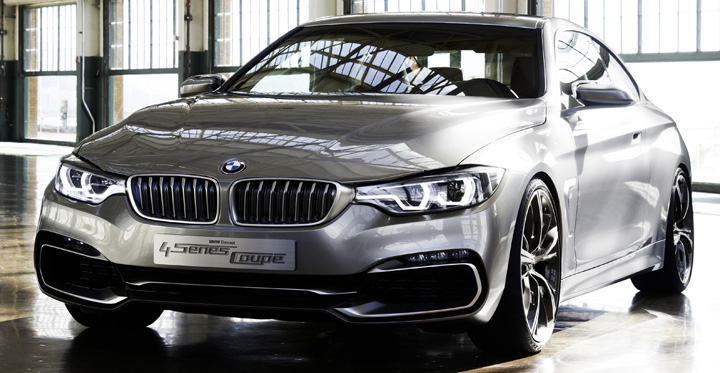 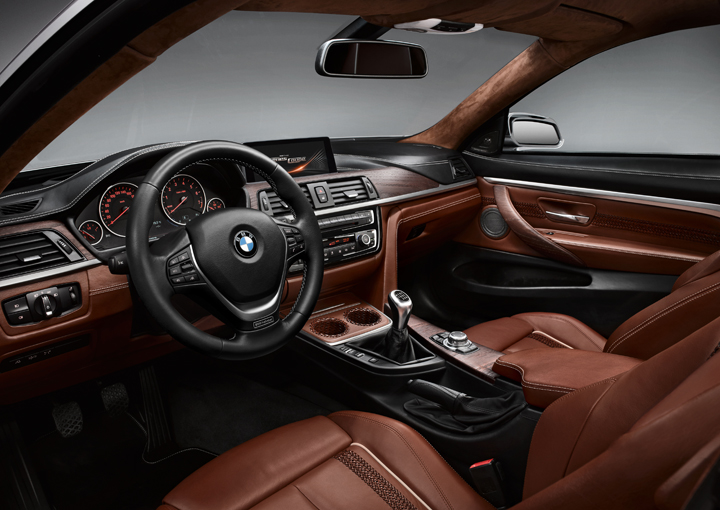