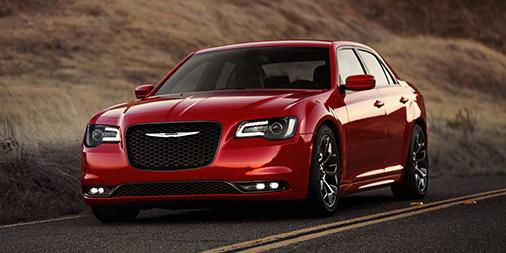 Chrysler unveiled a freshened 2015 version of its 300 large sedan at the 2014 Los Angeles Auto Show. Exterior styling gets a mild facelift, with a look that Chrysler calls “more sculptural and expressive.” Highlights of the updated design are a more prominent grille with a “floating” Chrysler wing badge, LED fog lamps and daytime running lamps, and LED taillights.

Production of the 2015 Chrysler 300 starts in late 2014, and sales should begin soon thereafter.

After the dramatic revamp that the Dodge Charger received for 2015, the Chrysler 300’s updates seem a bit tame by comparison, at least from a visual standpoint. Still, Chrysler has done an admirable job keeping the 300’s aging basic platform as fresh as possible with this latest round of astute technology updates and new high-end trim choices.