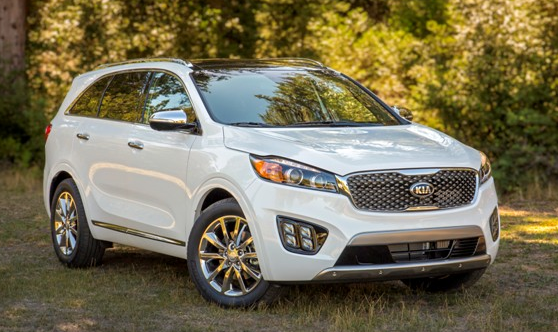 Kia unveiled a redesigned 2016 Sorento at the 2014 Los Angeles Auto Show. The all-new version of Kia’s popular midsize, 3-row SUV wears some styling cues first seen on the company’s Cross GT concept that debuted at the 2012 Chicago Auto Show. Most notable are narrower headlights that flank a taller, bolder grille, though the rest of the body looks familiar.

In actuality, however, it isn’t. One clue is that the new Sorento rides a 3-inch-longer wheelbase, which necessitates a new structure. While that usually adds to passenger space – and it does – Kia also claims that cargo capacity has been increased. 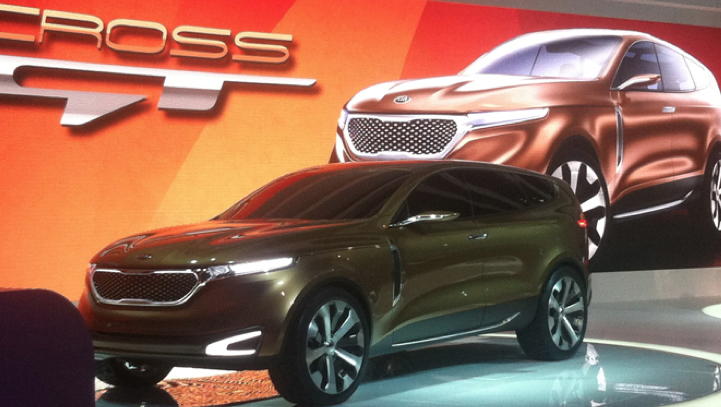 With the redesign comes a new engine option: a 240-horsepower turbocharged 2.0-liter 4-cylinder. In terms of power, it slots between the standard 185-hp 2.4-liter four and 290-hp 3.3-liter V6, the latter now affording a 5000-lb towing capacity.

One area in which the current Sorento isn’t top-notch is in interior materials, but Kia says the redesign brings some upgrades in this department. It also brings new features. The available UVO infotainment system adds speed alert and curfew alert, an available audio system adds Harman’s Clari-Fi digital restoration technology (a North American first), and safety is enhanced with forward collision warning, adaptive cruise control, blind-spot and cross-traffic alert, and a surround-view camera.

The 2016 Sorento is due to go on sale in the first quarter of 2016. Kia says prices will be announced closer to that time.

Kia is certainly focused on ensuring the Sorento will not grow stale in the marketplace. This redesigned 2016 generation debuts just two model years after a substantially revamped Sorento debuted as a 2014 model. Then again, the midsize SUV category is home to some especially formidable competition. The new Sorento’s improvements and new features should help it hold its own against the likes of excellent rivals such as Toyota Highlander and Hyundai Santa Fe, as well as the redesigned Honda Pilot is slated to be unveiled in the near future.

Rick Cotta contributed to this report