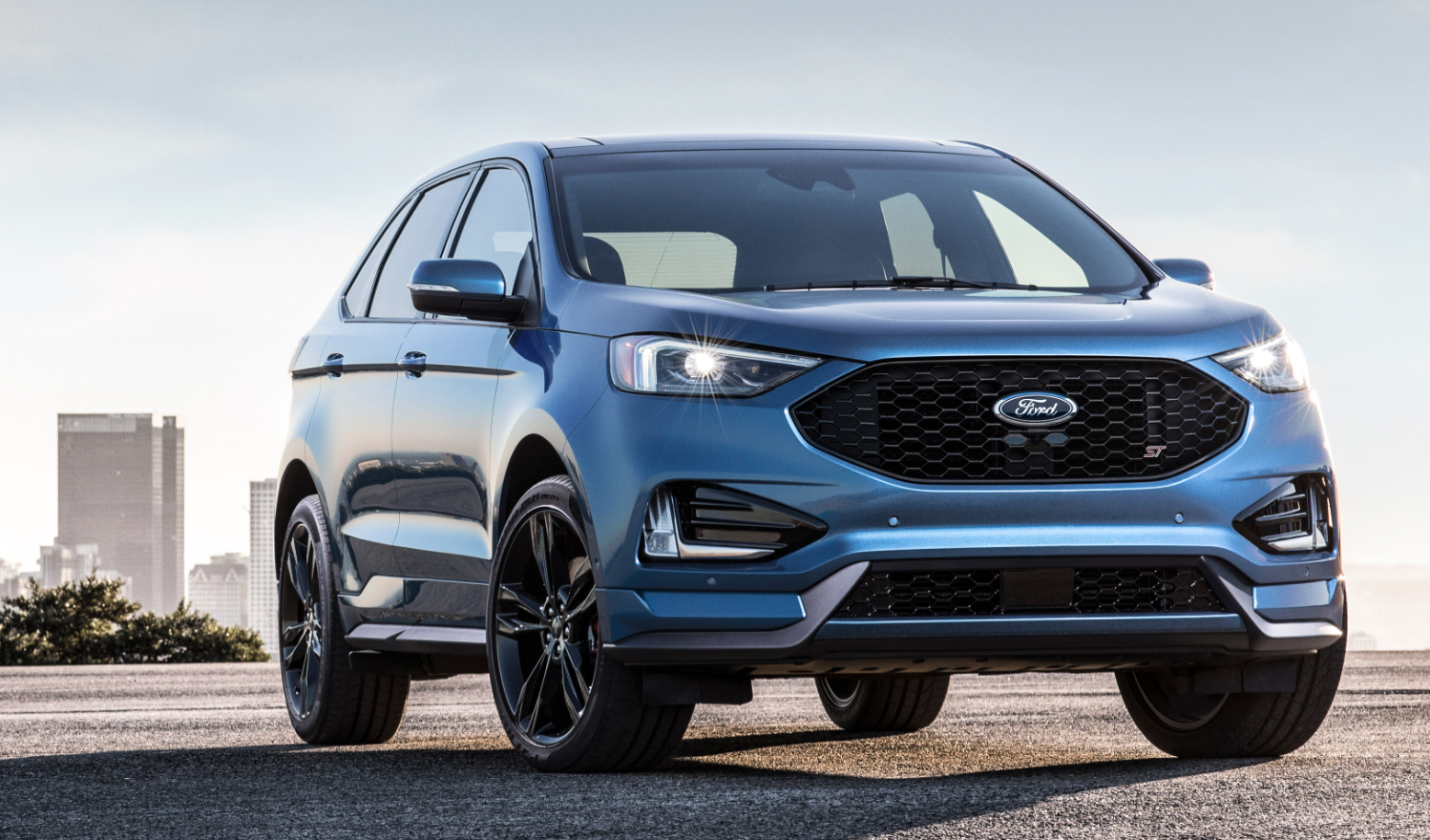 DETROIT—The 2018 North American International Auto Show in Detroit hasn’t officially kicked off yet, but Ford has already released info on one of the vehicles it will have on display: a muscled-up version of its 5-passenger midsize SUV. The 2019 Ford Edge ST includes an upgraded sport suspension and a gutsy twin-turbo V6 engine. 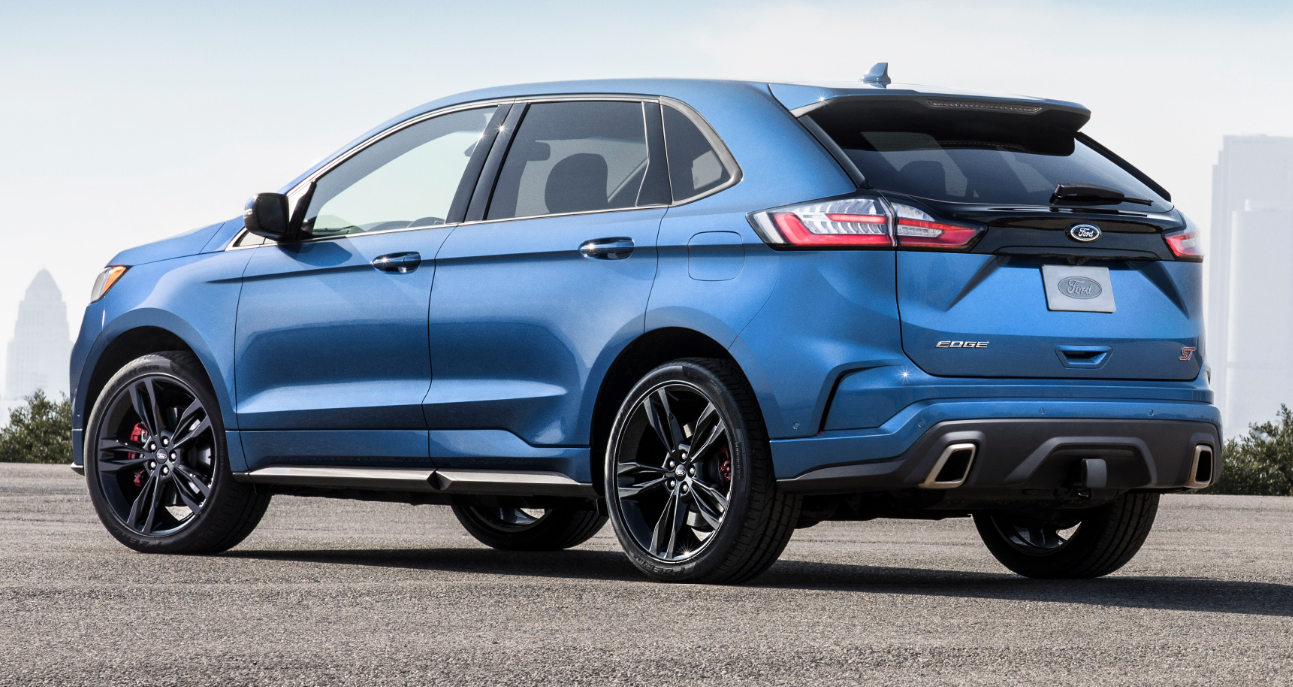 The entire Edge lineup is refreshed for 2019 with updated styling and a redesigned center console with a rotary shift dial. The base 2.0-liter turbo engine gets a 5-hp boost and an 8-speed automatic transmission in place of a 6-speed. Newly available features include Adaptive Cruise Control with Stop-and-Go and Lane Centering, Evasive Steering Assist, and Post-Collision Braking.

The 2019 Ford Edge and Edge ST are slated to arrive at dealers this summer.

The Ford Edge was redesigned for 2015, so it’s definitely ready for a freshening. The hotted-up ST is a nice surprise that should satisfy SUV shoppers who are looking for invigorating performance. We were delighted with impressive power and smooth character of Ford’s twin-turbo 2.7-liter V6 when we tested it in the Ford Fusion Sport. Note that there is no other mainstream-brand SUV in the Edge’s size and price range that offers this kind of muscle, at least at the moment. And by the way, we couldn’t help but notice that Ford’s Edge ST press release says, “Ford begins introducing the coveted ST brand to its SUV lineup with the unveiling of the all-new Edge ST.” Hmmm. Begins… does that mean we might see, say, an Escape ST or an EcoSport ST in the future?