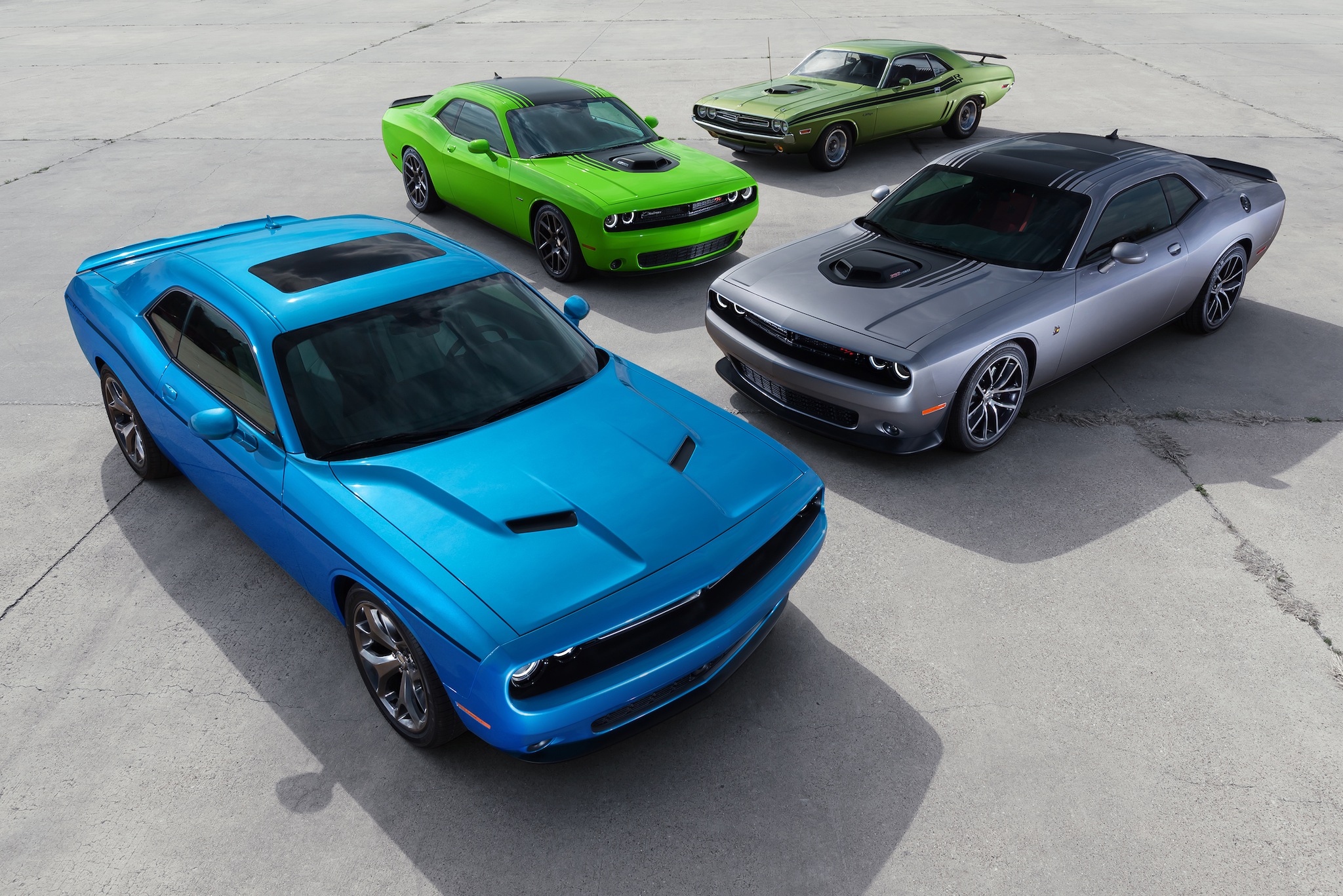 NEW YORK — Dodge unveiled revamped versions of its muscular Charger and Challenger duo for 2015 at the 2014 New York Auto Show. Neither car sees a ground-up redesign–instead, both get new styling, new interiors, and new technology features.

The 2015 Charger sees a thorough restyling inside and out. Almost all of the body panels are new–the fresh look is highlighted by a new front fascia with a blackout grille treatment, projector headlamps, and an LED “racetrack” taillamp treatment. The interior gets a new steering wheel and a new dashboard featuring a customizable 7-inch digital instrument-panel display, along with a revised center stack with a standard 5-inch touchscreen or an available 8.4-inch touchscreen. Features of Dodge’s latest UConnect system include Wi-Fi hot spot capability, voice texting, and a 3D navigation display. 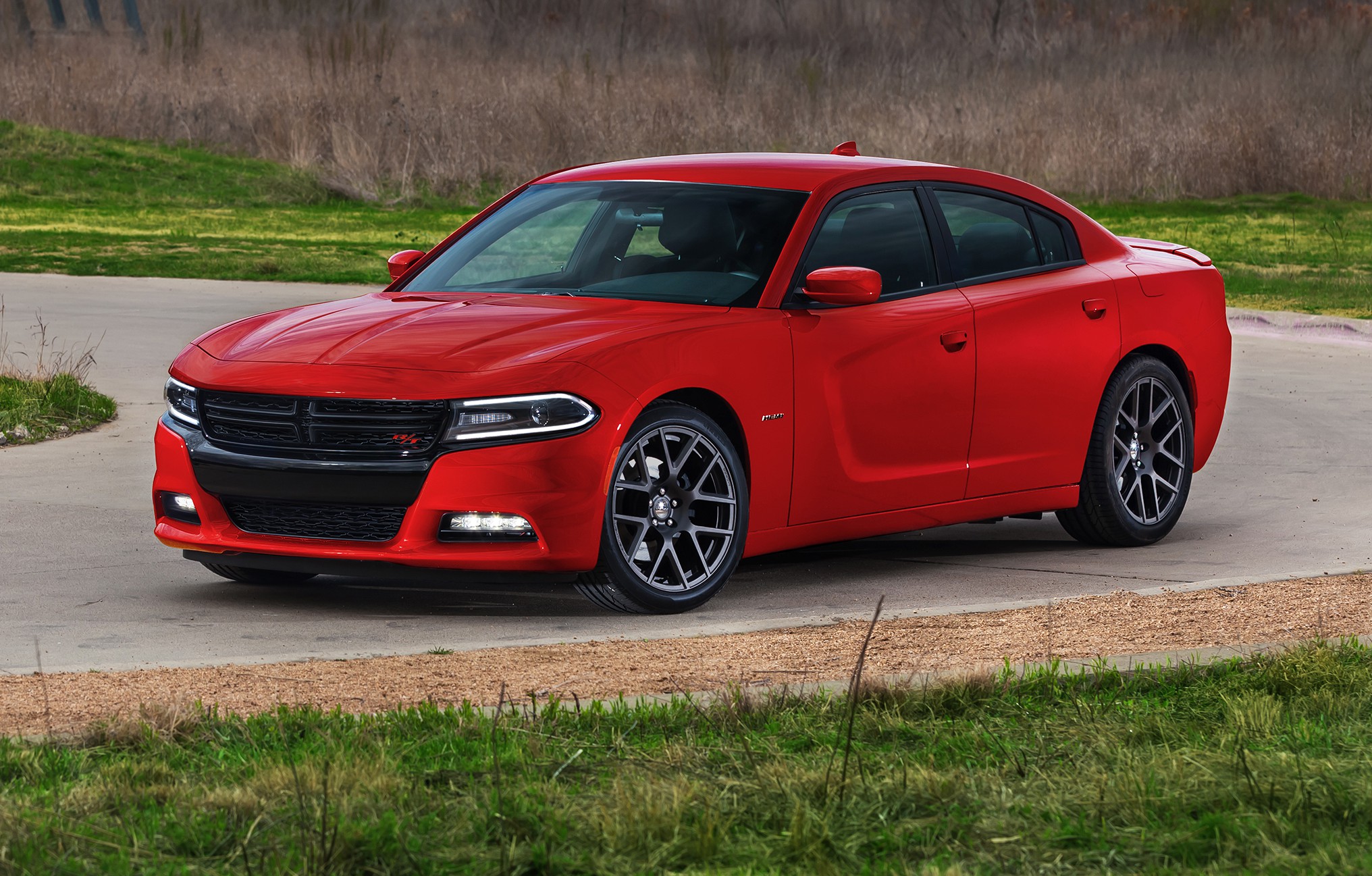 The Charger’s V6 and Hemi V8 engines are largely unchanged, but Dodge’s Torqueflite 8-speed transmission is now standard on the V8 as well as the V6, as is a new electronic shifter. In keeping with the Charger’s highly customizable personality, Dodge will offer a raft of new interior and exterior color and trim options and a range of new wheel choices on the 2015 Charger. 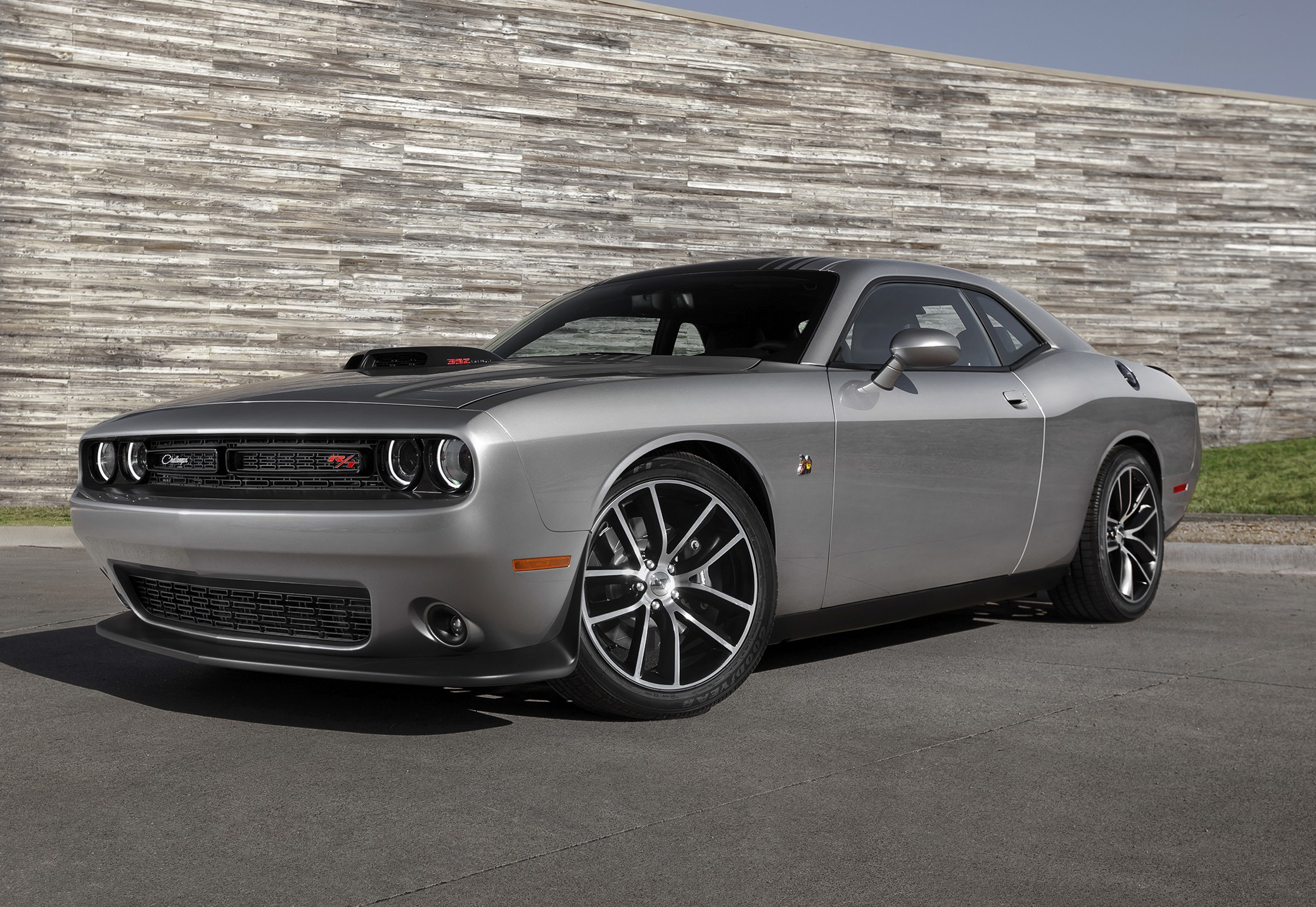 The Challenger’s redesigned interior parallels many of the 2015 Charger’s features, including a new steering wheel and a new dashboard featuring a customizable 7-inch digital instrument-panel display, and a center stack with a standard 5-inch touchscreen or an available 8.4-inch touchscreen. Also newly available are a rearview camera, adaptive cruise control, Forward Collision Warning, blind-spot monitoring with rear cross path detection, and electric power steering with three driver-selectable modes: Normal, Comfort, and Sport. A broad range of interior color and trim options will be available, including retro-style Houndstooth cloth upholstery.

The R/T model’s 372/375-horsepower 5.7-liter Hemi and the SXT’s 305-hp 3.6-liter V6 are unchanged, but both engines now come standard with Dodge’s Torqueflite 8-speed transmission instead of the old 5-speed automatic. (Hemi cars also offer a 6-speed manual.) The new top dogs of the Challenger lineup are the 6.4-liter Scat Pack and 392 Hemi Scat Pack Shaker models, which put out an estimated 485 horsepower and 475 lb.-ft of torque with either the 6-speed manual or 8-speed automatic. The 392 Hemi Scat Pack Shaker wears a functional engine-mounted scoop that protrudes through the hood, a heritage-themed feature that recalls the original Challenger’s Shaker hood. (R/T and R/T Plus models also offer the Shaker hood.)

Highlights of the 2015 Challenger’s performance updates include revised suspension tuning, a launch-control system, available four-piston Brembo brakes, and an electronic shifter on automatic models. Also, availability of the Super Track Pack (a performance suspension-upgrade package) expands to include V6 models. As with previous Challengers, a plethora of customization features will be available for the 2015 model, including new colors and a range of wheel choices. We expect both the 2015 Challenger and Charger to arrive in dealerships by the end of this year.

CG Says: Though a complete redesign of these macho bruisers doesn’t seem to be in the cards any time soon, the 2015 Charger and Challenger’s updates help keep them at the forefront of the specialized markets in which they play. Though the core design of these vehicles isn’t as sophisticated as many rivals, both of them offer unmatched muscle-car style and a broad range of desirable features. We wouldn’t be surprised to see Dodge unveil a new SRT8 version of the Charger in the near future.