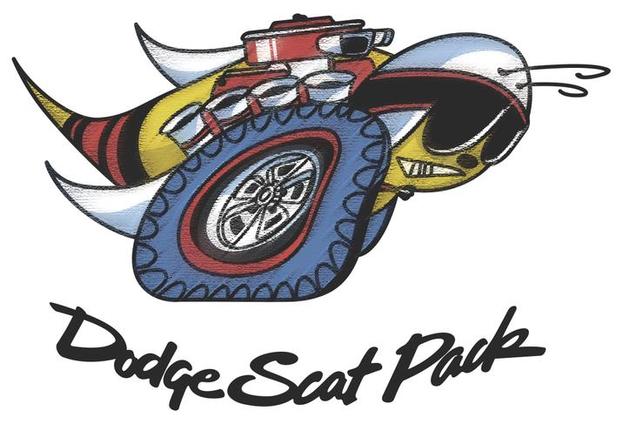 New Scat Pack packages allow owners to bump the power of their 5.7-liter Hemi engines by 18 ,30, or 58 horsepower.

Presented here is an unedited press release issued by Chrysler today. Images and captions were added by the CG Daily Drive team.

April 3, 2014 , Auburn Hills, Mich. – Dodge owners who want to upgrade their vehicles with new Scat Pack performance stage kits, first unveiled by Dodge and Mopar last November at the 2013 Specialty Equipment Market Association (SEMA) show in Las Vegas, can do so with confidence that the vehicle warranty will remain unaffected.

In an industry-first for such high-level performance modifications offered by an Original Equipment Manufacturer (OEM), the factory warranty will be maintained on 2014 Dodge Challenger and Charger vehicles modified with the Scat Pack 1, Scat Pack 2 and Scat Pack 3 performance stage kits with installation at an authorized dealer. 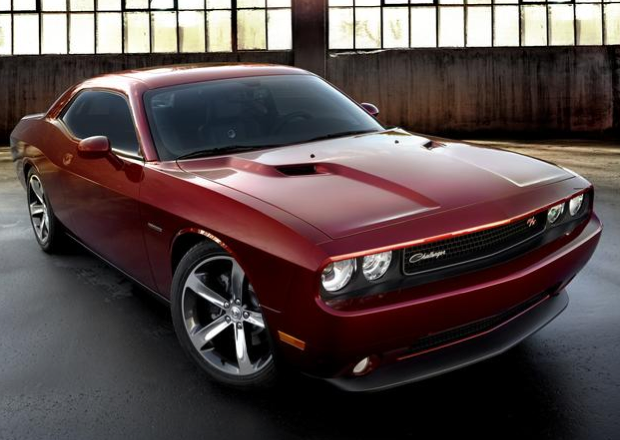 “The Scat Pack factory stage kits can help boost 5.7-liter HEMI performance up to an additional 58 horsepower and 47 lb.-ft. of torque, allowing Dodge enthusiasts to extract the maximum performance from their vehicles without the fear and guesswork typically associated with modifying late-model vehicles,” said Tim Kuniskis, President and CEO, Dodge Brand. “And now with a warranty guarantee, they can do so with the peace of mind that their manufacturer’s warranty remains intact.”

“The new Scat Pack kits reinforce our commitment to the performance arena,” said Pietro Gorlier, President and CEO of Mopar, Chrysler Group LLC’s service, parts and customer-care brand. “By maintaining the vehicle warranty, we are demonstrating to customers our confidence in the kits, which were built to exactly complement the Dodge Challenger and Dodge Charger by working hand-in-hand with the engineers who use factory specs to create these vehicles — exclusive knowledge available only to Mopar.”

Mopar and Dodge also revealed specifics on pricing and performance benchmarks for the trio of Scat Pack performance stage kit options. The Scat Pack 3 stage kit will provide a boost of nearly 60 horsepower and close to 50 lb.-ft. of torque — numbers currently unmatched by any OEM without the use of a forced-induction system.

The Scat Pack 1 performance stage kit for the 2014 Dodge Challenger and 2014 Dodge Charger achieves a boost of up to 18 horsepower and 18 lb.-ft. of torque through modifications including a Mopar cold-air intake to provide increased air-flow into the engine, Mopar cat-back exhaust to free up downstream airflow, and an all-new performance calibrated engine controller, optimized to the 5.7-liter HEMI® engine.

Read: ‘Of Parts and Performance: Chatting with Mopar’s Pietro Gorlier’

For the 5.7-liter HEMI, Scat Pack 2 adds up to a 30 horsepower bump and is geared towards the performance enthusiast looking for that competitive edge. In addition to a customized, optimized performance calibration feature tailored for Scat Pack 2, a new Mopar performance camshaft works in conjunction with the components of the Scat Pack 1 kit to take advantage of improved engine breathing and deliver an additional acceleration advantage.

Works in conjunction with Scat Pack 1 and features:

Works in conjunction with Scat Pack 1 & 2 and features: 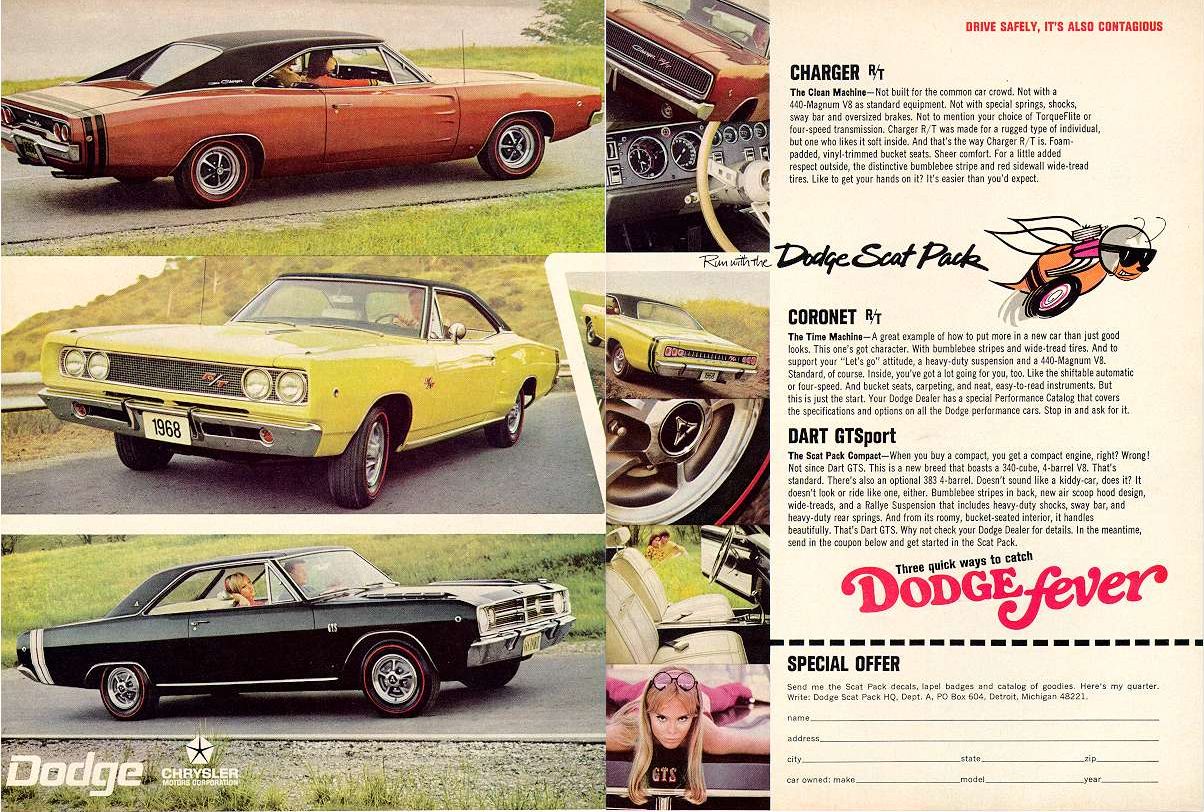 The Scat Pack name and logo date back to 1968. This ad represents a fairly early appearance of the icon.