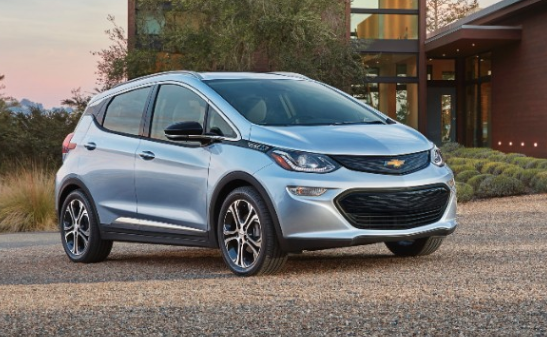 The Bolt EV’s 60 kWh lithium-ion battery enables an estimated driving range of 200 miles. Chevy says the Bolt can be charged to a range of 50 miles in less than 2 hours on a 240-volt charger, and a range of 90 miles in 30 minutes on a DC Fast Charge. 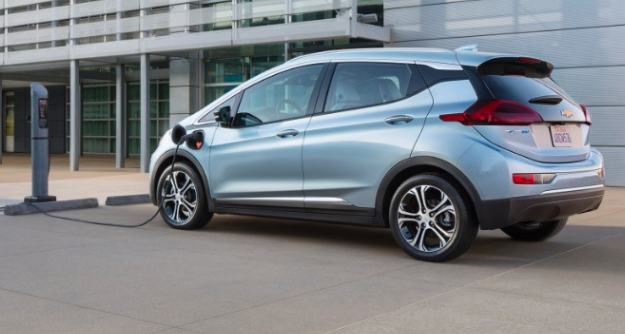 Chevrolet refers to the Bolt EV as a 5-passenger crossover utility vehicle, though it casts a decidedly compact shadow. Its overall length is 164 inches on a 102.4-inch wheelbase, with an overall width of 69.5 inches.

Chevrolet promises the Bolt will boast a surprisingly fun-to-drive character for an electric vehicle. Its motor can produce up to 200 horsepower and 266 lb-ft of torque, and Chevrolet says the 0-60 mph sprint happens in less than seven seconds. When driving the Bolt EV in “Low” mode or by holding the “Regen on Demand” paddle on the steering wheel, the regenerative braking system can provide “one-pedal” driving—where the vehicle can be brought to a complete stop in in certain driving conditions—simply by lifting off the throttle pedal.

The Bolt EV is scheduled to go into production late this year, which would put vehicles in showrooms at the end of 2016 or early 2017. Pricing should come in at $37,500, which drops to $30K after federal tax incentives.

With the forthcoming Bolt EV, Chevrolet looks to be scoring a pretty big coup—the bragging rights of being the first to market an affordably priced pure-electric car with a 200-mile driving range. What’s more, it promises to be a peppy, fun-to-drive vehicle that also offers decent everyday versatility.