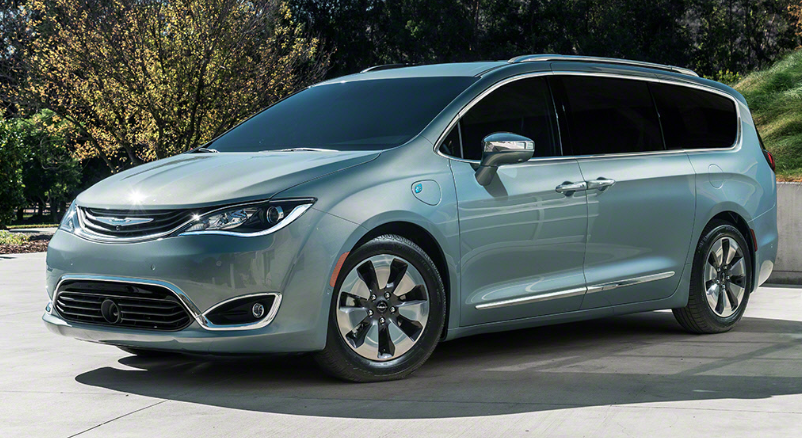 Strangely, Chrysler is abandoning the long-running Town & Country name for its minivan’s redesigned replacement due in late spring as a 2017 model. Instead, the company is going with “Pacifica” … odd, because the last vehicle to bear that badge – a sport-luxury 3-row crossover sold from 2004 to 2008 – was not exactly a resounding success.

This version will likely do better. In a tip of the hat to its namesake, the new minivan will be longer, lower, and wider with a roofline that tapers toward the rear, have more bodyside “tumblehome” (convex curvature of the side panels as seen from behind), a longer wheelbase, shorter front and rear overhangs, and 20-inch wheels to replace the previous “stodgy” 17s. Also on board will be LED lights and an available tri-pane sunroof. 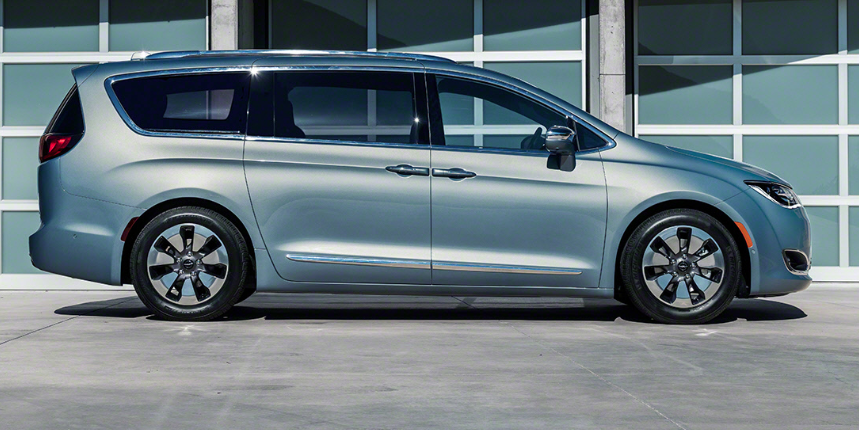 New features can also be found inside. Pacifica is scheduled to get a theater-like video system with dual 2nd-row screens, built-in vacuum cleaner, adaptive cruise control, park assist, and hands-free sliding side doors and liftgate. Returning will be Chrysler’s famed “Stow ‘n Go” 2nd– and 3rd-row seats that fold flush into the floor.

The base powertrain will be a returning 3.6-liter V6, now tied to a 9-speed automatic transmission vs. the current 6-speed. Said to be coming later is engine stop-start technology to boost city fuel economy. In an age where all-wheel drive has been finding its way into more and more cars, the Pacifica will offer only front-wheel drive – at least at first. (When queried, a Chrysler spokesperson said the new platform was designed to support it, and that, “it’s under study.”)

But the big powertrain news is that a plug-in hybrid version is also due to be offered. Called “eHybrid,” it will use the 3.6-liter V6 with an electric motor boost to achieve an 80 MPGe EPA rating. Chrysler says its 16kWh battery (which will be mounted in the well in which the 2nd-row seats normally fold, thereby eliminating the Stow ‘n Go feature) can provide up to a 30-mile range on just electric power.

While it’s hard to make a minivan exciting, Chrysler is clearly giving it a shot. Like its Pacifica namesake, the new model is aimed at being a little sportier than the people-mover norm, with the new version retaining – and even adding to – its family friendly virtues. And the eHybrid looks particularly attractive, even though low gas prices have put fuel-economy news on the back page. Overall, the new Pacifica looks like a winner.