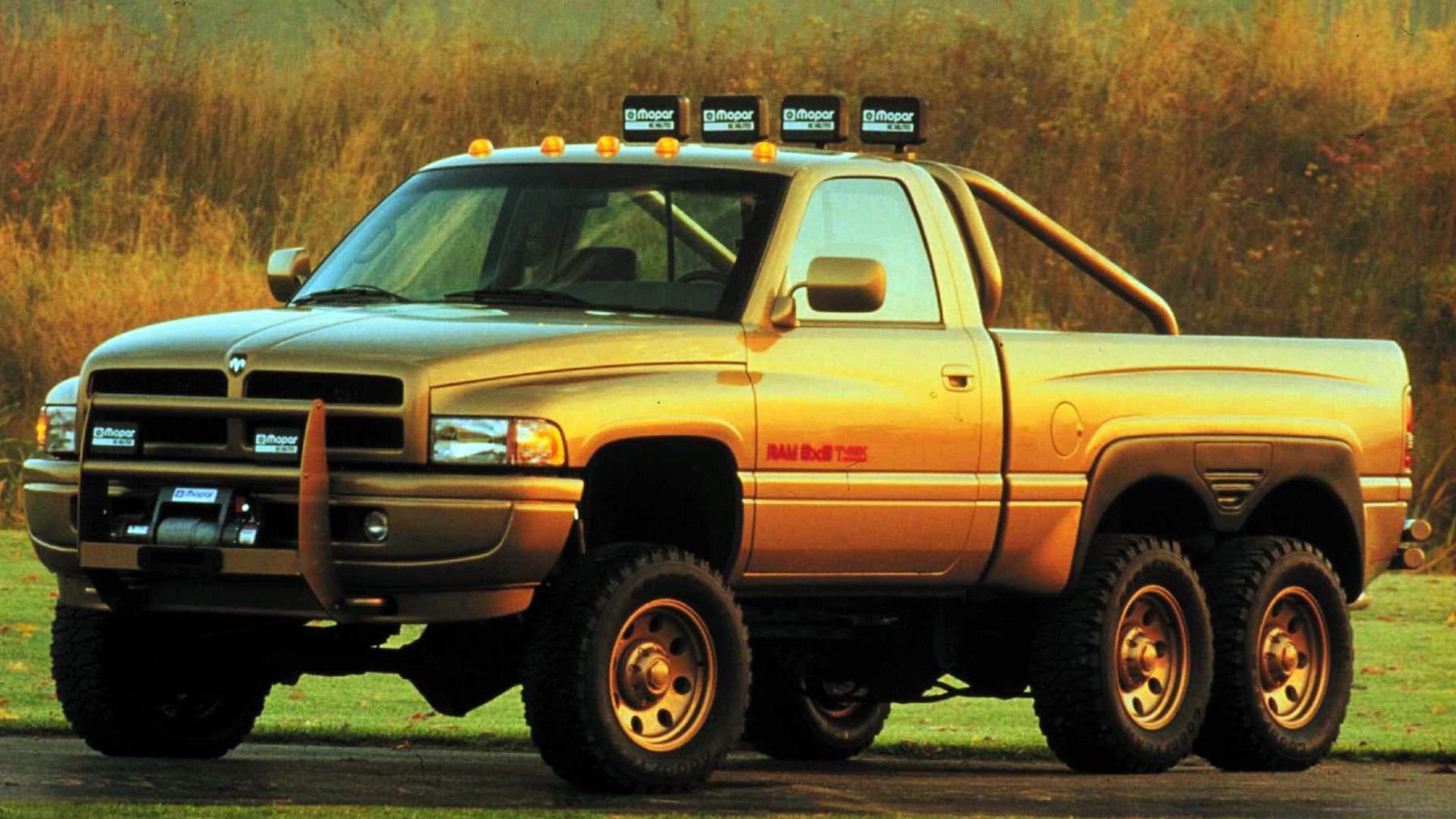 Sales Pitch: “(…it will) out off-road anything in its class, and do it with a lot more comfort.” 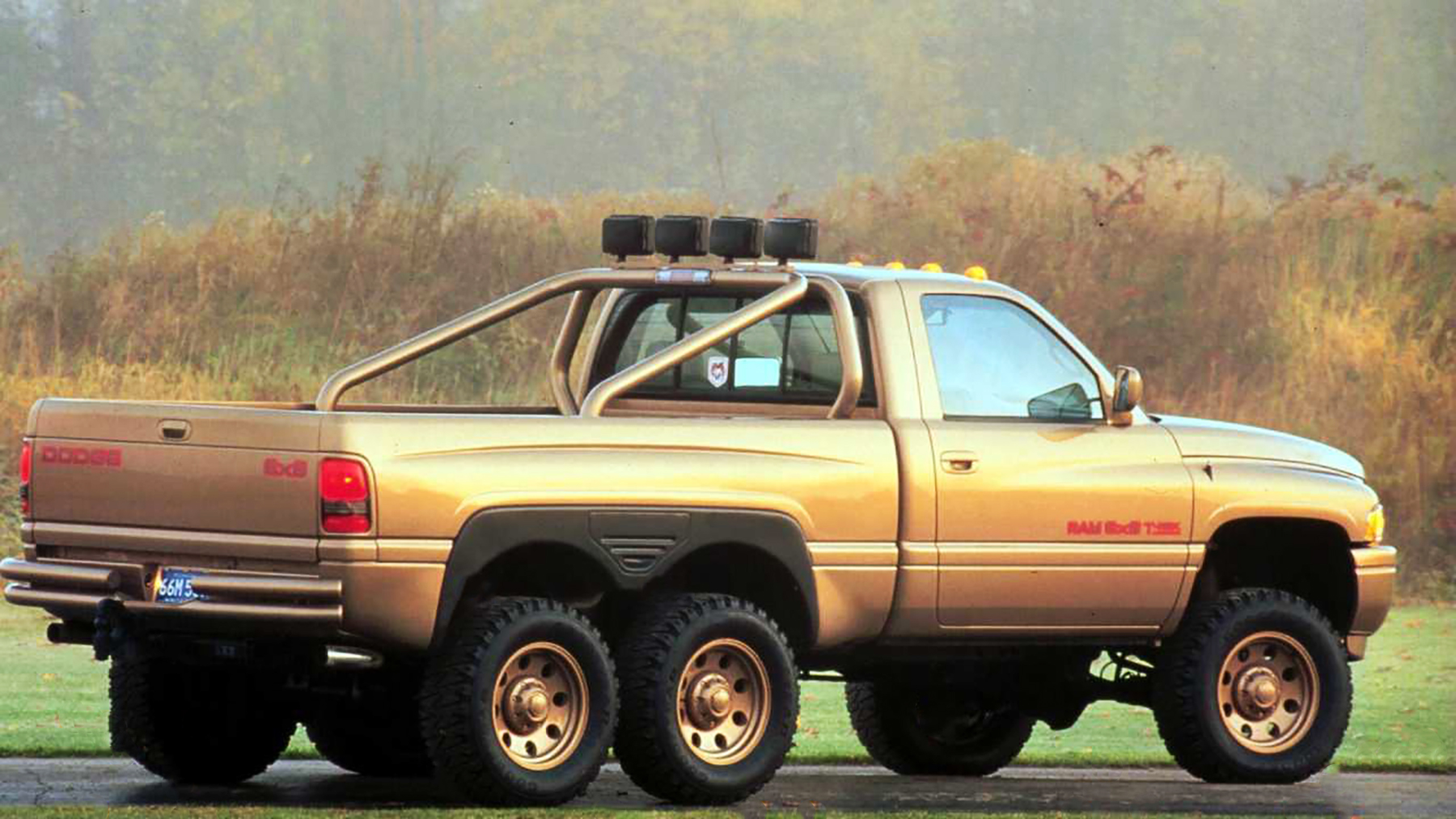 First seen at the 1997 SEMA show, the Dodge Ram T-Rex 6×6 began life as a factory-stock Ram 3500 1-ton regular-cab pickup truck. Design to be an extreme off-road machine with class-leading tow/haul capabilities, the T-Rex featured V10 power and tandem-mounted dual rear axles. Mated to a 4-speed automatic transmission, the 8.0-liter engine was said to produce 497 horsepower and a stout 593 lb-ft of torque. Instead of the dual rear wheels typically found on 1-ton pickups, the T-Rex sported dual single-axles; this The dual rear axle arrangement, utilized instead of the dual rear wheels typically found on 1-ton “duallie” pickups, was said to provide better off-road traction as well as improving maneuverability by reducing the truck’s overall width. Two transfer cases were incorporated into the T-Rex’s drivetrain. One was conventionally located aft of the transmission, the other between the rear axles. Always in “4×4” mode–both rear axles were always engaged–the T-Rex could be driven in “6×6” mode by engaging the front axle. The T-Rex was never seriously considered for production. Introduced at SEMA the same year was the Dodge Dakota Sidewinder Concept. 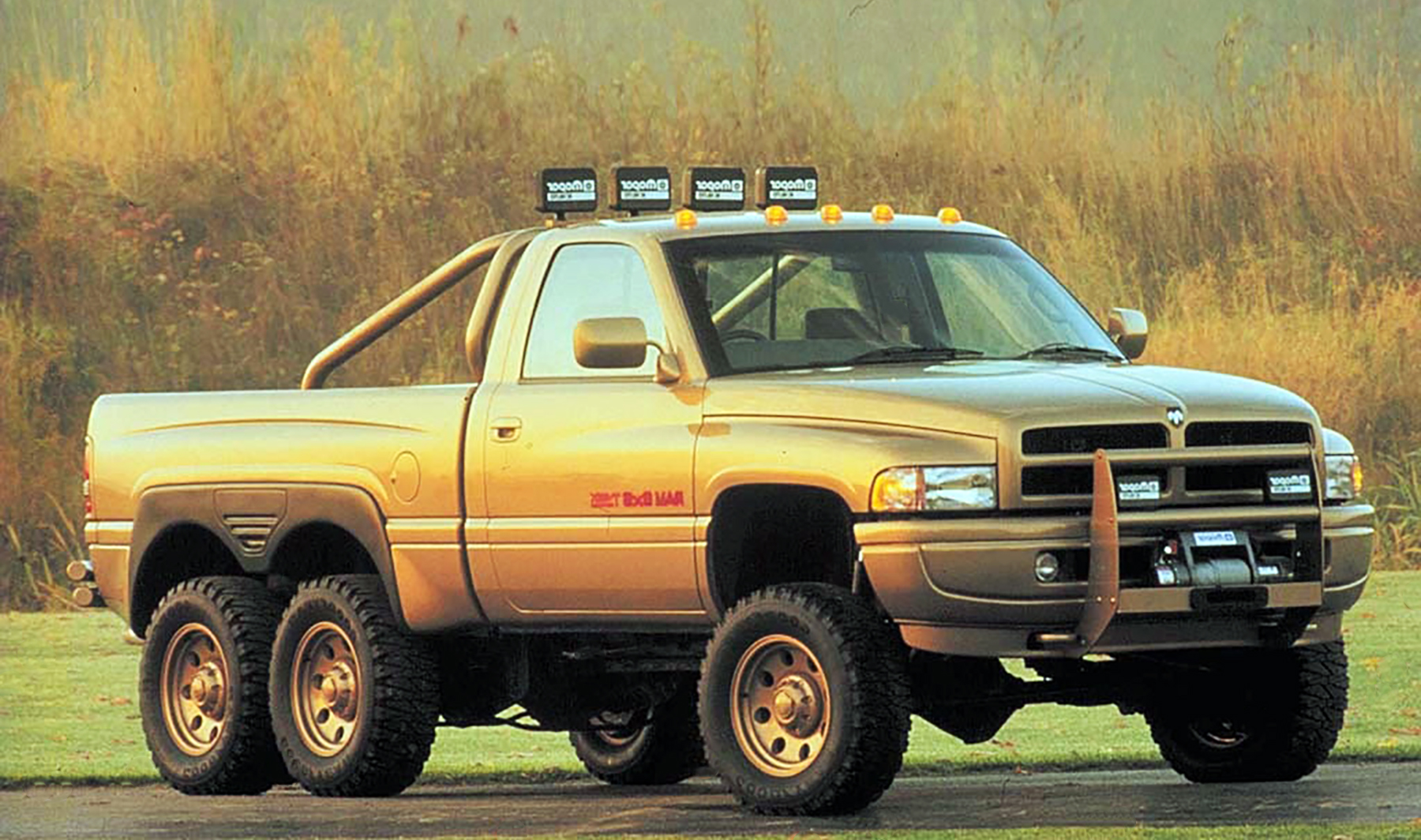 Then Chrysler president Bob Lutz said of the Dodge Ram T-Rex Concept, “We think the T-Rex can outrun, out-tow, out-maneuver, out-haul, and out-off-road anything in its class.” I don’t think Lutz was attempting to be cheeky, but what class was he talking about? Heavy-duty pickup trucks, I suppose, but there were no SIX-WHEELED vehicles in that class–then or now.

What troubles me is how amazingly gas-thirsty this vehicle must have been. In 2005, Consumer Guide evaluated the rear-drive Dodge Ram SRT-10 Quad Crew, and saw just 9.2 mpg in routine testing. Add another axle, 6-wheel drive, and muck up the aerodynamics a bit, and the T-Rex would have been lucky to break 7 mpg on a good day.

Dodge, now Ram, is back in the big, powerful, full-size off-road pickup game for 2021. The Ram 1500 TRX features serious off-road equipment plus a 702-horsepower supercharged Hemi V8. We look forward to spending some time with that rig. 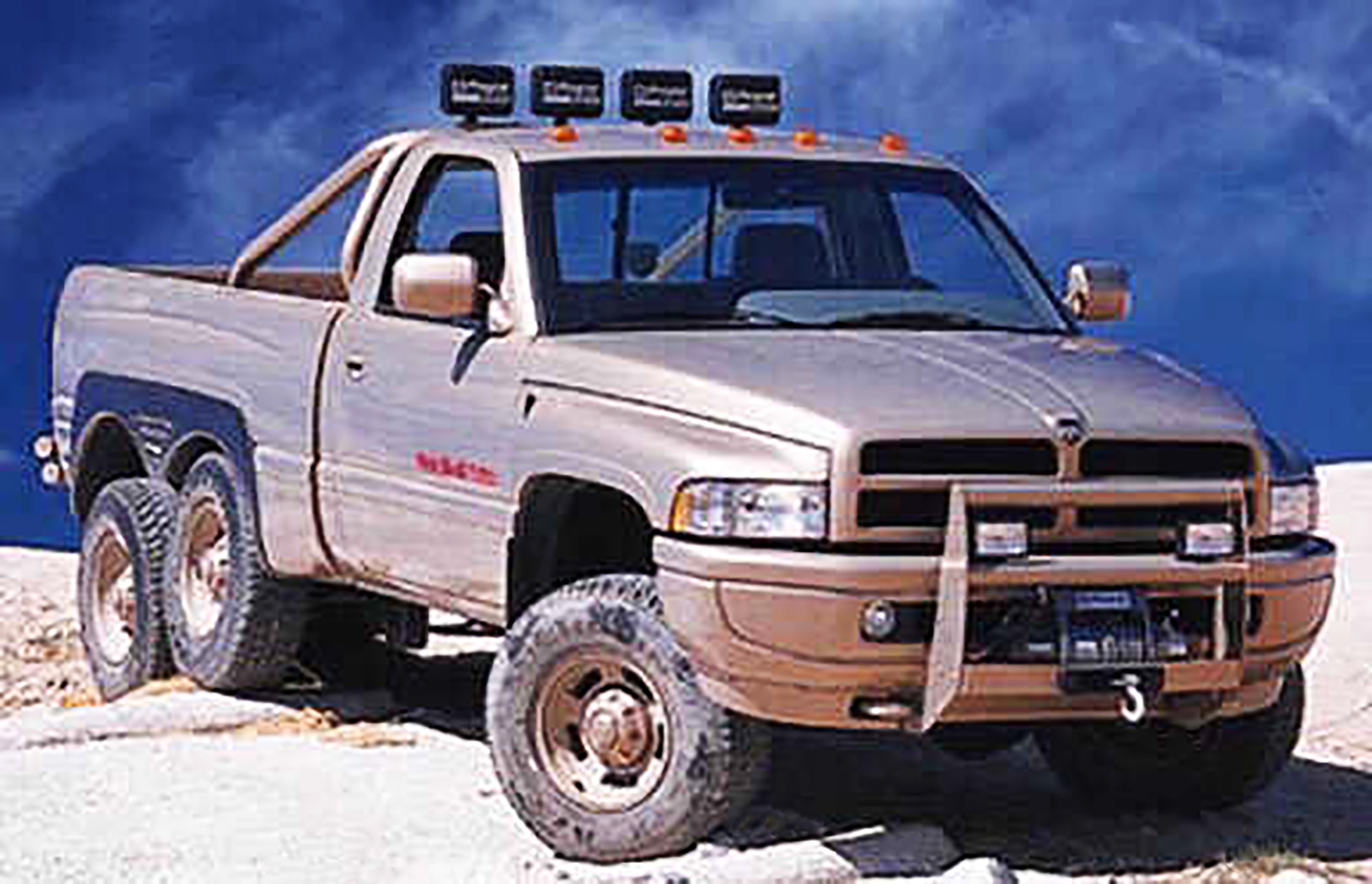 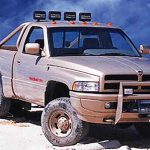 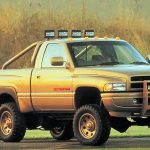 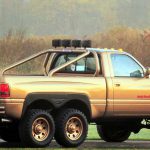 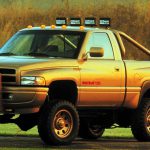