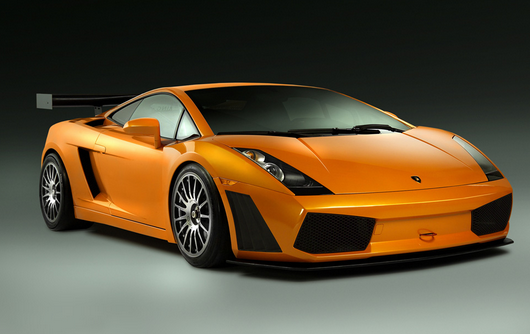 The 2015 Lamborghini Cabrera is unlikely to stray far from the maker’s chiseled, angular design template.

An evergreen supercar favorite is redesigned with more power, less weight, and—says the rumor mill—very edgy new styling. Like the Gallardo it replaces, the “entry-level” Cabrera should be offered in all manner of special editions with rear- and all-wheel drive.

The 2015 Lamborghini Cabrera is the renamed, redesigned replacement for the decade-old Gallardo, the all-time best-selling model for the famed Italian supercar brand. Lamborghini celebrates its 50th anniversary in 2013, and a thinly veiled Cabrera concept is expected at the autumn Frankfurt Auto Show as part of the celebrations. The production model, codenamed LP724, is slated to start sale in calendar 2014, perhaps toward the end of the year, so the Cabrera will almost certainly be a 2015-model U.S. debut. The new “entry-level” Lambo will launch with a lone coupe model, followed by a soft-top Spyder convertible. Special editions of both are sure to be added later on to keep sales afloat once the early novelty value wears thin.

Automobili Lamborghini SpA is part of the Audi division at Volkswagen Group, Europe’s largest automaker. Audi’s mid-engine 2-seat R8 is a sister car to the Gallardo. The Cabrera will bear a similarly close design relationship to the second-generation R8 that’s expected to surface in calendar 2015.

Incidentally, the Cabrera handle maintains Lamborghini’s tradition of naming cars after famous Spanish fighting bulls. The latest example is the flagship V12-powered Aventador, introduced two years ago. Past examples include the Gallardo and the classic late-1960s Miura.

Based on reporting by Britain’s Autocar magazine and others, plus “spy” photos of camouflaged prototypes, the 2015 Lamborghini Cabrera amounts to a somewhat longer Gallardo with fresh styling, a lighter structure, and a more-powerful 5.2-liter V10 engine mounted behind a 2-seat cockpit. All-wheel drive and rear drive will again be available; the latter should again feature on high-performance specials. Other conceptual carryovers include classic 4-wheel double-wishbone suspension, large 4-wheel disc brakes with ABS and integrated stability system/traction control, and a “cab forward” profile with a short sloping nose, a long tapering roofline, and a clipped tail with integrated spoiler. Gallardos currently roll on 19- or 20-inch lightweight alloy wheels, and these, too, should continue for the Cabrera.

Changes begin with a so-called “modular spaceframe” structure that mixes aluminum and carbon-fiber elements, in contrast to the Gallardo’s all-aluminum affair. This new skeleton not only facilitates component sharing with the next-generation Audi R8, it allows that car to be slightly longer than the Cabrera between wheel centers and end-to-end. It also helps trim the new Lambo’s curb weight by some 60 pounds versus the Gallardo. According to Autocar’s Greg Kable, Lamborghini engineers are working to keep the AWD Cabrera at the same 3306 pounds as the equivalent Gallardo.

In addition, Kable reports that styling for the 2015 Lamborghini Cabrera should be in the multifaceted, Stealth-fighter mold of big-brother Aventador; the wild, one-off 2013 Egoista concept; and the 2011-2012 Sesto Elemento, (“Sixth Element” in Italian), a limited-run exercise in virtually all-carbon construction (just 20 built and sold at over $1 million each). Body panels will remain non-load-bearing pieces attached to the inner skeleton; some will be made of aluminum, as before, while others will be rendered in carbon-fiber-reinforced plastic instead of conventional thermoplastic.

Dimensionally, the Cabrera is reportedly quite close to the Gallardo in width and height, but will be about 1.5 inches longer in wheelbase and some 6 inches overall. Those gains might translate to a bit more cabin space. Alas, there’s no word yet on interior design.

As noted, the 2015 Lamborghini Cabrera will boast an updated and uprated version of the Gallardo’s long-running twincam 5.2-liter V10. This engine is currently available in 550-, 560-, and 570-horsepower tune. Sources believe the Cabrera unit will muscled up to at least 600 horsepower. Torque is expected to swell to 450 pound-feet, up from 397 on all versions of today’s V10. A gas-saving engine idle-stop feature is an unconfirmed but likely prospect. Ditto an energy-recuperation system that ups mpg by minimizing engine drag from the alternator.

Transmission choices are unclear. Kable says a 6-speed manual will be standard, while Car and Driver reports a mandatory 7-speed dual-clutch automated manual that behaves somewhat like a conventional automatic. The latter represents an upgrade from the Gallardo’s 6-speed single-clutch “robotized” manual, but should also include steering-wheel shift paddles. We suspect the all-wheel drive system will see little change, but gear ratios will likely be altered across the board, again for improved fuel efficiency as well as reduced CO2 emissions, the latter an increasingly important consideration for Europe.

Standard and optional features can’t be confirmed, but the 2015 Lamborghini Cabrera is likely to offer most of the same items as the retiring Gallardo. At a minimum that means a cabin with body-hugging bucket seats, large swathes of leather and suede, aluminum and/or carbon-fiber accents, tech-y controls, and video-screen instrumentation. No-cost amenities should include a navigation system, high-power audio, expanded connectivity functions, automatic climate control, keyless entry/engine-start and, reflecting Audi influence, one or more driver-assistance systems like blind-spot alert, rear cross-traffic monitor, or forward-collision warning. Options should run from performance goodies such as carbon-ceramic brakes and sport exhaust to matte-finish paint and custom interior trim.

No car lasts forever, no matter how good its design and engineering. The Gallardo is no exception. Though still exciting and desirable even after 10 years (it’s been around since 2003), it doesn’t quite match the speed, handling, and style of its newer direct rivals, the mid-V8 Ferrari 458 and McLaren 12C. The junior Lambo is also looking dated against front/mid-engine 2-seat exotics like the Mercedes-Benz SLS AMG and Aston Martin’s V12 Vantage S, not to mention the just-redesigned rear-engine Porsche 911 Turbo. With such formidable foes and the Gallardo’s role as gateway to the Lamborghini brand, the Cabrera is motivated by both corporate pride and the need for a fresh product to keep sales and earnings perking along. Given the Gallardo’s long-running popularity, it’s no surprise that its replacement amounts to more of the same. Even exotic brands are mindful of the old adage “Don’t mess with success.”

Base prices for the 2013 Gallardo lineup range from just under $200K for a basic rear-drive coupe to some $260,400 for top-shelf Spyder Performante convertible. With that in mind, plus what we know of the replacement, we’d guess the Cabrera will cost 10 percent more, model for model, meaning a spread of $220,000 to some $286,500.

The Gallardo has always been a uniquely appealing junior supercar with styling, performance and handling that could only come from Lamborghini. It’s also been quite well-finished and reliable, especially for a low-production Italian exotic, a benefit of parent Audi’s mass-market manufacturing professionalism. The Cabrera appears to be more of the same and may thus disappoint some Lambo lovers. Then again, what’s wrong with a lighter, more powerful Gallardo that promises to be quicker in a straight line, stickier in corners, and a fresh feast for the eyes? Heck, it might even do more miles per gallon. So although it’s not as radical a change as the Gallardo was on its premiere, the Cabrera should be just as exciting to drive and own. Enough for another 10-year run? We wouldn’t be surprised.