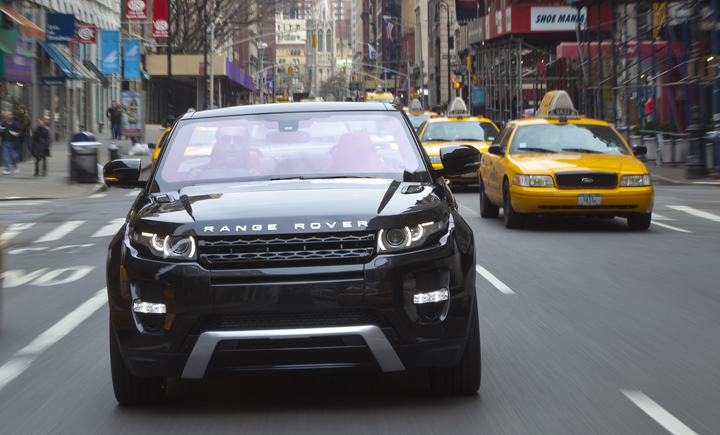 At the 2012 New York Auto Show, Land Rover celebrated its 25th anniversary in the United States—its largest market. Land Rover has sold more than 575,000 vehicles in the U.S. since the 1987 American introduction of the luxury Range Rover SUV. I don’t want to throw a wet blanket on the celebration, but Land Rover was in the States long before ’87.

The first Land Rover was introduced in 1948. Due to Britain’s postwar austerity, automakers had to export a large portion of production to get rationed steel. The Rover car didn’t have much export potential, but a Jeep-like 4-wheel-drive Land Rover prototype did. It had a simple but rugged frame and mechanicals. An aluminum body reduced the use of rationed steel. Britain’s colonies and former colonies loved it. Soon, Land Rovers were traversing Africa and anywhere else where paved roads were rare. At one time, it was claimed that for a third of the world’s population, a Land Rover was the first vehicle ever seen. Land Rover started exporting to the U.S. in the early Fifties. In the home of Jeep, Land Rover sales were limited, but the marque had a loyal following.

In 1970, Land Rover introduced the Range Rover. Many credit this as the first luxury SUV. It had full coil suspension and a V8 engine. It could cross muddy fields or cruise Motorways in comfort at nearly 100 mph. Rover thought farmers and country vets were the target market, but Ranger Rovers quickly became a status symbol in London’s West End. Rover was selling all the Range Rovers it could build (between strikes) in the UK and the rest of world, so it didn’t bother modifying them to meet the Yanks’ messy federal regulations. By ’74, Rover’s parent company, British Leyland, didn’t have the money to federalize the Land Rover and left the American market—just as the country was in the midst of a 4-wheel-drive craze.

The Range Rover became more luxurious and more popular as the years went by. Americans who have read about Range Rovers or seen them in movies could only be envious. Range Rover’s combination of status and ruggedness was just the thing for the more adventurous Yuppies. In 1987, they got their wish when Land Rover reentered the American market with the Range Rover. A less expensive Discovery followed for soccer moms. Even the original Land Rover returned for a while, but in a high-trimmed, V8 version known as the Defender 90 and 110.

Land Rover marked its 25th year in the U.S. (Land Rover math) by displaying a 1987 Ranger Rover along with a possible convertible version of the new Range Rover Evoque and a concept DC100. The DC100 is a modern interpretation of the rugged Defender. Off-road ability is the emphasis of the DC100, which features an air-intake snorkel for wading streams and a winch for the unlikely event it gets completely stuck.

To demonstrate the off-road abilities of the current 2012 Land Rovers, an off-road course was built in New York’s meatpacking district. Vintage Land Rovers displayed at the course included: 1987 Range Rover, 1993 Land Rover 110, 1995 Range Rover Classic, 1995 Camel Trophy Discovery, and a 1966 Series IIA. The celebration proved that Land Rover is good off road, but I still question its math skills.