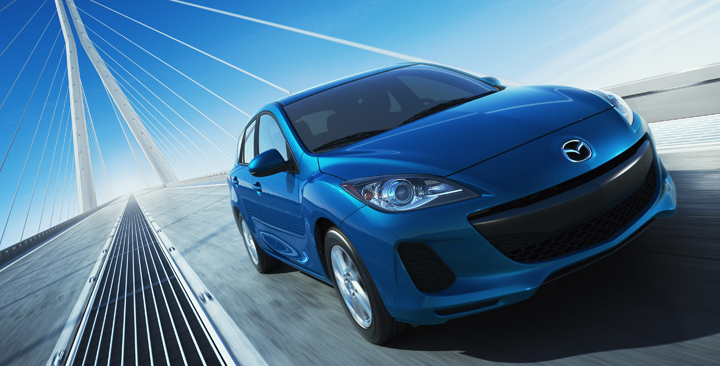 Can an engine save a car company? That’s what Mazda is about to find out.

Times are tough for the small Japanese automaker. Stagnant sales and a very strong Yen (Mazda makes most of its vehicles in Japan) are putting a damper on profitability. The dissolution of its alliance with Ford hasn’t helped, either. It’s at the point now where the company recently announced its intention to offer buyout packages for some of the 700 people it employs at its North American headquarters in Irvine, California.

A new suitor with whom Mazda can partner would be helpful. Some think Volkswagen would be a good fit, though after its recent falling out with Suzuki, the Germans would be understandably squeamish about going back to the Pacific Rim again in the near future. Other rumors suggest that Fiat, which is aligned with Chrysler, might be interested. With Sergio Marchionne & Co. looking to bring Alfa Romeo back to the U.S., we can’t see a Fiat/Chrysler/Mazda partnership in the cards.

For now, Mazda must go it alone, and it won’t be easy. We love most of the products in its North American portfolio. The subcompact 2, compact 3, we-don’t-know-what-to-classify-it-as-so-we-call-it-a-midsize 5, sporty MX-5 Miata, and crossover CX-9 are all Consumer Guide award winners. Unfortunately, this hasn’t really translated into sales success. The 3 is by far Mazda’s best seller, and while it’s built on a very solid foundation (the now-discontinued Volvo S40), it’s getting long in the tooth.

Electrification is in the cards for Mazda, but not for the immediate future. Lacking the resources to develop fancy hybrid (think Toyota Prius), electric (think Nissan Leaf), or something in between (think Chevrolet Volt), Mazda’s plan is to reinvent the (fly)wheel by extracting the untapped potential of a vehicle’s most basic systems: the engine, transmission, and body structure. The company calls this holistic approach SKYACTIV.

SKYACTIV’s basic premise is this: Reduce fuel consumption and emissions by reducing weight and friction and increasing combustion. The company is applying these principles to both gasoline and diesel engines. Direct fuel injection burns fuel more completely, resulting in burning fuel more cleanly with fewer unwanted by-products. The SKYACTIV diesel engine in particular needs  only a bit of extra filtration to pass U.S. emissions, rather than a complex, expensive exhaust after-treatment system.

Fewer mechanical parts in the transmission and related systems mean less energy is lost through friction and pumping. Increased use of lightweight, high-strength steel lowers unsprung weight while maintaining structural integrity and safety.

None of these things are revolutionary on their own, but Mazda is hoping to find success when it’s all put together. For now, the company is taking a gradual approach to rolling out SKYACTIV. The first SKYACTIV engines and transmissions arrived in the 2012 Mazda 3, with good results in our testing. The cars remain fun to drive and achieved solid fuel economy: 26 mpg in almost all city driving and more than 32 in a more even mix. One driver broke 40 in mostly highway travel.

The first full SKYACTIV vehicle (engine, transmission, and body), the 2013 Mazda CX-5, is starting to arrive at dealerships. We just welcomed one to our extended-use fleet, so for the next year we’ll see if it lives up to the company’s promise of greater efficiency without compromise to the fun-to-drive nature upon which the brand has built its reputation.

The real test will come when the diesel engines come to North America. Mazda is the only Japanese automaker committed to bringing oil burners here. It’ll be at least another 12 months before that happens, as we’re guessing the first application of this engine will arrive in the form of the next-generation Mazda 6. You should be able to see a rough idea of that car’s design from the Mazda TAKERI Concept, which made its North American debut at the 2012 New York Auto Show.

With all the trouble facing Mazda, 12 months will probably feel like an eternity. The SKYACTIV 3 and CX-5 will need to resonate with shoppers in the meantime. We’ll see how our long-term CX-5 test plays out, but we liked what we experienced when we previewed the compact SUV a couple months ago.

We don’t want to see Mazda go the way of Pontiac or Mercury. In the context of the brand’s current situation, refining proven technology seems to be the prudent thing to do.