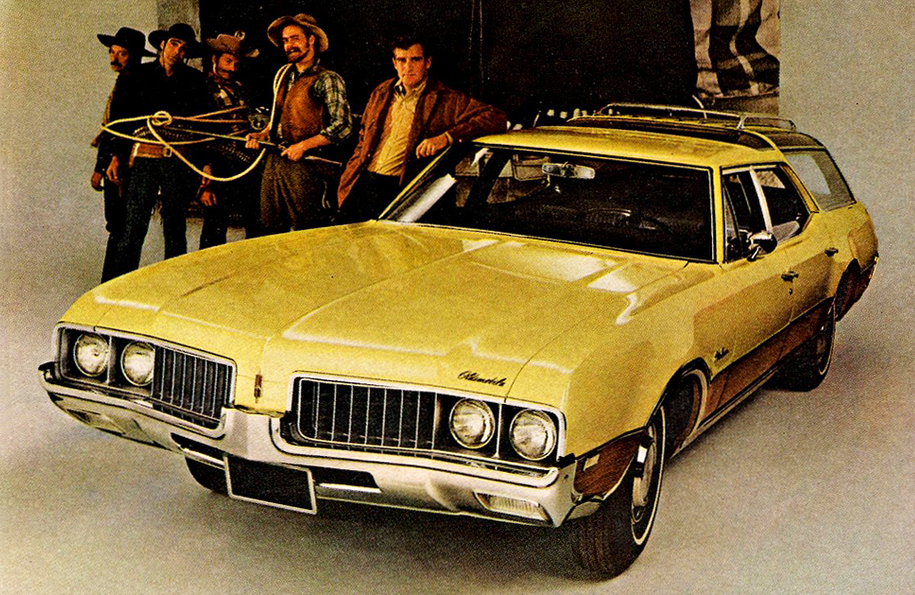 Sometimes hindsight plays tricks on us. I have always been uncomfortable that the Talking Heads’ seminal album More Songs about Buildings and Food was available on 8-Track tape.

I associate the 1978 album with a progressive musical movement that endured through the Eighties. That fact that that same music could be purchased in a lousy, short-lived format known for premature failure is difficult for me to square.

I feel much the same way about the cars and music of late Sixties. The psychedelic and highly theatric performances of bands like the Moody Blues (seen here) clash for me with the traditional mass and chromey heft of vehicles like the Cadillac Eldorado or the über pragmatic Toyota Corolla.

I realize that cultural contrast is an essential component of social evolution—but I have a hard time imaging anyone in a ’69 Dodge Polara listening to “Ride My SeeSaw.”

“My world is spinning around,
Everything is lost that I found.
People run, come ride with me,
Let’s find another place that’s free.”
…

No matter the changing times, 1969 was a great year for new cars. Collected here are ten classic ads from that tumultuous year—none of which seems to reflect the changing times. If you have a favorite among the cars shared here, tell us which it is. The place to leave comments is down below the last ad. 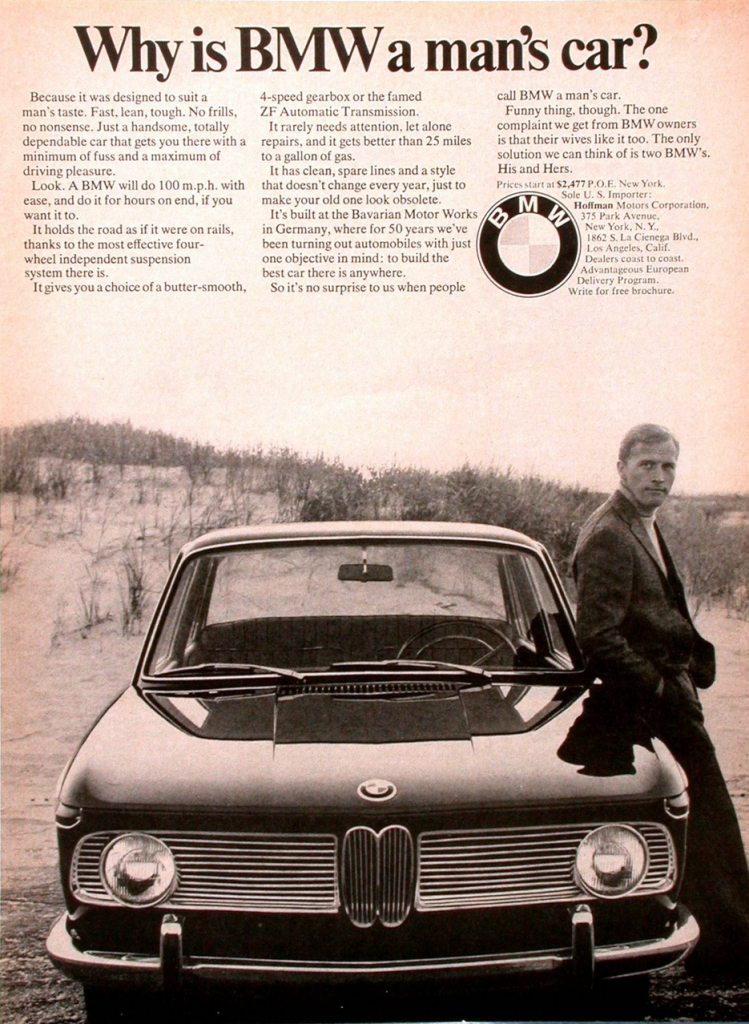 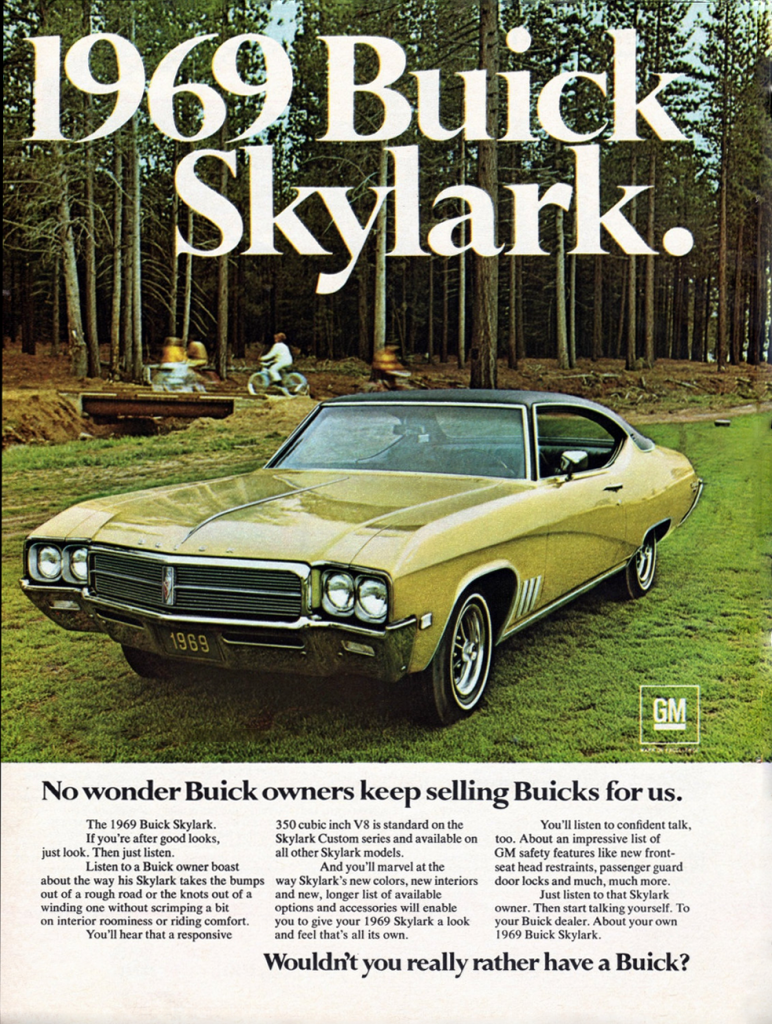 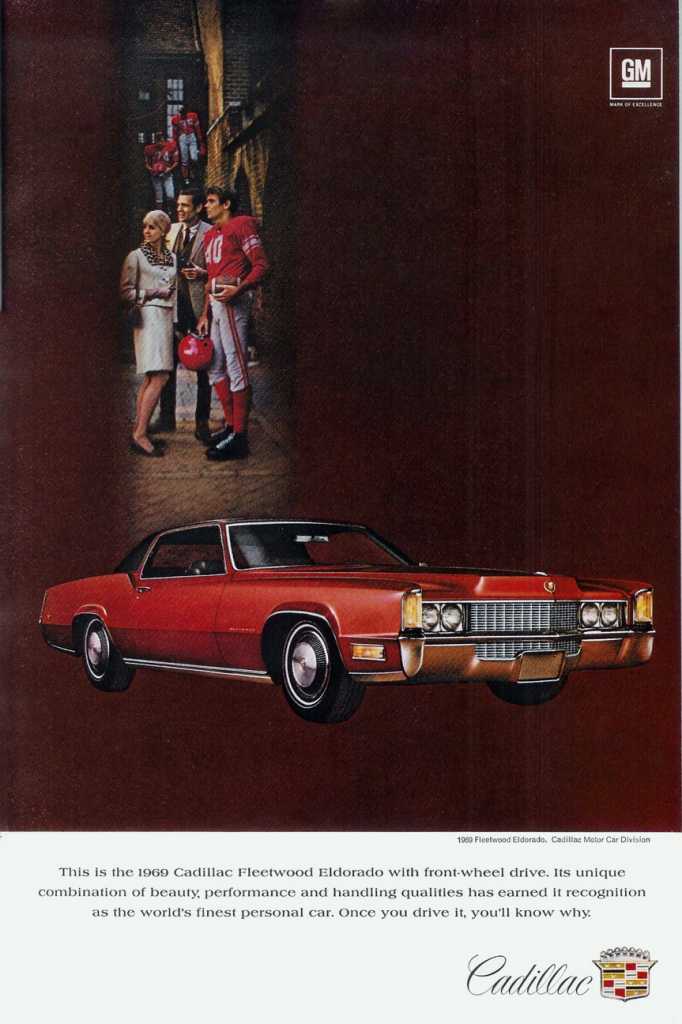 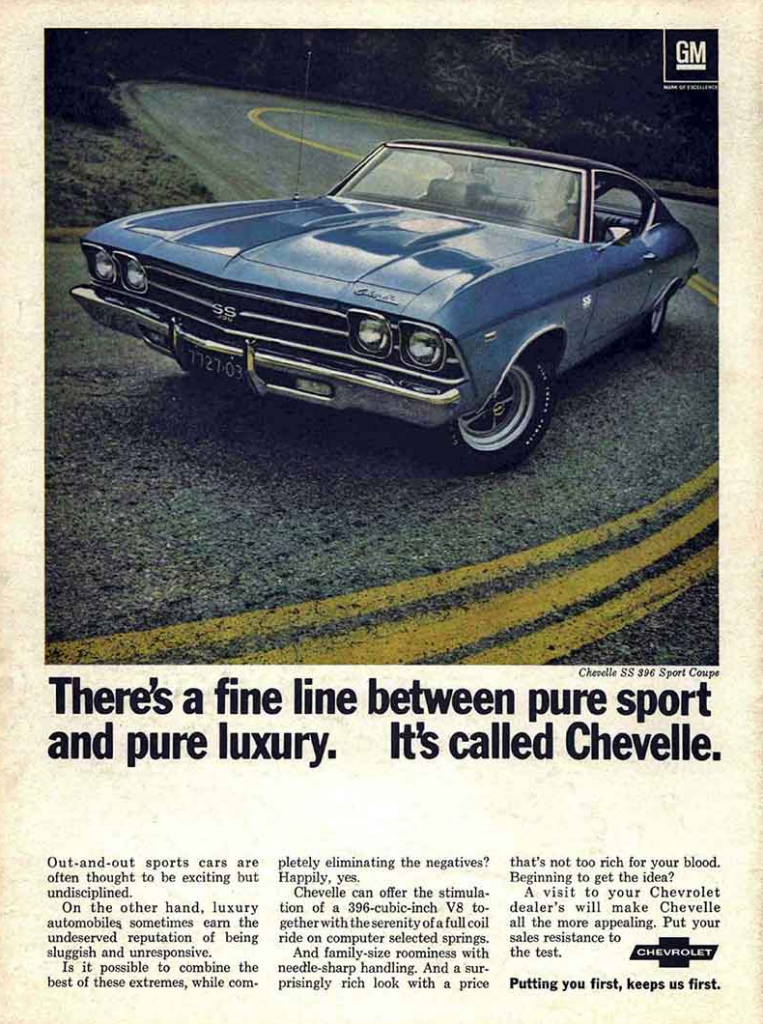 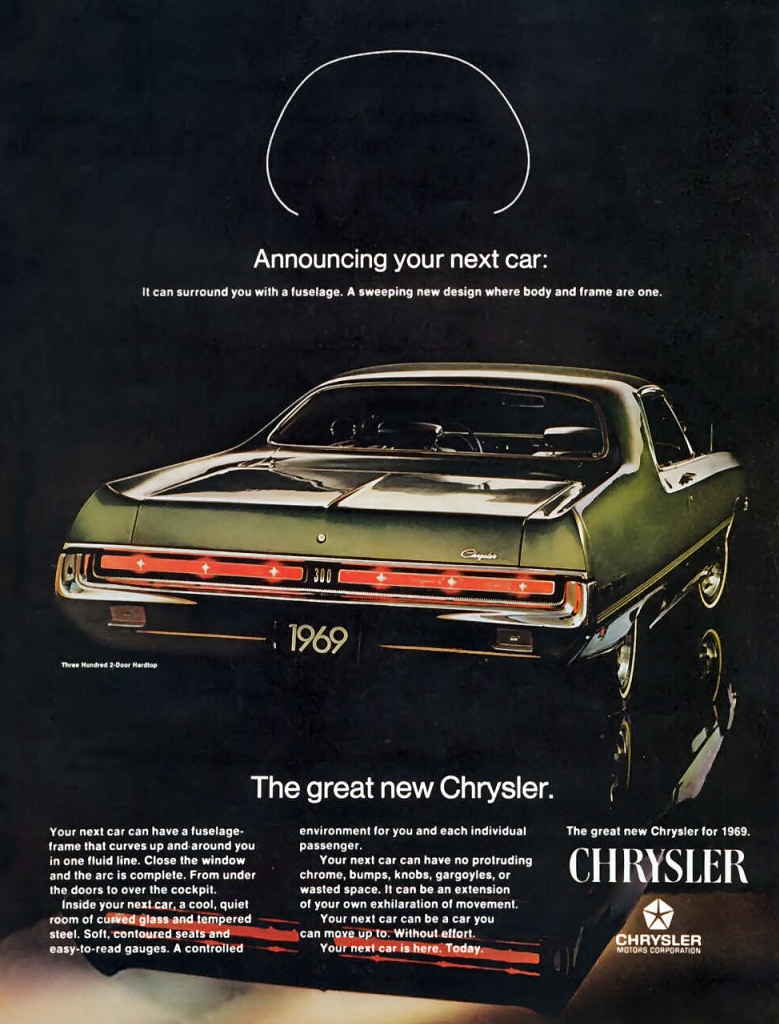 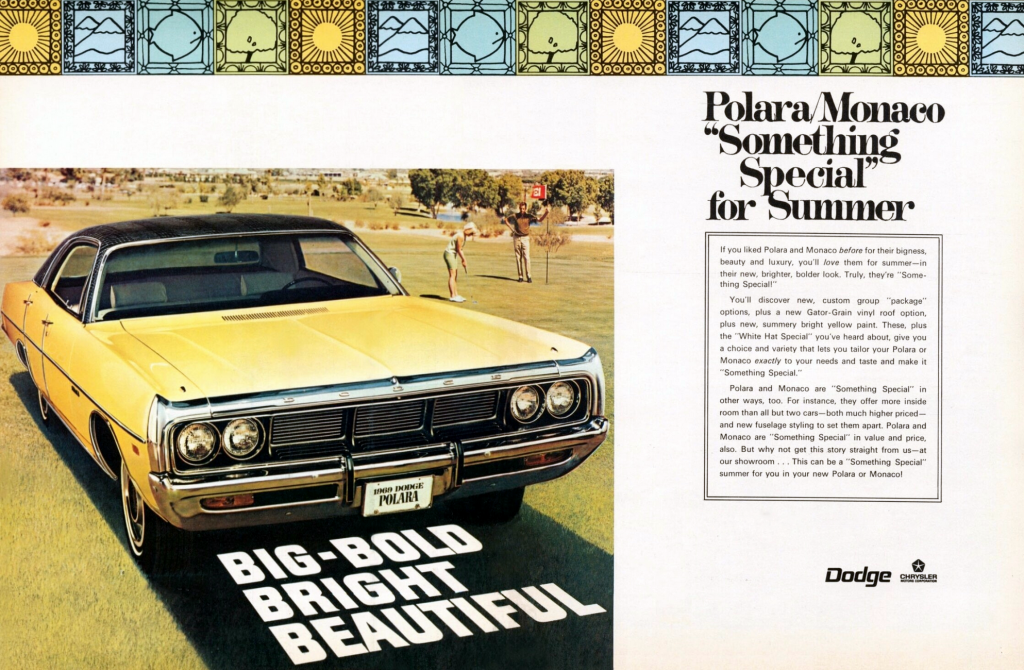 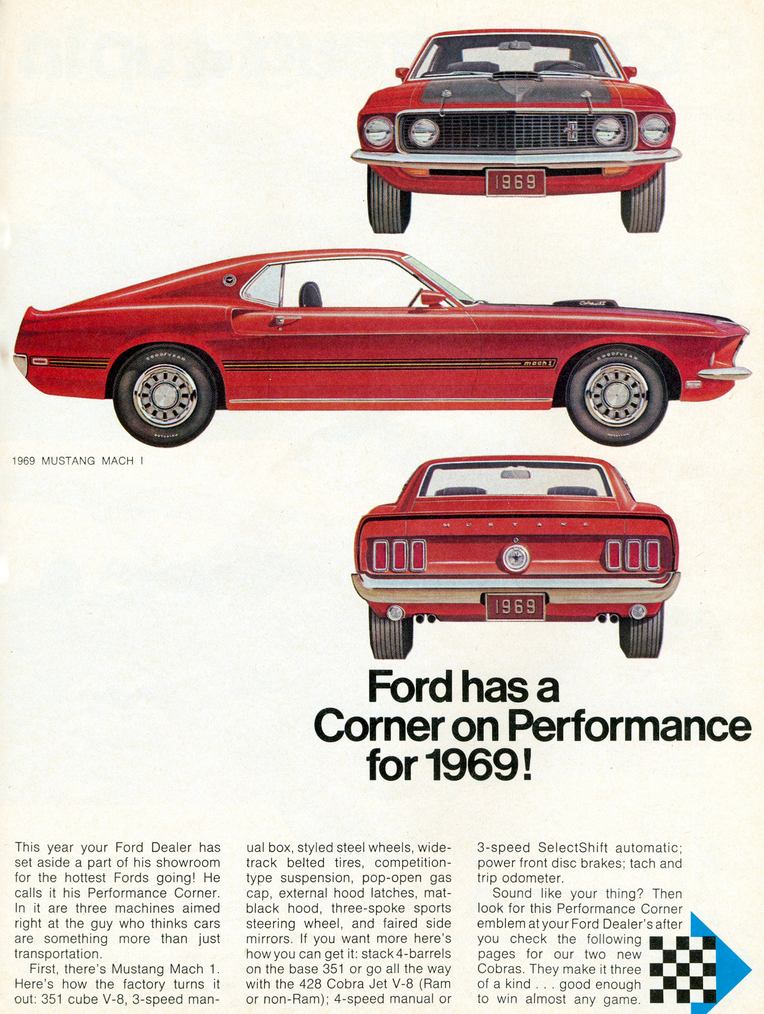 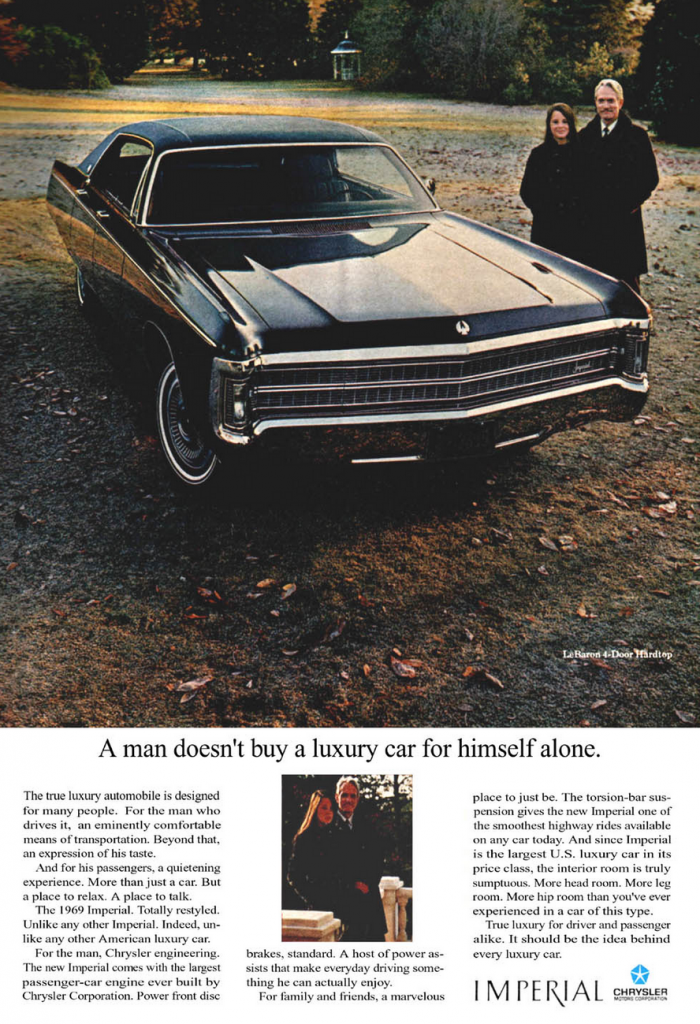 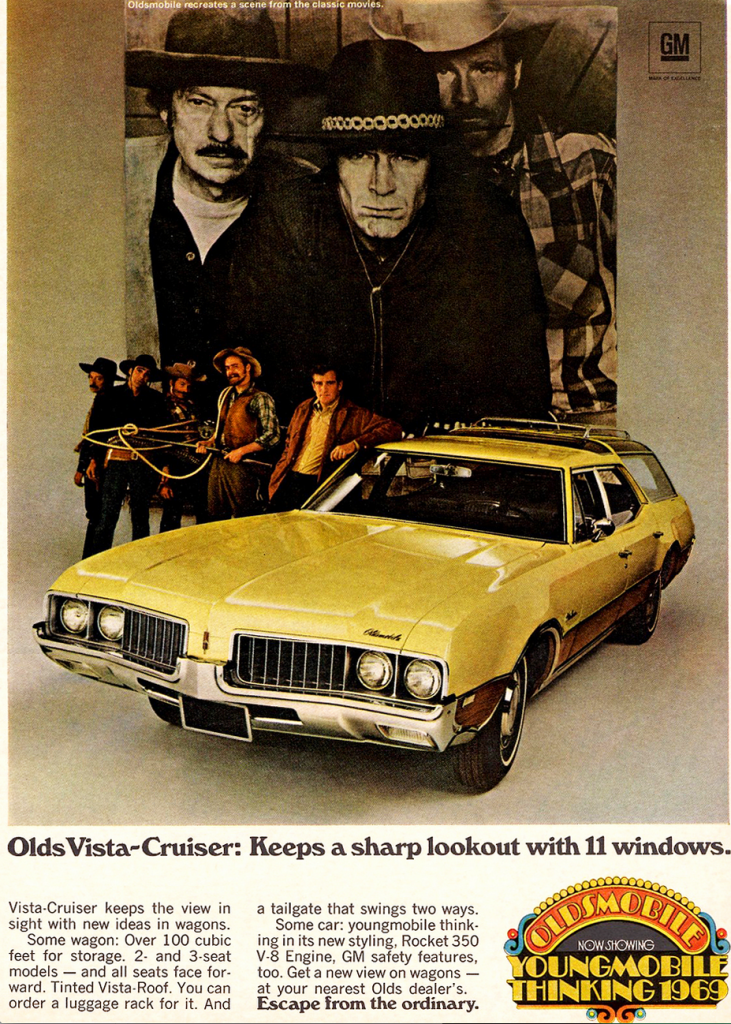 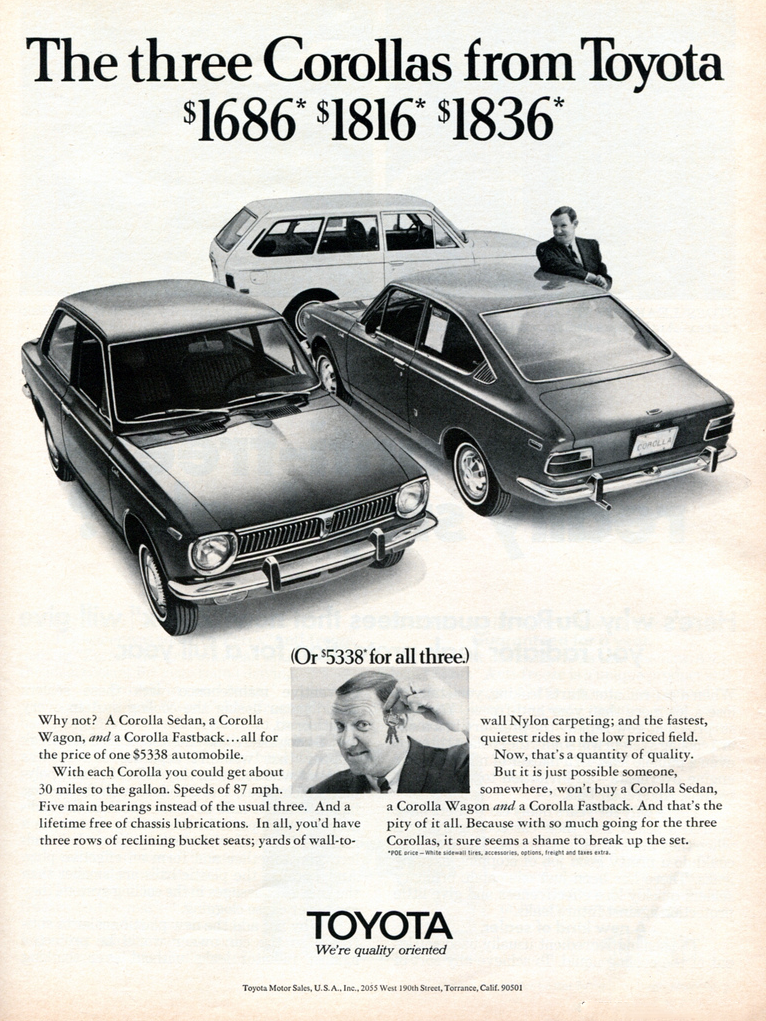