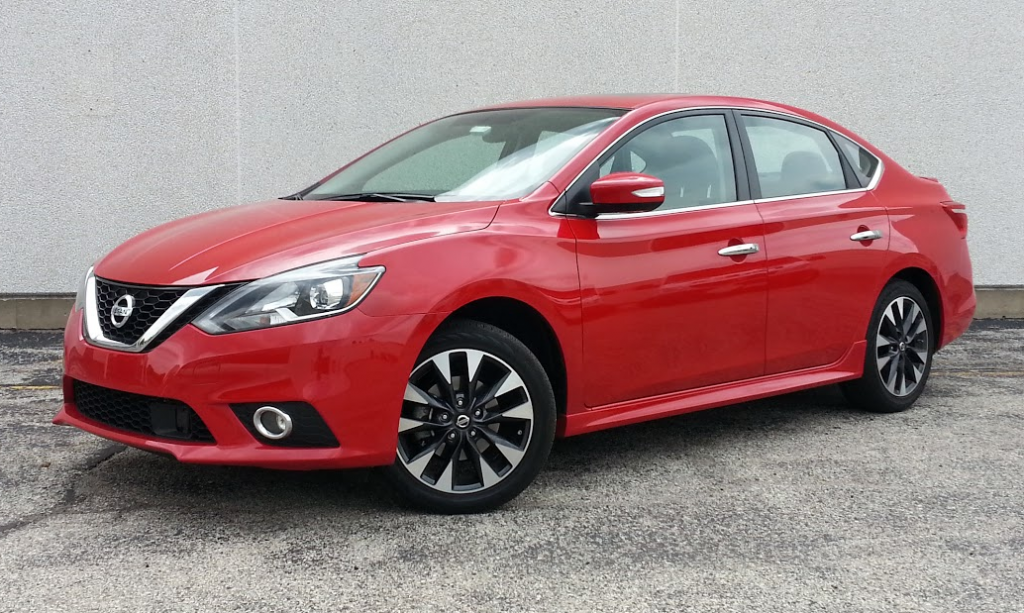 The not so good: Unrefined CVT behavior, so-so interior room

Significantly updated for 2016, the Nissan Sentra swims in a sea of stiff competition. Sentra finished fifth in the compact-car sales race for 2015, sandwiched between the Chevrolet Cruze and Ford Focus–and well behind the Hyundai Elantra, Honda Civic, and best-selling Toyota Corolla. 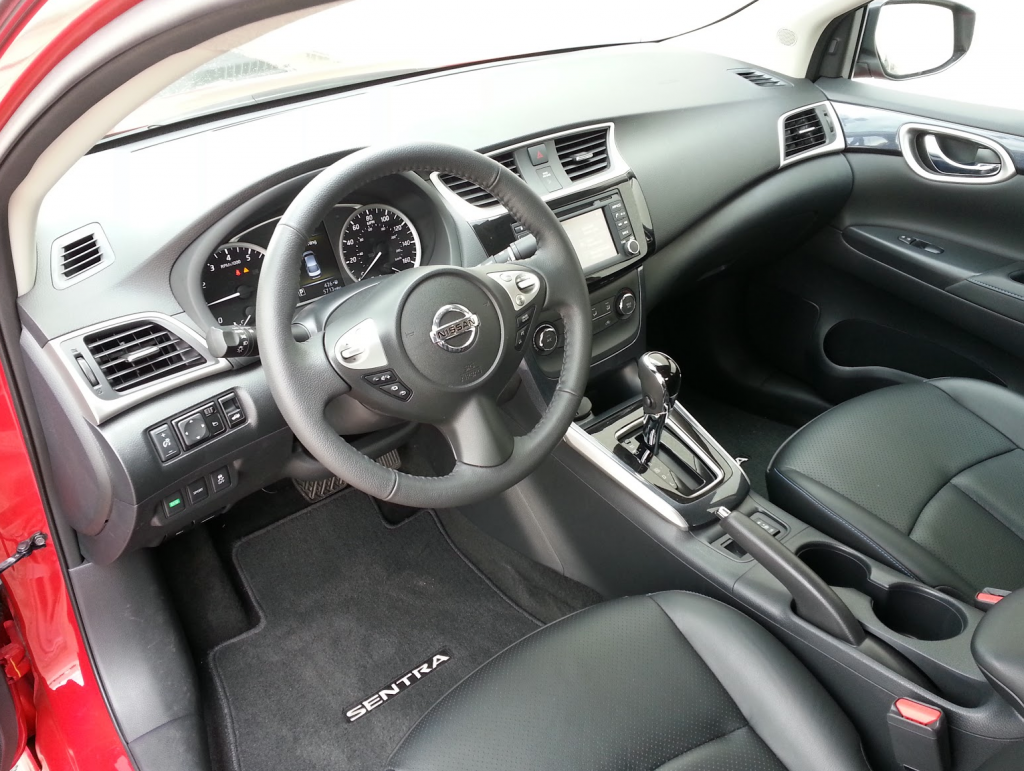 The Sentra cabin is finished nicely enough, but it’s rather narrow for the class. Large occupants will find the accommodations snug.

Nissan hopes that fresh styling, a bevy of newly available safety equipment (most of which comes bundled in the $1230 Technology Package), and the debut of a sporty SR model will help attract more customers for 2016.

Consumer Guide’s test SR arrived about as well equipped as a Sentra can be built. Outside, the new compact Nissan presents well, looking substantially more upscale than its processor. Sentra has been updated inside as well, through the cabin doesn’t come off as high-end-feeling as the exterior.

Nissan is known for its mastery of the CVT transmission, yet the Sentra has never seemed to fully benefit from the expertise. While the car is sufficiently quick from a stop, the engine/transmission interplay involved in accelerating almost always results in excessive amounts of engine noise, even in casual driving.

For 2016, Nissan has built “shifts” into the transmission-management software, to simulate the experience of driving a conventional automatic transmission. In our experience, the faux shifts feel imprecise, and lend little to the overall driving experience.

The Sentra boasts a decent amount of head- and legroom, though the cabin still manages to feel cramped for the class. And at 69 inches wide, Sentra is the narrowest vehicle in its segment—fully 3 inches narrower than the class-leading Focus. Big and tall occupants will take notice of the lack of space between the seats.

In mostly city driving, our test Sentra returned almost 26 mpg–about what we would expect given all the urban use, though well below the EPA city estimate.

Sentra’s primary draws are its fresh styling and aggressive pricing. Our loaded example came in just over $25,000, which seems modest for a top-line compact these days. 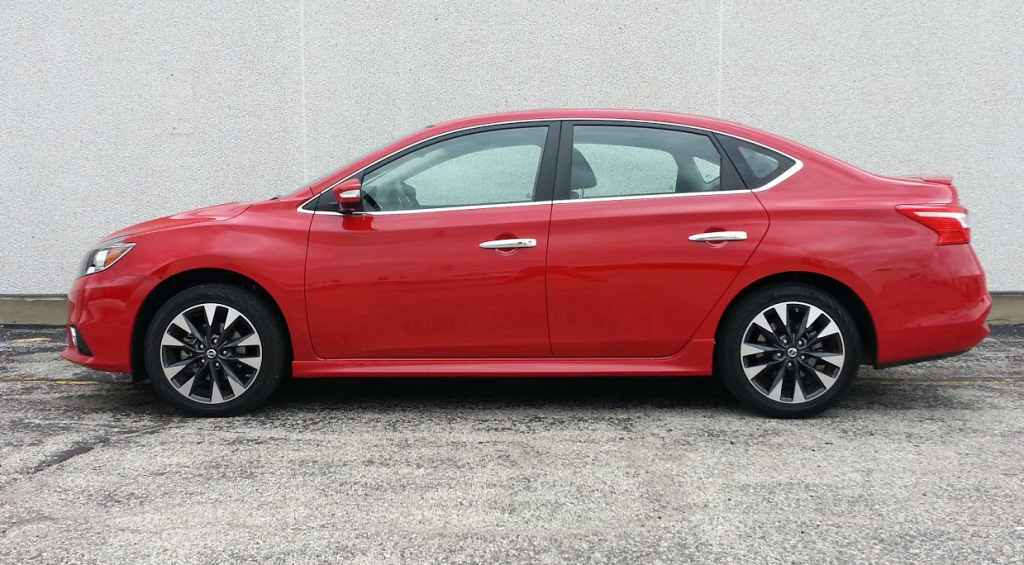