The redesigned 2018 Chevrolet Equinox is smaller and lighter than the 2017 model, and offers a whole new engine lineup.

The 2017s have barely hit the streets, and already Chevrolet has introduced the redesigned 2018 Equinox, due to go on sale first quarter of next year.

Although we consider the 2017 Equinox to be a midsize SUV — albeit on the small side for the class — Chevrolet is calling the 2018 a “compact.” As it’s 4.7 inches shorter than its predecessor, we might, too, since its 183.1-inch overall length makes it less than 4 inches longer than the class benchmark, the Honda CR-V. 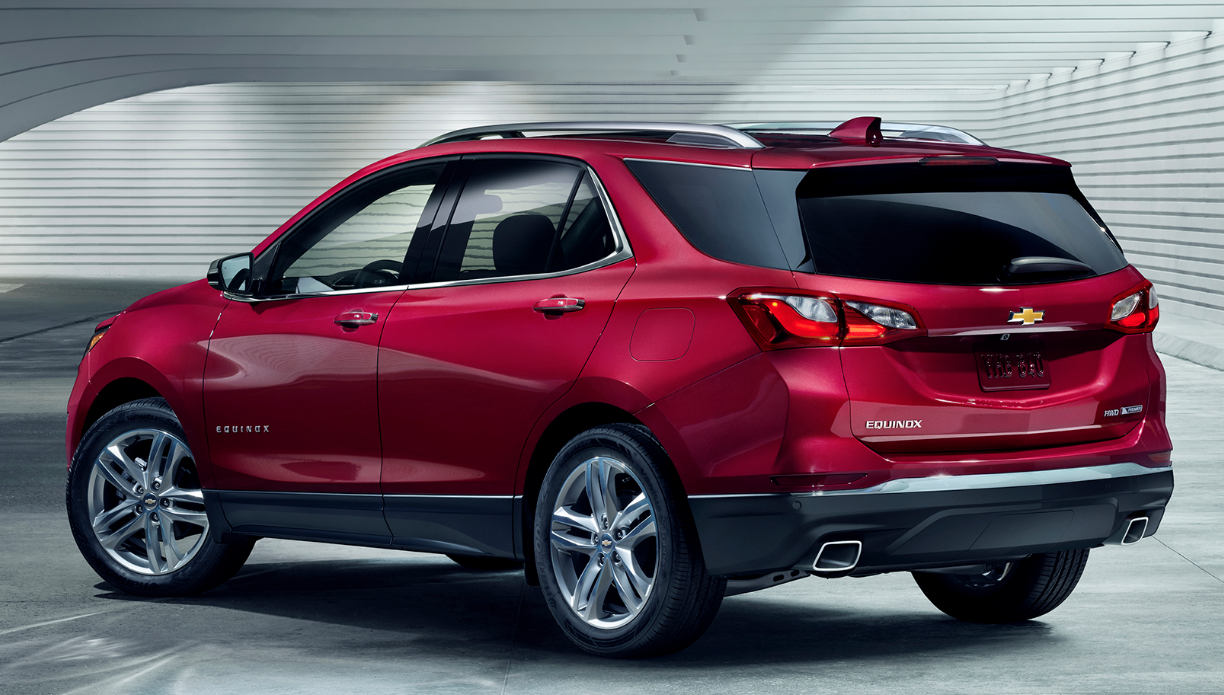 Despite being more than four inches shorter than its predecessor, the 2018 Equinox is said to offer almost exactly the same cargo volume.

Also notable is that Equinox gets a new engine lineup for 2018. Replacing a 182-horsepower 2.4-liter four and 301-hp 3.6-liter V6 are a trio of turbocharged engines: a 170-hp 1.5-liter turbo four, a 252-hp 2.0-liter version, and — due next summer — a 136-hp 1.6-liter turbodiesel, likely the first diesel to be offered in the class. Although horsepower is down from the current engines, torque is about the same or even up some, and combined with what Chevrolet says is a significant 400-lb weight reduction, performance will likely be similar, and fuel economy better. In fact, Chevy projects the turbodiesel to be rated at 40 mpg highway, which may well top the class.

Apple CarPlay, Android Auto, and a host of safety features will be available.

As might be expected, the 2018 Equinox is due to offer a host of high-tech features. Available on the infotainment side are a 4G LTE WiFi hotspot, Apple CarPlay, and Android Auto. On the safety front, it’s due to offer a 360-degree camera, forward collision warning with low-speed mitigation, lane-departure warning and lane-keep assist, blind-spot warning, and rear cross-traffic alert. Also available should be Teen Driver, which allows parents to track the driving habits of their children.

Prices will be announced closer to the on-sale dates, as will EPA fuel-economy figures. So stay tuned…