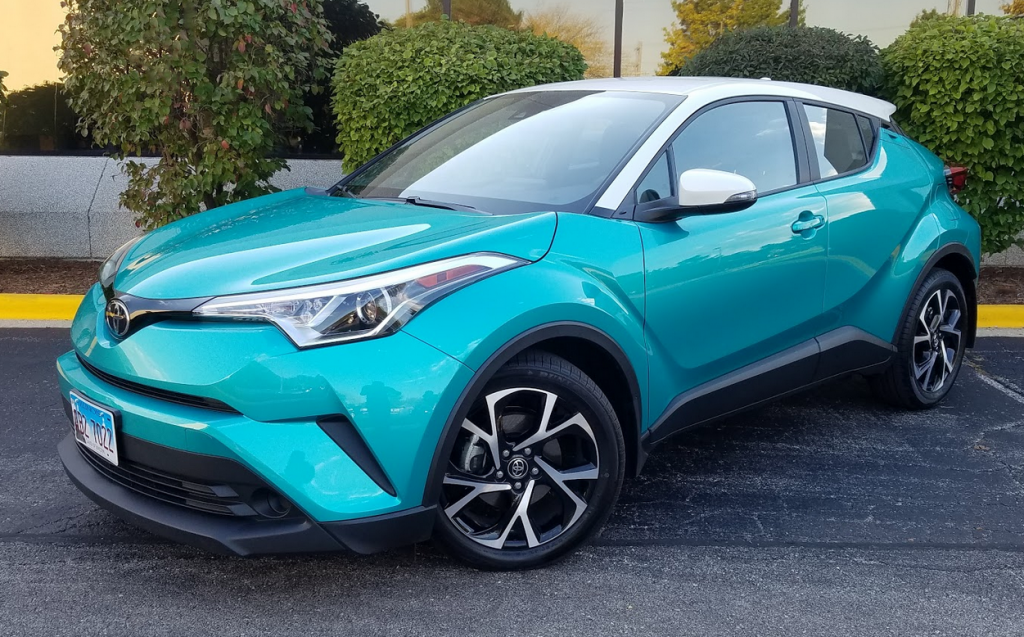 The good: One-of-a-kind styling inside and out

The not so good: Not as spacious inside as most class rivals, some key features (such as all-wheel drive and Apple CarPlay/Android Auto functionality) aren’t available… at least not yet

Remember Scion? Small vehicles; usually pretty simply equipped, but with personalization options; offbeat styling; and generally inexpensive. Those were the days, huh? Until 2016, that is.

So why in the name of niche marketing are we thinking about Scion at a moment like this? The Toyota C-HR, which makes its debut as a 2018 model, was supposed to be one before parent Toyota Motor Corporation folded up its “youth” brand. A few Scions, the newest and most viable of them, were salvaged to become Toyotas. The C-HR, which started out as the last Scion-badged auto-show concept vehicle before the make was terminated, has made that jump.

The C-HR’s Scion roots are showing. The subcompact kind-of-a-car/kind-of-a-crossover-SUV is small and simply equipped. Its looks are certainly offbeat. It’s pretty inexpensive, too—$22,500 to start, and $24,318 out the door as Consumer Guide®’s test car was equipped. The C-HR is fun to drive if nimble handling is your guide, but not as much of a smile-inducer if power is your thing.

The C-HR’s interior styling is almost as zany as its exterior. The cabin has a sturdy, high-quality feel, but some of the materials look and feel a bit cut-rate. The rear-seat area is one of the most cramped in the subcompact SUV class.

No matter which C-HR you buy, the powertrain is a 144-horsepower 2.0-liter 4-cylinder engine hooked to a continuously variable transmission that works like an automatic. Unfortunately, performance from this pairing is fairly tepid, especially from a standing start, and the engine is a little noisy under acceleration. Plus, it could be a bit stingier with gas for a small front-wheel-drive vehicle. (All-wheel drive is not available, which will diminish its SUV street cred in some snow-prone latitudes.) This tester averaged 26.7 mpg after a 178-mile stint, 70 percent of that under city driving conditions. That’s fractions shy of the 27-mpg city estimate the C-HR gets from the EPA, with highway and combined projections of 31 and 29 mpg, respectively.

However, getting around in a C-HR isn’t half bad. It handles well, with electric power-assisted steering that provides a modicum of welcome feedback. The car will hop a bit over serious road cracks, but it sweats the small stuff enough to keep the ride generally pleasant.

The C-HR’s rear load floor is decently large, but the sharply sloped roofline cuts into cargo capacity. There’s 19 cubic feet of cargo volume behind the rear seats, and 36.4 cubic feet with the rear seat backs folded.

Entry and exit are OK, even with slightly raised ride height, but rear-corner vision is severely hampered where a style-dictated body rise and the sloping roof meet in the rear door and quarter panel. From the perspective of rear-seat passengers, it’s either very “private” or kind of claustrophobic back there. Note that the rear exterior door handles reside high up, just below where the roof passes over. Average-sized adults will find good legroom in both rows, but rear legroom might be compromised if tall front passengers need to track back in their seats. Toyota reports that rear headroom is 0.2 of an inch greater in back than in front, but the roof sure seemed closer to this reviewer’s noggin when he slid into the back seat. 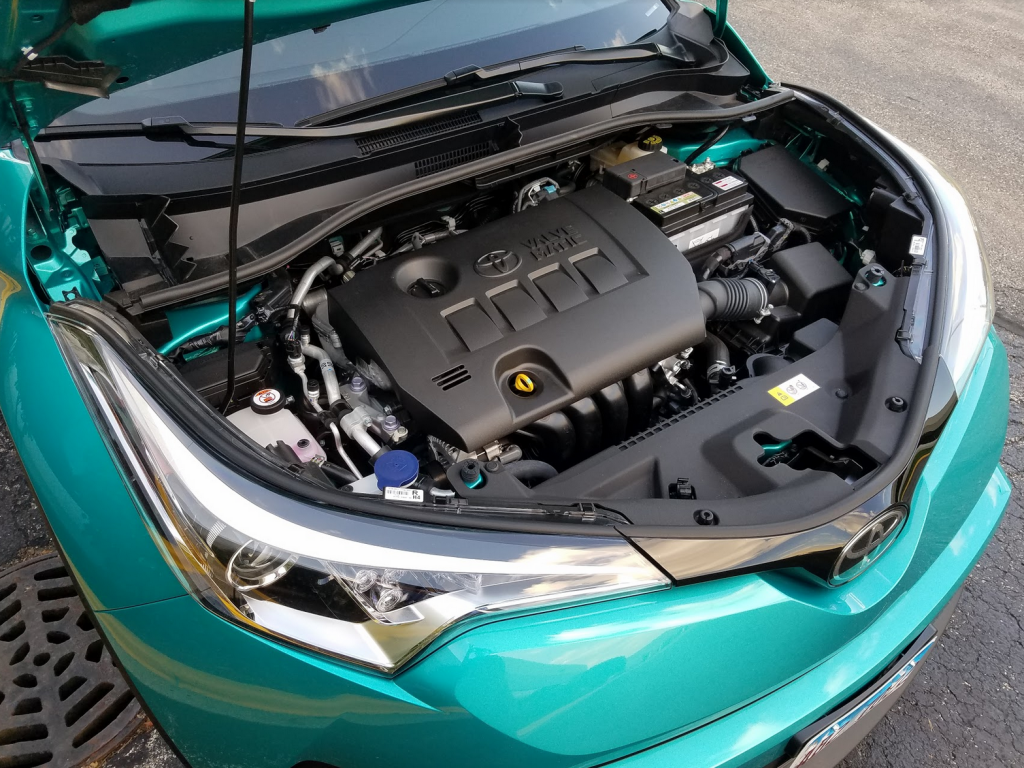 The C-HR’s lone powertrain choice is a 144-hp 2.0-liter 4-cylinder paired with a CVT transmission. It provides adequate all-around acceleration, but nothing more.

The cargo area loads flat at bumper height. Space isn’t too bad for a tiny vehicle, but it’s not class leading. The rear seats, which are split 60/40, fold flat to form an uninterrupted extension of the cargo floor for much better load space. Small cubbies are found at the rear corners of the cargo area, and under the floor there’s some small-item space in the foam organizer fitted around the spare tire.

Appointments and controls walk a fine line between sensory appeal and cost containment. Seat cloth has a subtle fleck pattern in it, so it looks nice, but the material feels a bit “industrial.” Pliable surfaces are found on much of the dash, as well as on the door tops and armrests in front, but rear-seat door panels and armrests are hard plastic. The radio offers straightforward tuning and setting on a 7-inch touchscreen, though a repetitive-push button handles station tuning that could be done quicker with a rotating knob. Separate climate controls use a mix of repetitive-push toggle switches (for temperature, fan-speed, and mode) and two 4-button pads (for other functions). Driving dials are big with a colorful, legible info display between them. However, the rearview camera shows up in the confined space of the rearview mirror, not on the touchscreen, where the view could be much bigger.

Personalization, one of the erstwhile Scion’s lures for the youth market, isn’t as evident with the Toyota C-HR. Aside from accessory mudguards and carpeted mats, CG’s test car had the only available factory option—a white roof panel and exterior-mirror shells. (The test car’s Radiant Green paint was one of just three colors eligible for the “R-Code” contrast-paint treatment.) While the XLE Premium adds a few more comforts and conveniences, items like a sunroof, navigation, and Apple CarPlay/Android Auto smartphone integration aren’t available at all. Little as it is, the C-HR still has room to grow.

The genre-bending Toyota C-HR focuses more on radical styling than outright passenger and cargo versatility, and doesn’t offer all-wheel drive like the rest of its subcompact-SUV competitors. The unconventional bodywork is a take-it-or-leave-it proposition, but buyers who like the looks will also enjoy pleasant, well-sorted handling.