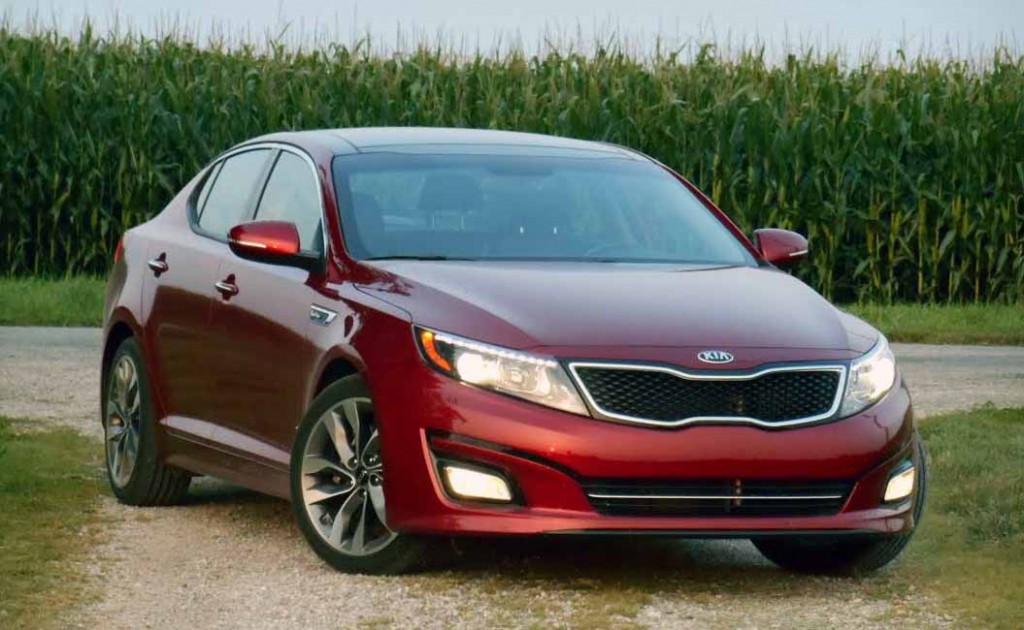 The good: Roomy cabin, decent mileage given the power

The not so good: Mediocre ride quality

Kia vehicles that we’ve driven this year have pleasantly surprised us, and now the Optima—this South Korean automaker’s midsize sedan—has delivered, too. New features help it keep pace in a highly competitive class that includes the Honda Accord, Toyota Camry, and Volkswagen Passat.

On the outside, Optima receives redesigned front and rear bumpers, air-diffuser detailing on the bottom of the rear bumper, a strip of LED “positioning lights” mounted above the headlights, and LED taillights. Inside, a color LCD screen between the speedometer and tachometer dials has been added to display trip and vehicle information. Newly available is an 8-inch touchscreen in the middle of the dash that governs the audio and infotainment functions. When optionally equipped, this unit includes navigation with traffic data, an upgraded sound system with 8 speakers, and the UVO eServices app suite. Blind-spot alert, rear cross-traffic detection, and rear-obstacle detection are available for the first time. Optima SXs, like the SX Turbo that Consumer Guide® tested, get a “Drive Mode Select” feature that adjusts transmission shift points and steering weight at the flick of a switch for a sportier driving feel.

You almost have to be reminded that there’s a turbocharger affixed to the 2.0-liter 4-cylinder under the hood (and the Optima SX does via badges on the front fenders) because turbo lag is well tamed. Once in its stride, the 274-horsepower engine is strong and fairly quiet. The automatic transmission works smoothly and will quickly downshift when needed for acceleration. This driver averaged 20.28 mpg in CG’s test car in a stint that covered 105.6 miles, 57 percent of that in city-style driving.

The SX ride is a mixed bag, thanks to its sport suspension with standard 18-inch wheels. Small divots and surface undulations are handled with a little bit of patter to remind you what’s there, but hitting more substantial features like expansion joints even at normal highway speeds induces a moment or two of rolling motion that’s not wholly pleasant. As for handling, the electrically boosted power steering feels well balanced, with a hint of understeer. The brakes are strong and give stable stops.

Also mixed is the Optima SX’s ability to keep things quiet. Laminated front-door windows help to cut down passing traffic noise to a great degree, but road noise isn’t as well stanched, likely due to the model’s bigger wheels and tires. 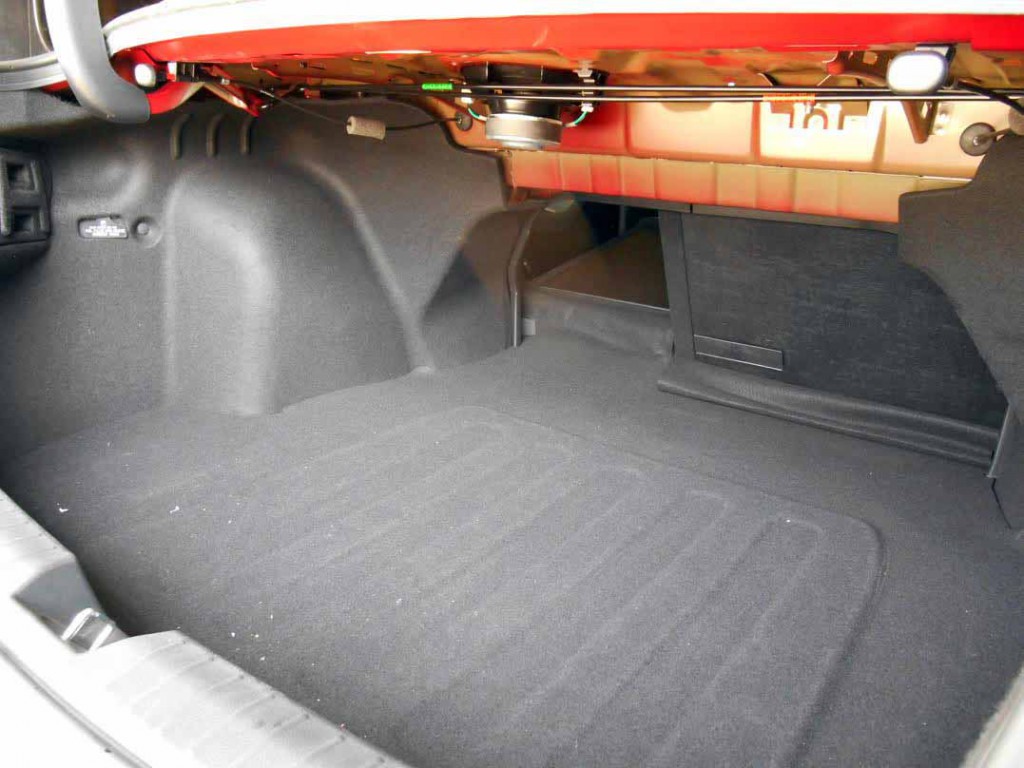 Optima’s roomy trunk extends into the passenger area thanks to folding rear seatbacks.

The interior is nice for a mass-market midsize car. The SX reminds the driver of its sportier aspirations via a flat-bottom leather-wrapped steering wheel with paddle shifters, and metal pedal trim. There’s a mix of soft-touch material and hard plastic on the doors and dash, but the overall look is better than budget. Leather upholstery is another SX standard item. The gauges are set deep into the instrument cluster and the dials are big but the markings for speed and rpms are somewhat small and densely arrayed. The new 4.2-inch “supervision meter cluster” shows up well, however. Optima’s optional navigation system incorporates some audio controls, but the most common settings are controlled using buttons on the steering wheel or central control panel. Most controls are clearly marked.

The front seat should comfortably accommodate most adults with adequate head room and leg room, even with the panoramic sunroof. The front seats are comfortable and provide good support, and the driver’s seat slides a considerable distance, so most any adult will be able to find a suitable driving position. The comfortable rear seat has serviceable space for 6-footers, unless the front seats are moved far rearward. Seat width might allow for 3 friendly adults to fit in back, but that’s ruled out by a lack of head room for the middle passenger, especially in a sunroof-equipped example.

Small-item storage space in the interior consists of an accommodating glove box, pockets and bottle holders on the doors, and front seat-back pockets. There’s an open cubby at the base of the central control panel that also holds the auxiliary audio jack, USB ports, and two power outlets, plus a deep covered console box with a change tray. There are twin cup holders in the console and two more in the pull-down center arm rest in the back seat.

The trunk is large and flat-floored. However, a high sill promises liftover problems for unloading, and sickle-shaped hinges cut into some of the available space. The rear seat folds down in a 60/40 split, but nowhere near completely flat. Furthermore, an arched bulkhead behind the seats blocks some of the opening to the rear-seat area.

Other SX Turbo standard features aside from those already mentioned include hill-start assist, dual-zone automatic climate control, satellite radio, Bluetooth connectivity, remote keyless entry, heated exterior mirrors with turn signals, fog lights, distinct bumpers and side sills, and aerodynamic wiper blades. That’s all in the $27,500 base price. Our test car tacked on a pair of big-ticket option packages. One included the sunroof, power folding mirrors, UVO eServices suite, Inifinity audio, HD radio, rearview camera, driver’s seat memory, heated and ventilated front seats, and heated outboard rear seats. The other bundled up the navigation/traffic information, blind-spot detection, and back-up warning technologies. That brought the bottom line—with delivery—to just under $34,000. That provides a lot of content at a price not too much above the average price for a new car today.

I love this Optima’s fashion-forward styling (design-wise, I think the Optima holds its own against several luxury-brand cars that cost a lot more), the peppy acceleration from its turbocharged 4-cylinder, and the simple, attractive dashboard layout. (In the “details make a difference” department, I noticed that the Optima’s rearview-camera image was significantly brighter and crisper than the smaller-screen display in our long-term 2014 Mazda 6.) In the nitpicking department, I dislike the 4 or 5 minutes I seem to have to wait for the Bluetooth system to connect to my phone after starting up the vehicle (other manufacturers’ systems can do this in under a minute, Kia and Hyundai) and I’m annoyed by the way Kia makes desirable optional equipment available only in pricey option packages.