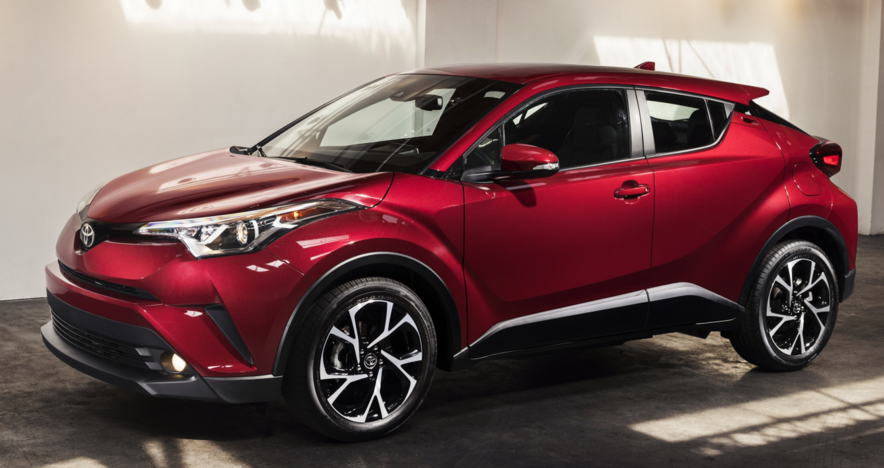 LOS ANGELES–Among the more significant reveals at the 2016 Los Angeles Auto Show was the stylish little 2018 Toyota C-HR. This expressive subcompact crossover made its debut as a concept a year ago wearing a Scion badge, but with the demise of that brand, it re-appeared this year – in production form – sporting a Toyota logo. 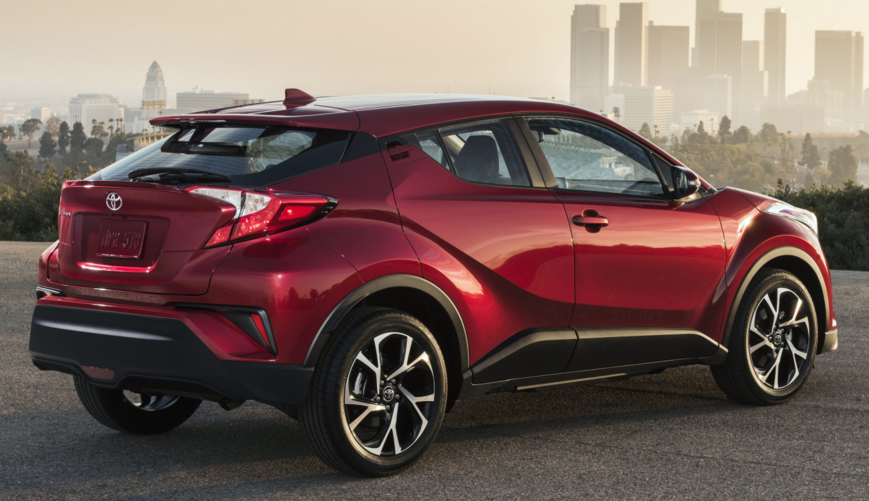 Although the concept’s “C-HR” nomenclature (standing for “Coupe High-Rider”) fits the Scion naming architecture better than it does Toyota’s, it’s been retained for the production version. Also retained are the same swoops, curves, and angles that visually set it apart from most other small crossovers.

Toyota promotes the C-HR as sporty and high-tech, but it will probably fulfill the latter promise better than the former. Under the hood is a 2.0-liter four – largish for a subcompact crossover – but its 144-horsepower output doesn’t rank high for the class. Nor does its CVT automatic promise many thrills. However, Toyota makes much ado about the handling, and the combination will probably be sufficient for its mission.

The subcompact-crossover segment is hot, and the C-HR looks to make it hotter still. Toyota is a little late to the subcompact party (rivals Honda, Mazda, and Nissan will have been in it for nearly two years or more by the time the C-HR arrives), but Toyota’s tiniest SUV may well stand out as the Belle of the Ball.