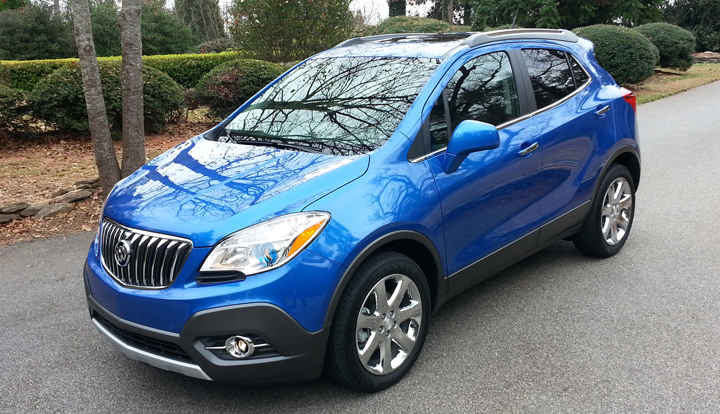 Buick’s new-for-2013 Encore is a genre-bending compact crossover that aims to stretch the boundaries of a traditional entry-luxury vehicle even further than the 2012 Buick Verano compact car did. You can take a quick walk-around of this unconventional new Buick in the pics below. 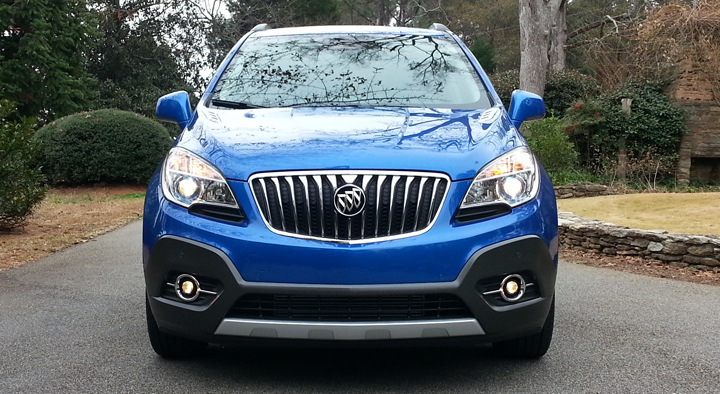 The Encore measures out to 69.9 inches wide. That’s an inch and a half narrower than the Buick Verano.

The side-profile view shows off the Encore’s short wheelbase and relatively tall body build. The wheelbase is 100.6 inches, the overall length 168.5, and the height 65.2. 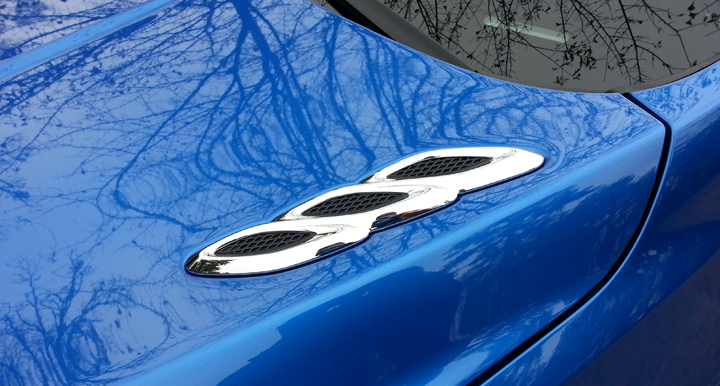 Buick’s signature styling cues are all present and accounted for, from the waterfall grille to the “portholes” on the hood. 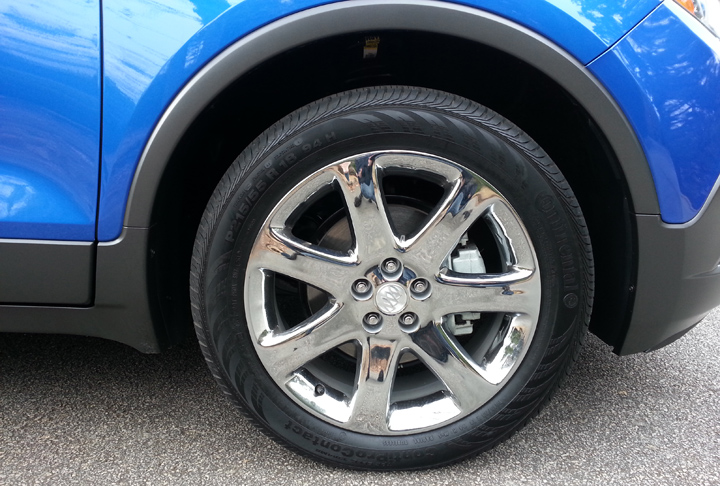 Chrome-plated alloy wheels are a $995 option. 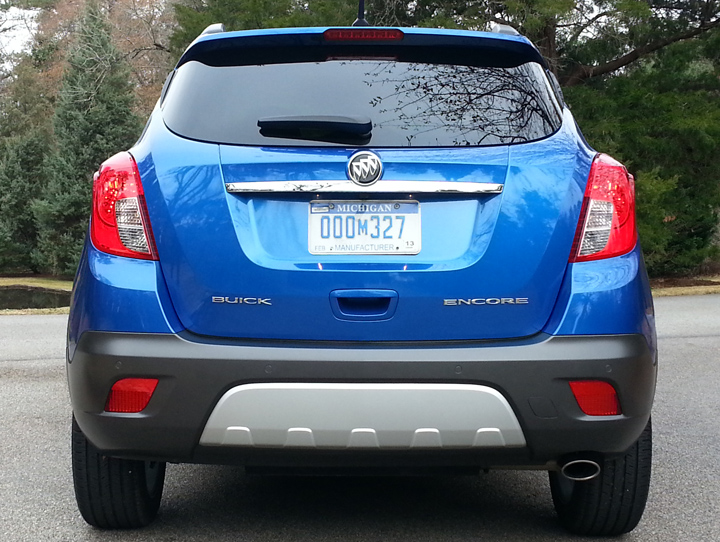 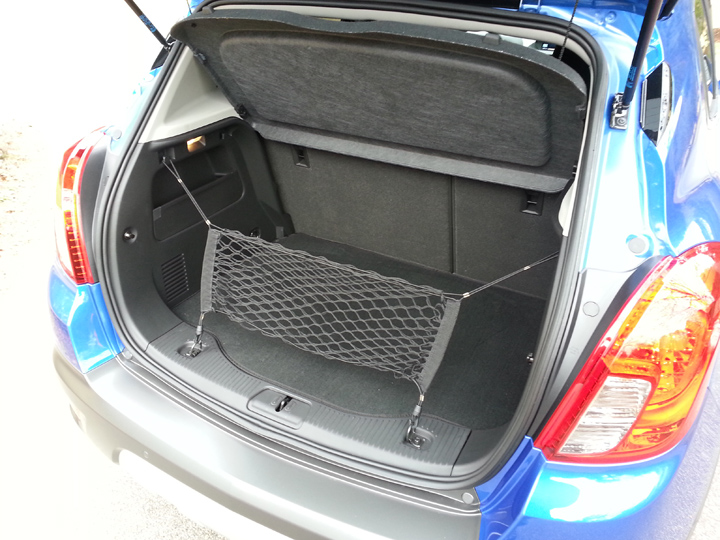 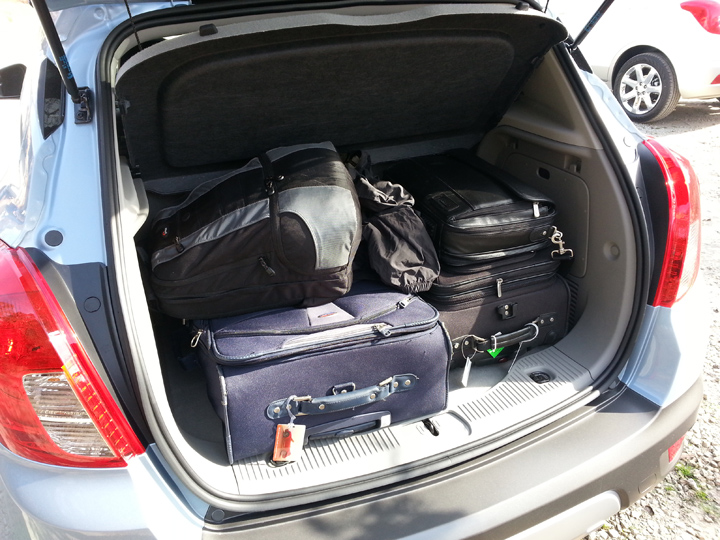 The cargo area can hold two average-sized suitcases and a couple other bags without folding the rear seats. 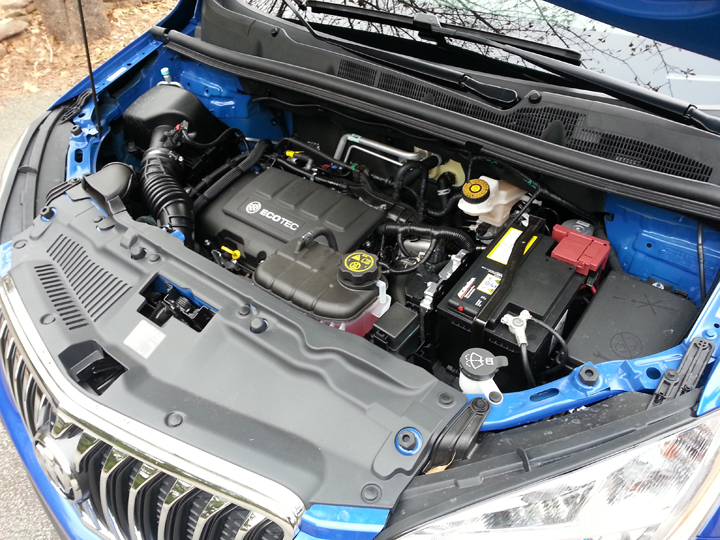 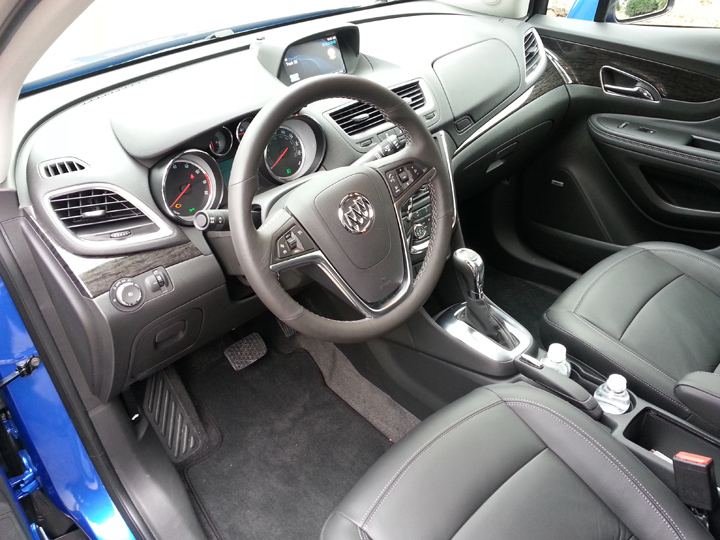 Despite its smallish dimensions, Encore’s cabin has a convincingly upscale ambiance. Leather-seat-equipped Encores start at $26,710. 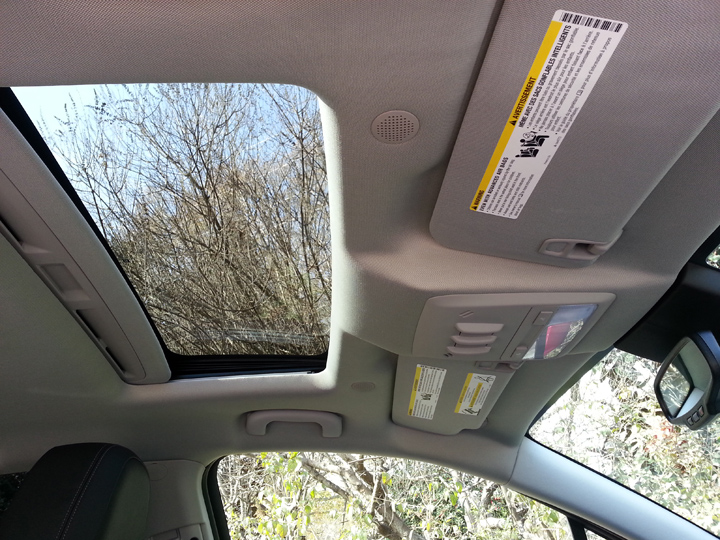 See those perforated plastic discs in the headliner? Those are microphones for the Encore’s noise-cancellation system. The microphones pick up ambient road-noise sounds, then a computer processes them and emits alternate-frequency sound waves through the audio system that “cancel out” much of the unwanted noise.