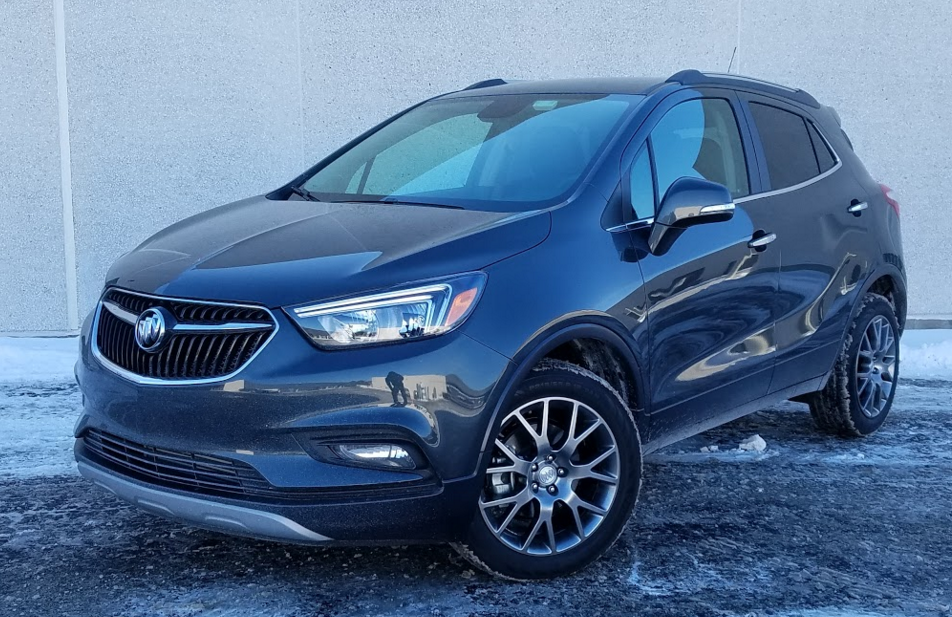 The not so good: Non-linear throttle response 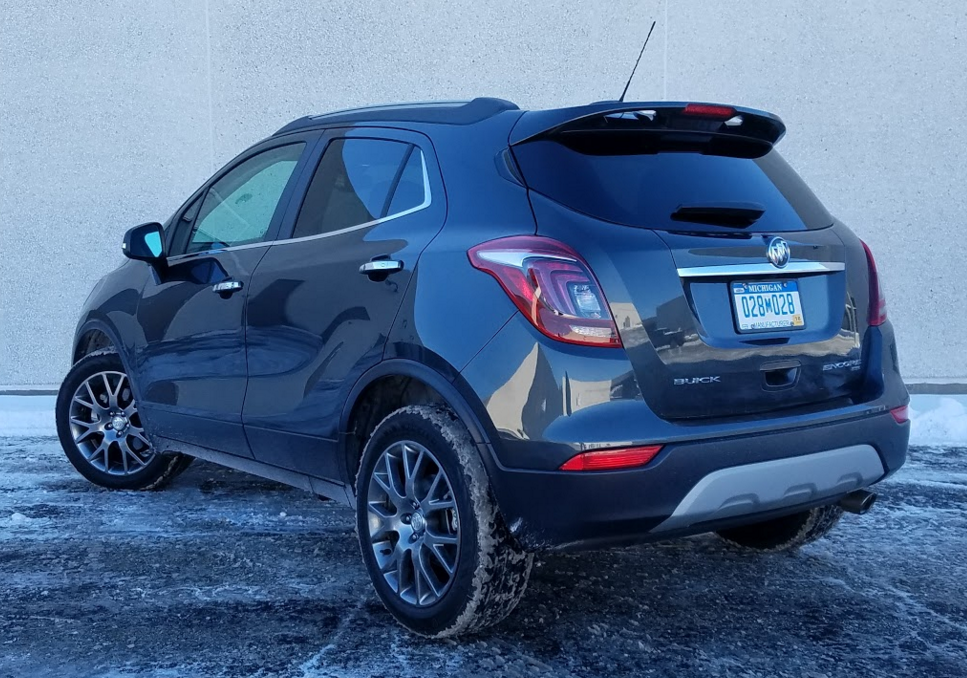 Although the tested Sport Touring AWD model had a somewhat steep sticker price of $31,220 including destination, that included a number of options. A base front-wheel-drive Encore starts at less than $24,000, somewhat less than last year despite adding some desirable features.

Consumer Guide® tested a similarly equipped 2016 Buick Encore Sport Touring last summer and found it to be an appealing and uniquely luxurious take on the popular subcompact-crossover formula. And apparently we weren’t alone in our admiration, as the Encore had already become Buick’s most popular model.

Yet some changes have been made for 2017. Most noticeable is a new front-end appearance featuring LED headlights along with slightly revised rear-end styling. There’s also a lower-priced base model — offered only with front-wheel drive — that cuts about $1000 off the price of entry, which now sits at just under $24,000 including destination. Meanwhile, new standard features include keyless access and starting along with Apple CarPlay/Android Auto. 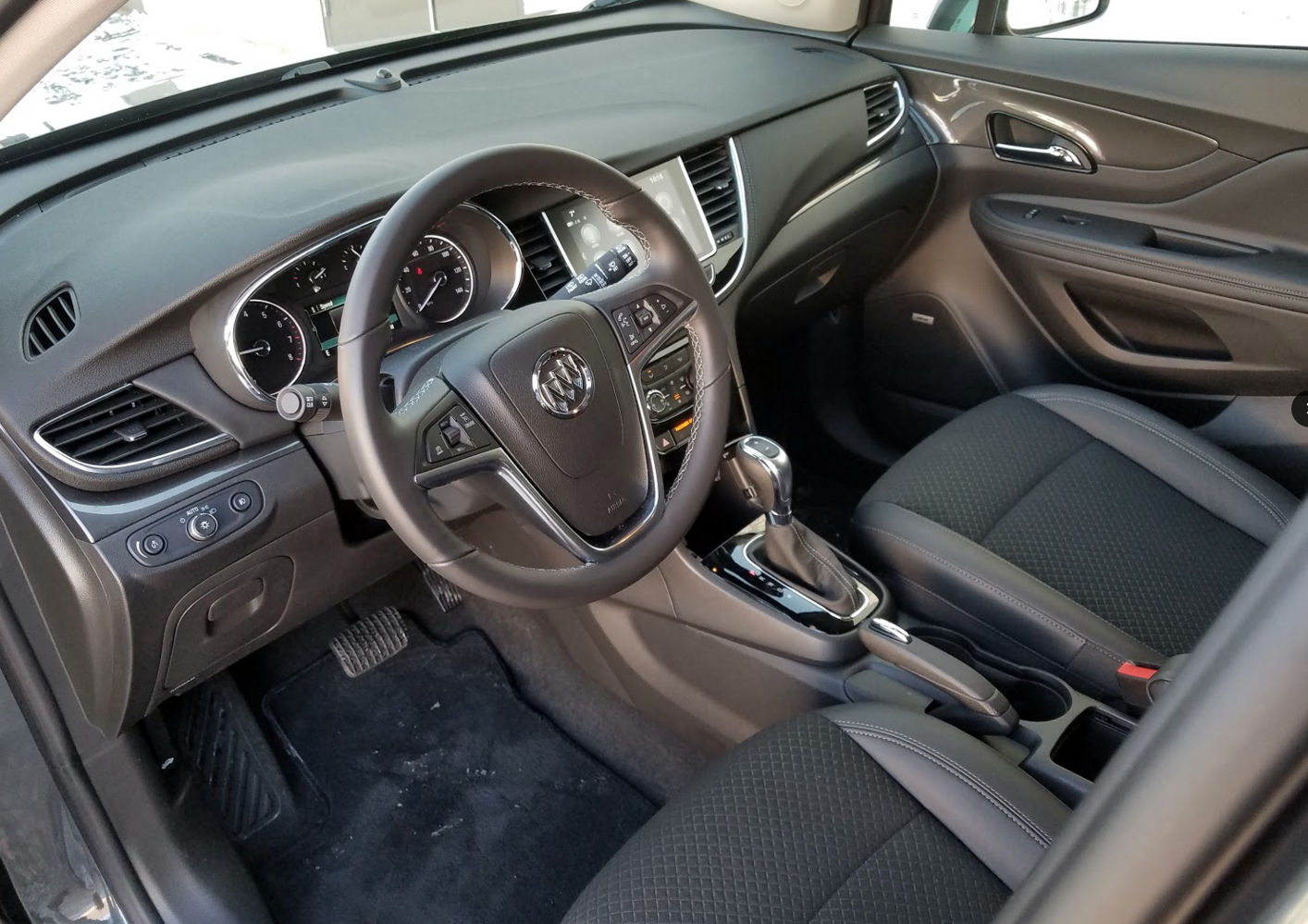 Although a bit dull looking in our tester’s basic black, interior materials suit the price point, and black/brown and black/tan two-tones are available.

Although competitors are starting to catch up on the safety front, the Encore impresses by offering blind-spot and rear cross-traffic alert along with forward-collision and lane-departure warning. It also comes standard with 10 air bags, those for the rear being an unusual offering in the class.

Last year, Encore added a mid-level Sport Touring model that brought a more potent version of its 1.4-liter turbocharged four making 153 horsepower vs. 138 in other Encores. This year, that engine (which includes start/stop technology) is optional on the Sport Touring and is newly optional on upper trim levels as well. Both the 2016 and 2017 versions of the Sport Touring we tested were equipped with this engine. It seems to improve the Encore’s acceleration — which lies about mid-pack in the class — though there’s still a bit of turbo lag if you nail the gas from a stop.

This view of the 2016 Encore on the left and the 2017 on the right shows the revised front-end appearance of the new model.

In this year’s test, the Encore Sport Touring was driven almost exclusively for short trips in the city during cold weather. As that’s a combination that puts about as much strain as you can on fuel economy, it’s perhaps not surprising that our 21.6-mpg average fell well below the EPA City estimate of 26 mpg. By contrast, the 2016 version was tested during July in about an even mix of city/highway driving, and it averaged 25.6 mpg. That’s still below the EPA’s combined city/highway rating of 28 mpg (highway being 31), but it’s a much more realistic figure.

These changes only serve to make the Encore more attractive than ever. Particularly if you’re moving “down” from a larger car or SUV and find other subcompact crossovers lacking in the luxury department, the Encore is most certainly a “must see.”

Encore makes its mark as a luxury-oriented entry in the up-and-coming subcompact-crossover class, yet it also offers surprising utility.