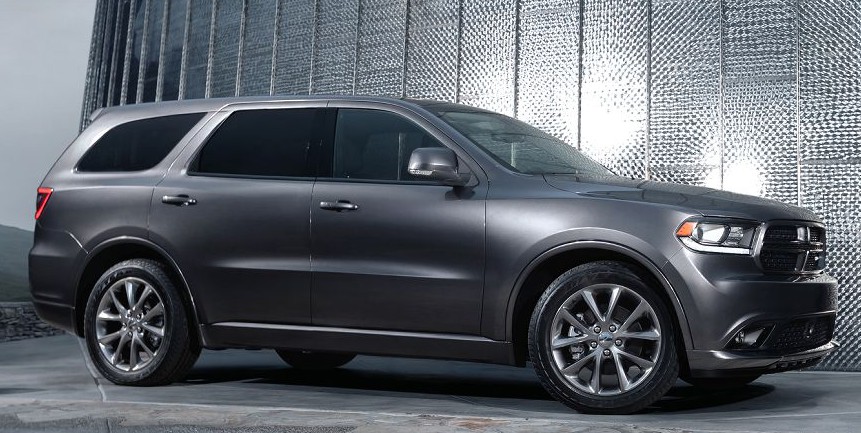 Eyeing what it sees as renewed vigor in the full-sized sport-utility vehicle market and cognizant of the appeal of large crossovers with three-row seating, Dodge has perked up its Durango SUV for 2014 with new features and a few appearance tweaks.

According to the division’s figures, the combined sales of those two segments have increased by 48 percent since 2009 and 60 percent of the full-sized SUVs and crossovers are three-row models. Considering that 100 percent of Durango models have three rows of seats, Dodge no doubt would like to see those trends continue. In hopes of staying competitive in the field, it is installing a new standard 8-speed automatic transmission in all models, freshening up front and rear styling, and adding a Limited model.

Certainly the biggest news for the 2014 Durango—with the first significant changes to the Dodge SUV since its current generation bowed in 2011—is the ZF-built 8-speed autobox. As a replacement for the 5- and 6-speed automatics used previously, the new transmission uses a wide ratio spread to enhance opportunities for fuel savings plus electronic shift mapping that “reads” how the vehicle is being used and adapts transmission performance accordingly. Dodge claims the 8-speed helps improve mileage from the 3.6-liter V6 by 12.5 percent (rear-drive models are EPA rated at 18 mpg city, 25 mpg highway; all-wheel models are listed at 17 and 24, respectively), for a projected 600-mile driving range, while boosting the 5.7-liter Hemi V8’s figures by 15 percent (14 mpg city and 23 highway with rear drive or 22 highway with all-wheel drive). Also contributing is the engine-management “Eco” setting that influences the shift schedule and fuel delivery. Eco is engaged when the vehicle is started but can be switched off via a button on the dash.

During a preview test drive of a V8 Durango R/T, speeds and grades varied frequently on twisting roads in the hills north of Los Angeles, but the transmission never seemed overmatched or got caught hunting for the right gear, and shifts were imperceptible for the most part. A V6 SXT operating in more citified conditions performed well, too.

Also new for the year is how the transmission is shifted. A conventional console lever has been replaced by a rotary knob. Steering-wheel-mounted paddle shifters are now standard as well.

For the sake of appearances, the ’14 Durangos sport a modified grille with a slimmer floating “crosshair” feature at the center. The bumper has been raised and fog-lamp surrounds have been reshaped. In back is a new full-width taillight ensemble with a “racetrack” design inspired by the current Dodge Charger sedan. Illumination comes from a series of 192 LEDs. The 18- and 20-inch aluminum wheels used throughout the Durango lineup feature seven new designs. 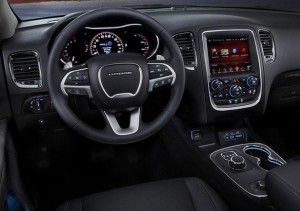 Interiors display a new-design three-spoke steering wheel and an instrument panel center stack that has been redone to accept new 5- and 8.4-inch touchscreens for the infotainment systems. Instruments newly read out on a 7-inch “thin-film transistor” color display that offers drivers numerous ways to see vehicle information presented. All models are optionally available with twin middle-row captain’s chairs that fold flat when extra cargo space is needed. A console with a storage area that’s deep and square-sided, a USB-charging port, and a 12-volt outlet can be ordered in conjunction with the captain’s chairs. Optional for all but the entry-level SXT is a Blue-ray/DVD video system with flip-up screens built into the back of the front seats and an interface to accept electronic games. The Blue-ray player mounts in the front console box, where it takes up most of the available storage space.

Gone from the Durango lineup is the Crew model that had been the first step up from the SXT. It has essentially been replaced by the Limited, which features heated exterior mirrors, bright roof rails, Uconnect Access system with 8.4-inch touchscreen, satellite radio, heated power front seats with lumbar adjustment, heated second-row seats, heated leather-wrapped steering wheel with audio and phone controls, universal remote garage-door opener, rear parking assist and back-up camera, remote starting, LED daytime running lamps, and a distinct 18-inch wheel design. The cabin, with leather upholstery and dark woodgrain accents on the door panels and dash, looks very much like that of the top-end Citadel model, though Citadel seats are clad in perforated Nappa leather. 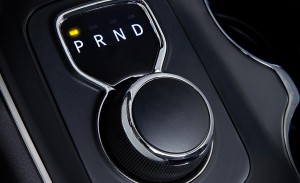 A Rallye appearance package forms a kind of “option model” that brings the monochromatic look and 20-inch “Hyper Black” wheels of the V8-only R/T to the V6-only SXT. The package also includes dual exhausts (terminating in bright tips) that boost horsepower to 295, five more than the single-pipe V6.

Other new features for the ’14 Dodge Durango include: