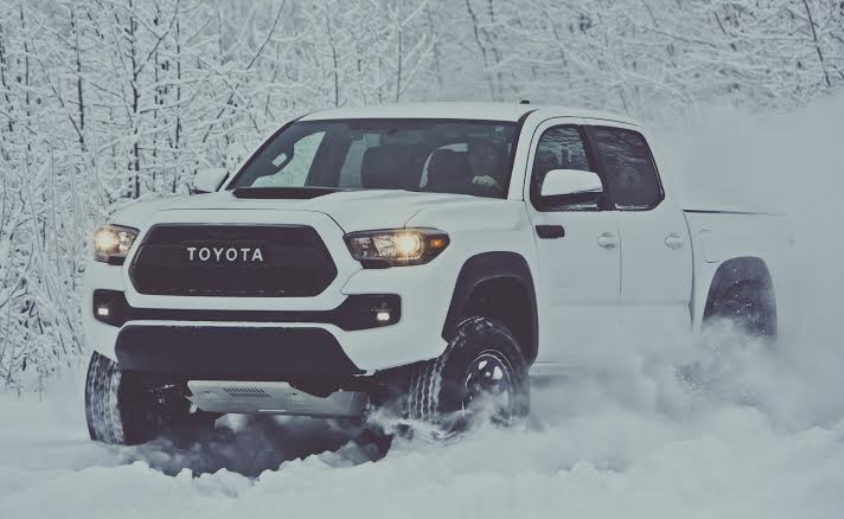 Since 1998, Toyota has been offering special off-road versions of its midsize Tacoma aimed at those who venture off the beaten path. The latest, introduced today at the Chicago Auto Show, combines heightened levels of capability along with luxury amenities and modern features that make it a competent companion both on road and off.

Those who play in the dirt recognize Toyota’s famed “TRD” (Toyota Racing Development) moniker as being an off-road seal of approval. Recently, the company upped the off-road ante on some of its vehicles by introducing TRD Pro Series enhancements born of experience gained from the grueling Baja endurance races. The current Tacoma, which was redesigned for 2016, gains a TRD Pro Series version this fall as a 2017 model. It will be offered only as a V6 Double Cab Short Bed with either a 6-speed manual transmission or 6-speed automatic in a choice of three colors: Cement, Barcelona Red Metallic, and Super White. 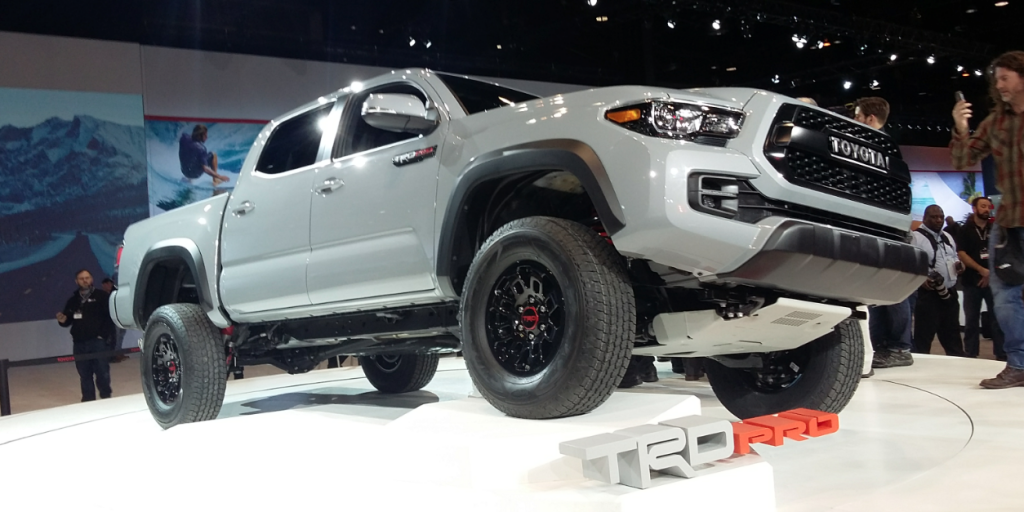 Added to the already-capable TRD Off-Road trim level are several features aimed at increased off-road capability. These include a specially tuned suspension with progressive-rate rear leaf springs and front springs with a 1-inch lift, FOX Internal Bypass shocks, 16-inch Goodyear Wrangler All-Terrain Kevlar-reinforced tires on black alloy wheels, an electronically controlled locking rear differential, and an aluminum front skid plate. Models with manual transmission have a clutch start-cancel switch that allows the engine to be started with the clutch engaged (useful if the engine is killed going uphill), along with Toyota’s Active Traction Control (A-TRAC), which uses the ABS system to control power flow to the wheels.

Automatic-transmission versions replace those features with Hill Start Assist Control, Crawl Control (sort of an off-road cruise control that maintains one of five pre-set low speeds whether going uphill or down), and Toyota’s Multi-terrain Select system, which helps regulate wheel spin based on the type of surface.

Seeing as the standard Tacoma TRD Off-Road model is certainly no dirt wimp, if you ever need the added capabilities of the Pro Series, you’re in really deep muck. But it’s always nice to know they’re there. Furthermore, the truck looks the part, and it throws in features that help make it an equally fine ride the other 99 percent of the time.