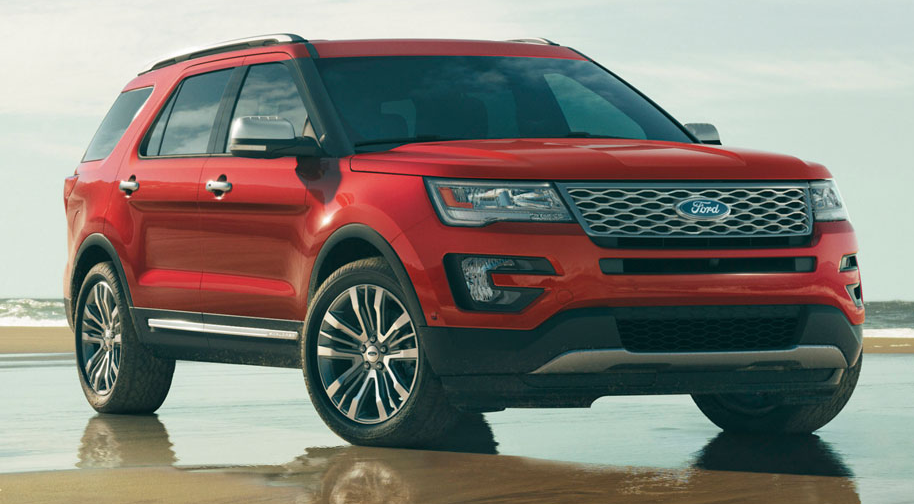 Ford rolled out the 2016 version of its popular midsize crossover SUV at the 2014 Los Angeles Auto Show. In addition to a styling facelift and the addition of a line-topping Platinum trim level, the 2016 Explorer gets a new available EcoBoost engine and a host of new technology features.

The new engine is a 2.3-liter EcoBoost 4-cylinder, which replaces the 2.0-liter version in the current Explorer. Ford is promising at least 270 horsepower and 300 pound-feet of torque from the new powerplant, which handily beats the 2.0’s respective ratings of 240 and 270. New technology features include front and rear cameras with washers, a robust park-assist system that includes perpendicular park assist and semi-automatic parallel parking, a hands-free power liftgate, and active grille shutters that close to reduce drag at highway speeds.

It’s not really in the news much anymore, but this Ford midsize SUV (one of three) continues to be a big seller. The raft of updates for 2016 should help that trend continue. The styling facelift gives the new Explorer a slightly more angular, aggressive look, and the added technology features help it stay at the forefront of comfort and convenience. The Platinum model should elevate the Explorer to a new level of luxury for customers willing to pay what will certainly be a substantial price premium.