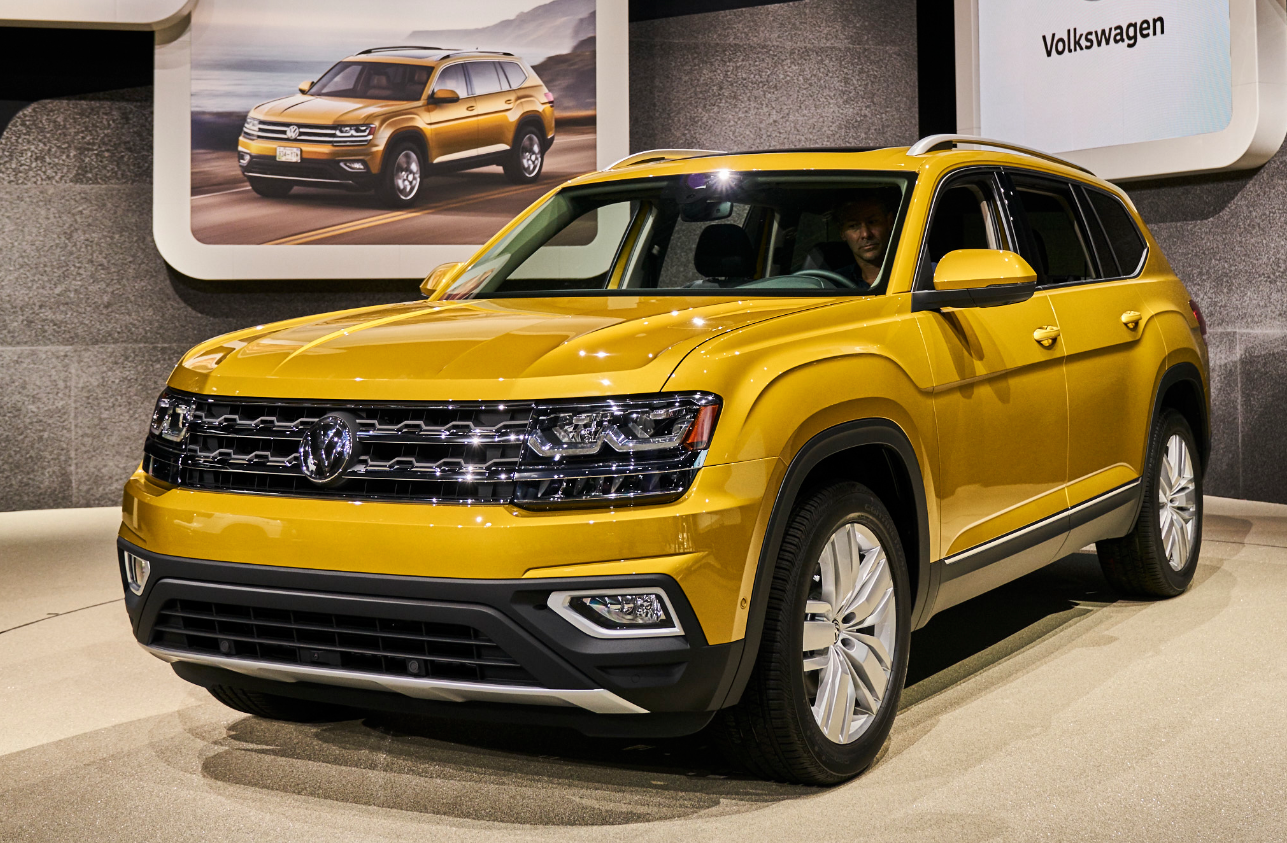 LOS ANGELES—Though it was officially unveiled at the end of October, Volkswagen’s all-new midsize SUV just made its U.S. auto-show debut at the 2016 Los Angeles Auto Show. The 2018 Volkswagen Atlas is a three-row, seven-passenger crossover that aims to put VW back in the heart of the midsize SUV market. 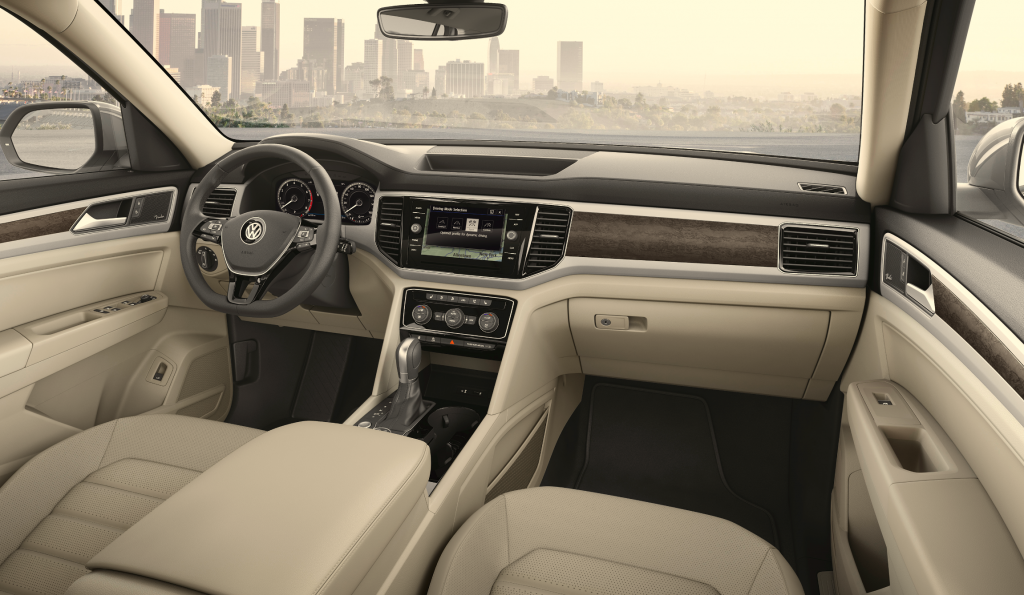 At 198.3 inches long and 77.9 inches wide, the Atlas is a bit larger than midsize SUV stalwarts like the Hyundai Santa Fe and Toyota Highlander. VW says the second-row seats can be folded even with child seats installed for easy access to the third row.

Two powerplants will be available: a turbocharged 2.0-liter 4-cylinder with 238 horsepower or a 3.6-liter V6 with 380 hp. Both engines are paired with an 8-speed automatic transmission. Four-cylinder models are front-wheel drive only, and V6s can be had front-wheel drive or all-wheel drive.

A configurable Volkswagen Digital Cockpit gauge panel will be among the Atlas’s technology features. Available safety features will include adaptive cruise control, forward collision warning with autonomous emergency braking, blind-spot monitor with rear cross-traffic alert, and lane-departure warning with lane-keep assist. Also available is a post-collision braking system that applies the brakes if sensors detect a collision, in order to reduce the chance of additional impacts. 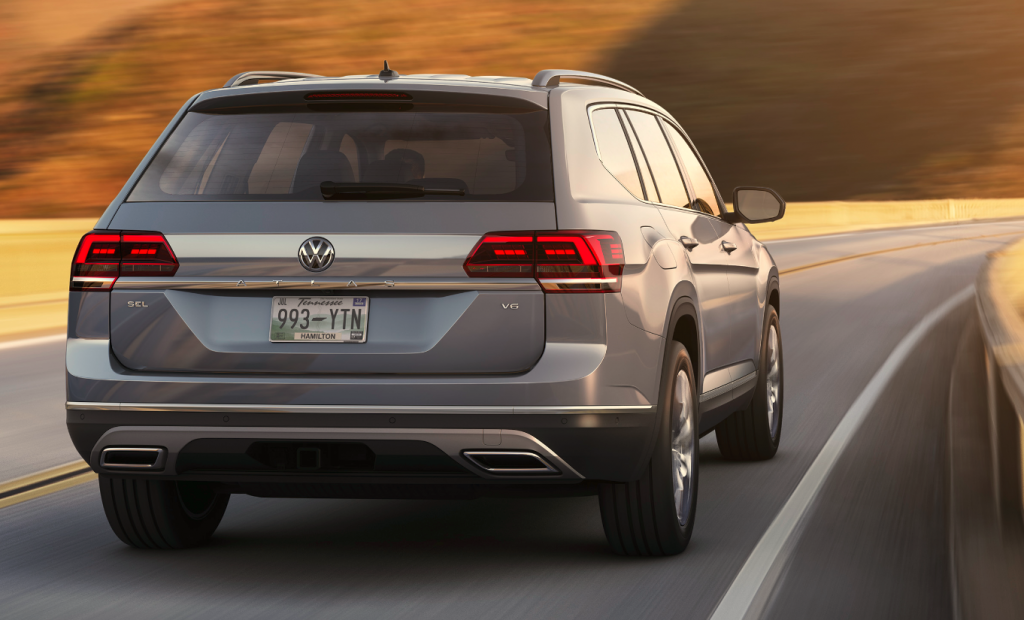 Considering how hot the SUV market has been as of late, it’s especially perplexing that Volkswagen has let its two SUV models—the compact Tiguan and the midsize Touareg—soldier on with only minor updates for the past several years. The Atlas finally gives VW a fresh contender in the heart of the midsize SUV market, and a new Tiguan should be arriving on these shores in the not-too-distant future as well. The Touareg was positioned and priced toward the premium end of the midsize SUV category, but the Atlas should compete more directly with mainstream rivals such as the Ford Explorer and Honda Pilot.