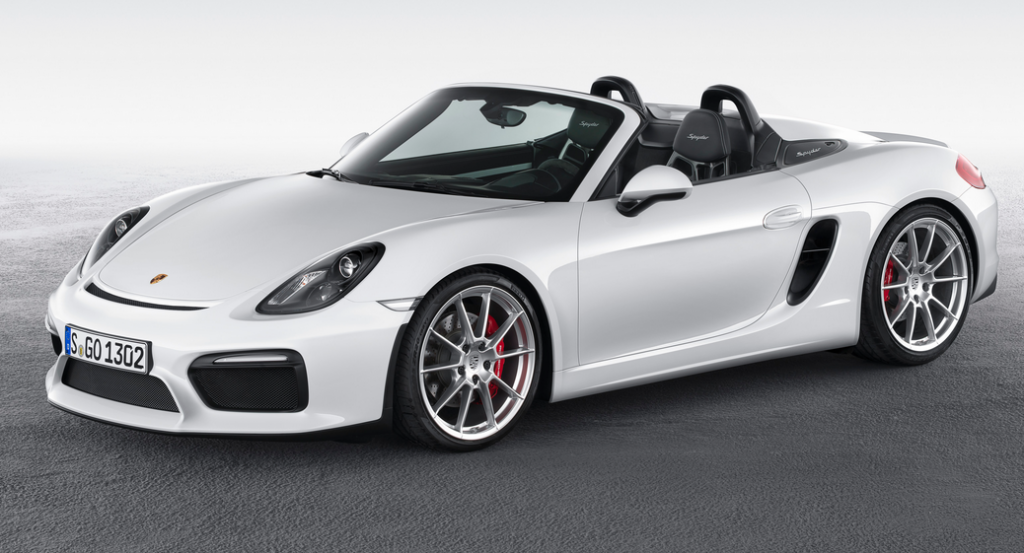 Porsche debuted a new variant of its two-seat Boxster convertible at the 2015 New York Auto Show. The 2016 Porsche Boxster Spyder is a pure-enthusiast model that’s been stripped down for weight savings and hopped up with some special performance hardware.

The high-performance highlights include a firmed-up sport suspension, brakes from the 911 Carerra S, and a 3.8-liter flat six tuned to 375 horsepower (the top 2015 Boxster has a 330-hp 3.4-liter six). The ride height is lowered slightly and the steering is tuned for more direct response. The cockpit is equipped with standard Sport Seats Plus and a slightly smaller steering wheel. 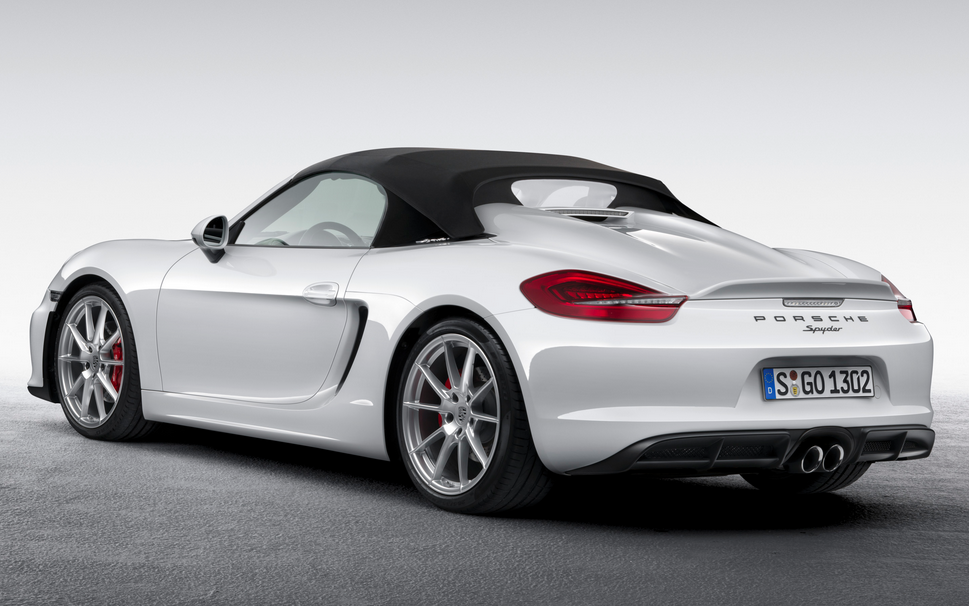 Unique exterior styling touches include an air outlet in front of the forward luggage compartment, distinct front and rear fasciae, and a rear decklid with unique “streamliner” humps trailing from the headrests (these recall the 1960s 718 Spyder).

In keeping with the Boxster Spyder’s no-frills, performance-first mission, the lightweight convertible top is operated by hand, and neither a radio or air conditioning is included. (However, both can be added at no extra cost if you’re not hardcore enough.) The Boxster Spyder is the lightest and most-powerful Boxster to date, so it’s no surprise that it’s also the fastest: Porsche claims a 0-60 mph sprint of 4.3 seconds and a top speed of 180.

Of course, it wouldn’t be a special-edition Porsche if it didn’t come with a stiff price premium: The base price of a topline 2015 Porsche Boxster GTS is $73,500, but the MSRP for the 2016 Boxster Spyder is $83,095 with destination included. The Boxster Spyder is scheduled to go on sale this October.

The Porsche Boxster Spyder’s exclusive performance and trim bits are certainly compelling. The expected price premium is steep, but this hot-rod Boxster still slots in below the base price of an entry-level 2015 Porsche 911… comfortably below, if you must have a 911 Cabriolet. Decisions, decisions.