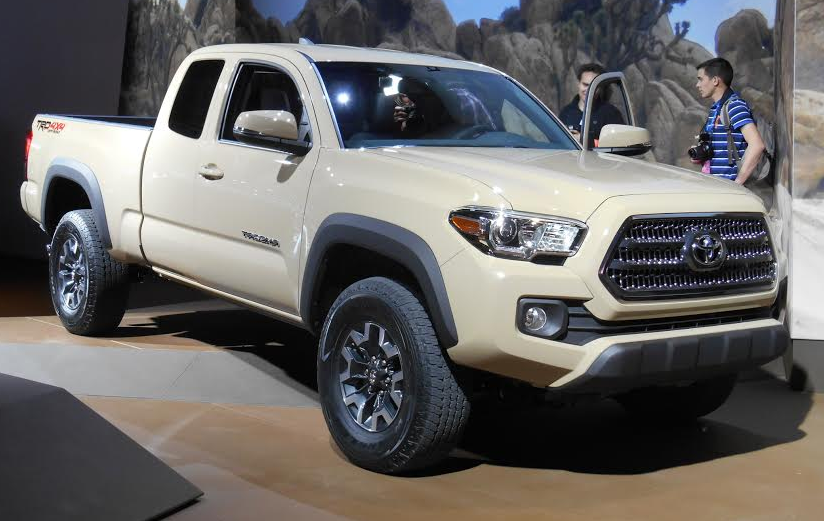 Toyota has redesigned its compact (the company calls it “midsize”) pickup for 2016 in an effort to extend its 10-year stretch as the segment’s best seller in the face of stiff new competition. 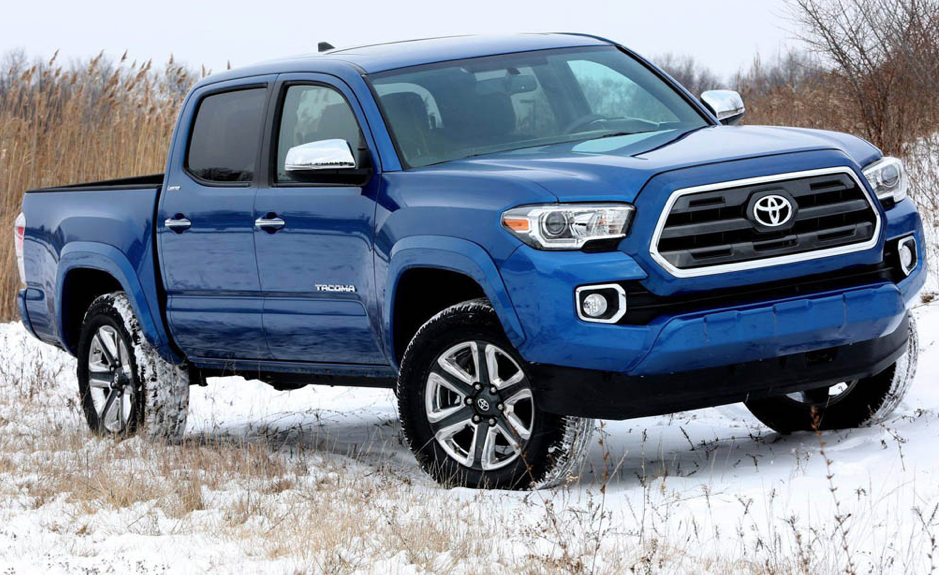 It gets a bolder look along with a new Atkinson-cycle 3.5-liter V6 featuring both port and direct injection for better fuel economy. Continuing is a standard 2.7-liter four. Newly available features include Qi wireless charging, an easy-lower tailgate, tri-fold hard tonneau cover, touchscreen audio system, blind-spot monitor, and rear cross-traffic alert. Newly standard is a GoPro mount–for recording all your on- and off-road “action.”

CG Says:
Tacoma has been about the best entry in a segment that had been almost completely ignored for far too long. That changed for 2015 when the Chevrolet Colorado and similar GMC Canyon were redesigned, leapfrogging the Tacoma with a far more modern design. Toyota is fighting back, and that can only be a good thing for buyers.
5 Most Efficient Large Pickups
Written by: Rick Cotta on January 13, 2015.