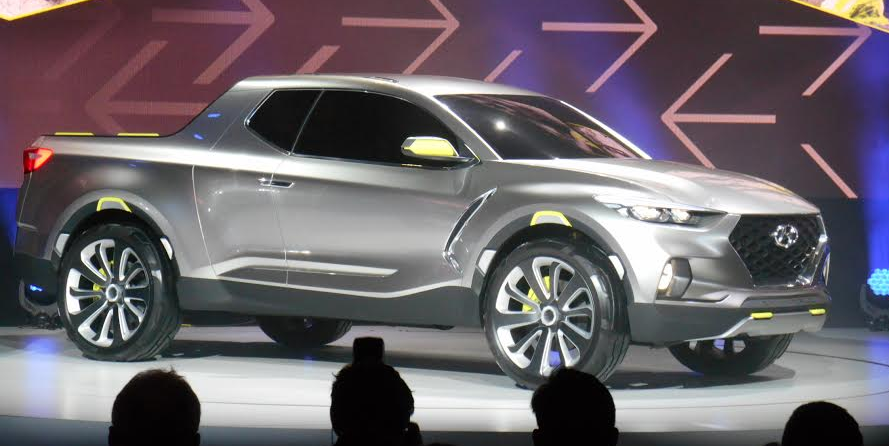 Hyundai’s Santa Cruz concept would be unique in the market if produced today now that the Honda Ridgeline is out of production. A crossover-based pickup, it’s more carlike than traditional compact pickups, which by and large aren’t that “compact” any more. Santa Cruz has four doors and seats up to five, and features an extendable bed that “stretches” out about a foot to provide what Hyundai says is compact-pickup-competitive cargo capacity. The bed also has an integrated rigid tonneau cover. The concept is fitted with a 2.0-liter turbodiesel churning out 190 horsepower and 300 lb-ft of torque, which may not make it here if the Santa Cruz ever comes to our shores.

Bring it on! There are at least a couple of our staffers who have contemplated buying a Subaru Baja or older Brat, and could never figure out why they didn’t sell better and survive. Apparently Hyundai wonders that as well, and is taking it upon itself to test the waters for a revival of sorts. We really hope Hyundai pulls it off. Stay tuned.