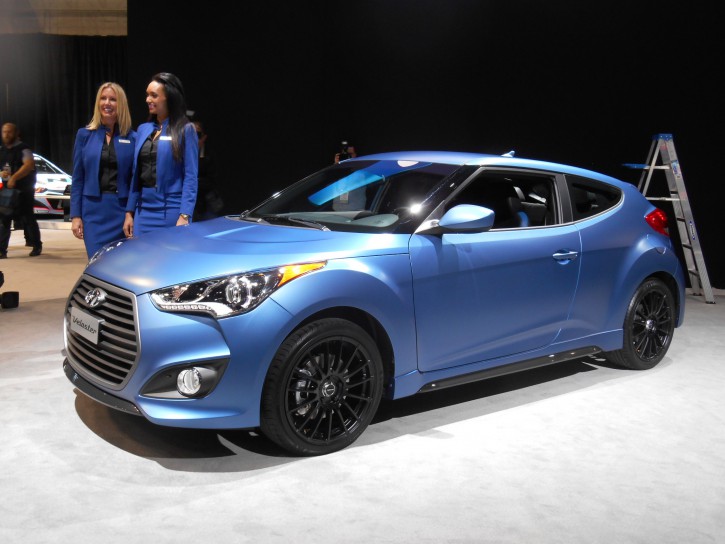 First up was the Veloster Rally Edition, which builds off the existing Turbo R-Spec model with even greater sporting appeal. On the “mechanical” side, it features a more performance-oriented suspension, lightweight seats, and wider 225/40R 18 tires. Visually setting it apart are carbon-fiber-look aero accents, unique badging, and Matte Blue paint. The Rally Edition goes on sale in May with a planned production run of just 1,200 units.

If the Veloster tickles your fancy but is just too tame to trip your trigger, perhaps the Rally Edition will. It combines a custom-car look with factory-built appeal, and with just 1,199 others on the road, folks may well think you did it all yourself. 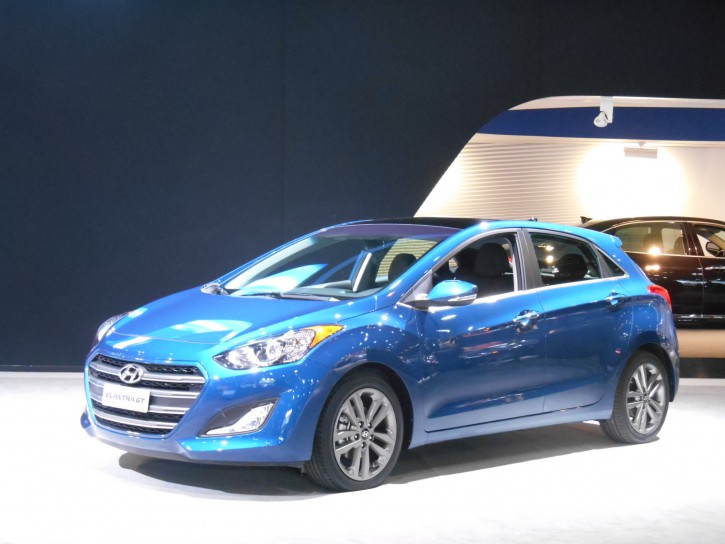 Also displayed at the Chicago Auto Show was the upcoming 2016 Elantra GT, due to go on sale next month at a starting price of $19,625 with destination—and quite a few features. Freshened styling includes what Hyundai calls “a more distinctive front fascia” (we have to agree), and the example shown was fitted with new-design 17-inch alloy wheels. As before, the GT comes with a 2.0-liter 4-cylinder engine with either standard 6-speed manual transmission or optional 6-speed automatic.

It’s hardly a major overhaul, but we do like the revised styling on a car that is already pretty darn impressive from a sporty-but-functional standpoint in the compact class.