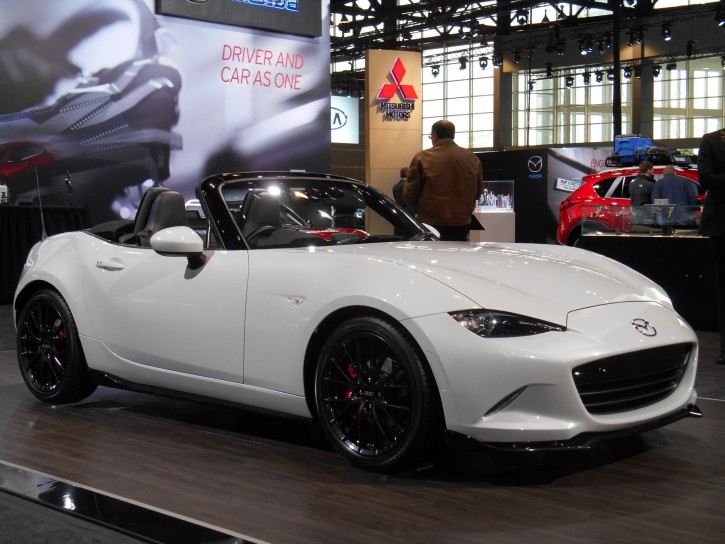 Mazda’s all-new 2016 MX-5 Miata is still a few months away from hitting the showroom floor, but already we’re getting a glimpse of its personalization potential. Mazda displayed an accessorized example of its soon-to-arrive sports roadster at the 2015 Chicago Auto Show. 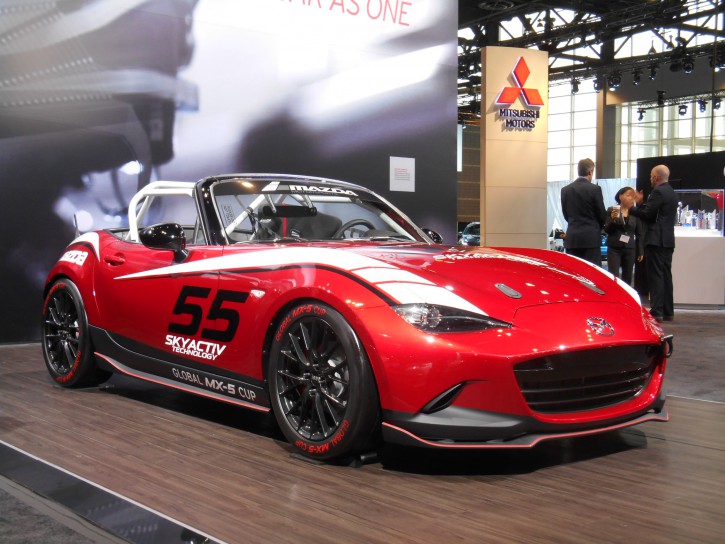 In addition the street Miata Concept, Mazda also had a 2016 MX-5 Cup race car on display.

P.S. If you’ve noticed—no, your eyes aren’t deceiving you… this concept Miata is a foreign-market right-hand-drive car.

The Mazda MX-5 Miata has traditionally been one of the most aftermarket-friendly cars around, so it’s no surprise that the all-new 2016 model will follow suit. Many Miata buyers are hardcore driving enthusiasts, and some of them are no doubt wringing their hands in anticipation of the new model’s launch. Seeing this car won’t make their wait any easier.