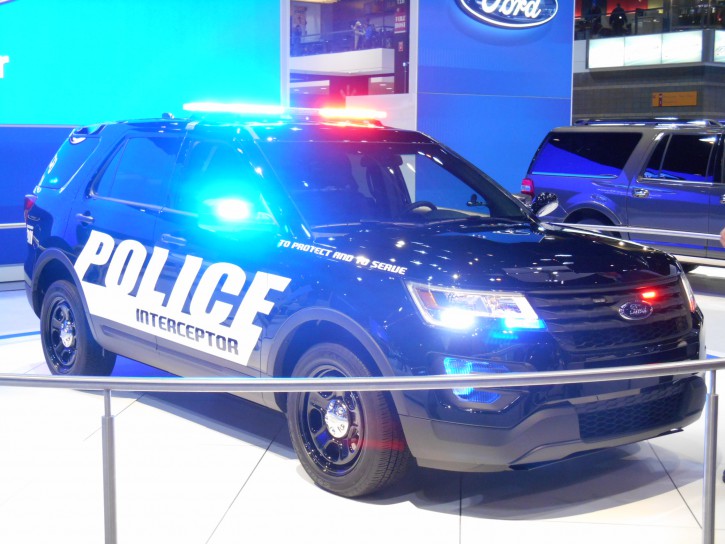 Ford pulled the wraps off an updated version of its police-spec Ford Explorer at the 2015 Chicago Auto Show—a fitting venue, since all Explorers are built in Ford’s Chicago Assembly Plant. Introduced in 2012, the Ford Police Interceptor Utility receives fresh styling and an updated electric system for 2016.

The Interceptor Utility is powered by a 304-horsepower V6 or a turbocharged 365-hp EcoBoost V6, both mated to a 6-speed automatic transmission. To become an Interceptor, an AWD Ford Explorer is outfitted with heavy-duty brakes, heavy-duty cooling, and a host of structural upgrades and reinforcements designed to ready the vehicle for the rigors of law-enforcement service.

For 2016 the Interceptor’s electric system has been upgraded to better host the myriad electronic equipment typically employed by police. Also new for 2016 is updated front and rear styling. 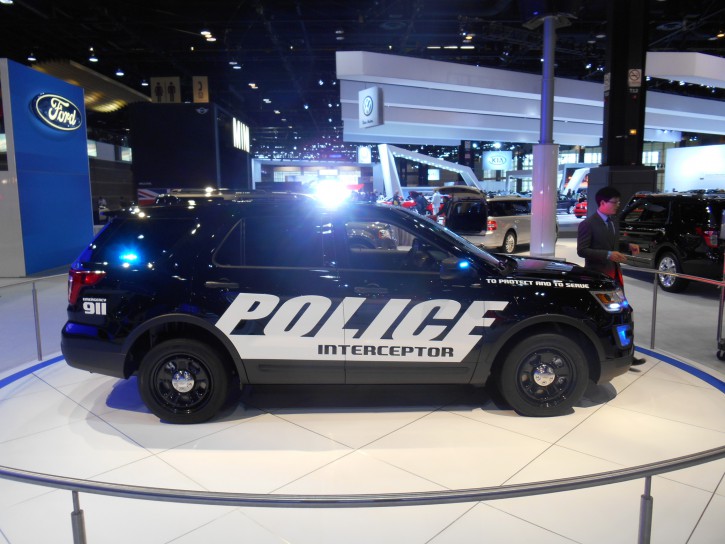 Keep your eyes peeled… the 2016 Ford Police Interceptor Utility is slated to be hitting the streets this summer.

Ford reports that the Taurus-based Police Interceptor is the best-selling police-vehicle in the country. Kudos to the Blue Oval crew for holding that title even after the ubiquitous Crown Victoria–long the law-enforcement favorite–was phased out. Additional congratulations to Ford for putting together a crossover package that has found favor with police forces. It’s only natural that the 2016 Police Interceptor Utility receives the updates of its 2016 Ford Explorer sibling.