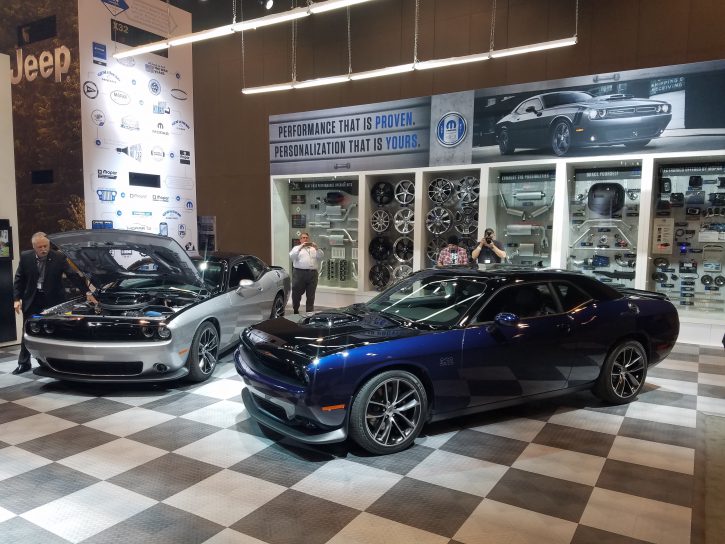 At the 2017 Chicago Auto Show, Fiat Chrysler Automobiles’ aftermarket division took the wraps off the latest in a long line of special-edition Dodge Challengers. The 2017 Mopar ’17 Challenger commemorates the 80th anniversary of the Mopar brand. It’s a limited-run model that adds a special paint job and other unique trim features to a 392 Hemi Scat Pack Shaker Challenger with a 6-speed manual transmission.

Just 160 Mopar ’17 Challengers will be built: 80 in a Pitch Black/Contusion Blue two-tone, and 80 in Pitch Black/Billet Silver. The Pitch Black finish and the front-fender 392 logos are hand painted at the Mopar Custom Shop. (Side note: The “3” in 392 is the stylized Mopar “M” turned on its side.) 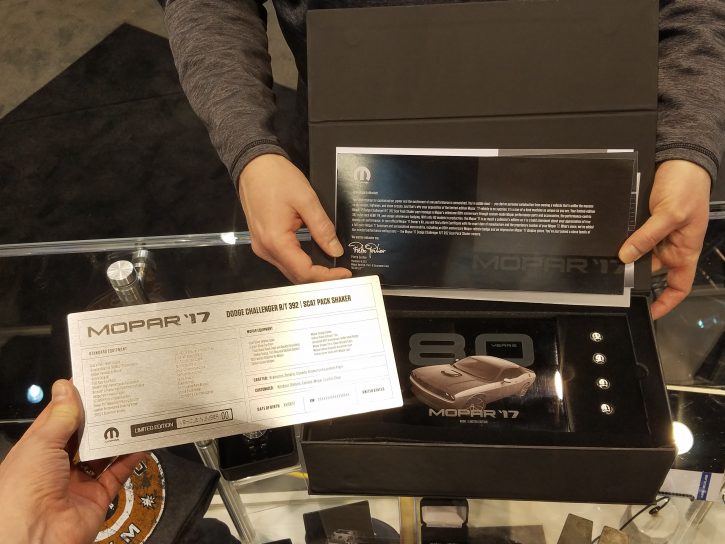 Sheesh… yet another special-edition Challenger. The custom-painted two-tone finish on this one helps it stand out a bit from its numerous predecessors, but at the end of the day all of its special features are essentially window dressing. If the Mopar ’17 Challenger’s looks and guaranteed exclusivity trip your trigger, and you’ve got about $57K to spare, have at it. However, the top-dog Challenger SRT Hellcat or the soon-to-be-unveiled top-TOP-dog Challenger Demon models are probably better collector bets in the long run.