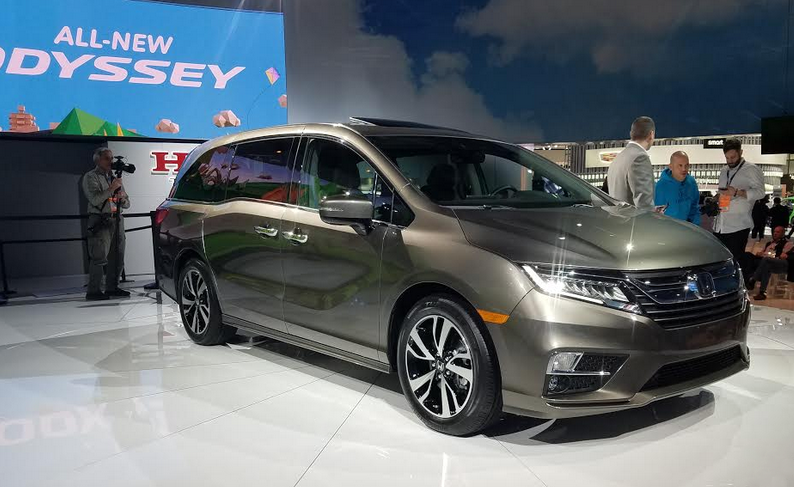 DETROIT—Honda unveiled the next-generation of its Odyssey minivan at the 2017 North American International Auto Show in Detroit. The all-new 2018 Odyssey is fortified with a host of new family-friendly features that should help it do battle in the suddenly-more-competitive minivan market.

New “Magic Slide” multi-position second-row seats adjust both fore and aft and side-to-side, which enables a variety of passenger/cargo-benefitting configurations. One of those is a “separation mode” that leaves a wide center aisle between the second-row seats–just the ticket for keeping squabbling kids out of arm’s reach of each other.The CabinWatch in-cabin camera helps the driver and front-seat passenger monitor passengers in the second and third rows, which should help mom and dad make sure little Johnny’s not hitting his sister. And, if Johnny needs direct scolding (or any other sort of verbal interaction), the CabinTalk feature allows the driver to talk to the second- and third-row passengers via the vehicle’s speakers and the rear entertainment system’s headphones. 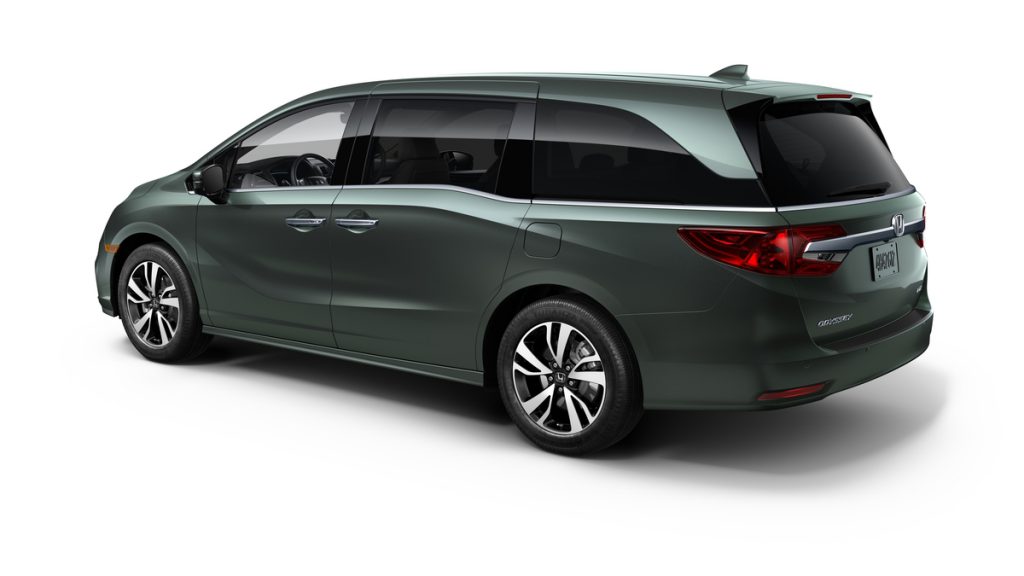 There are plenty of passenger-placating multimedia features available as well. The Connected Rear Entertainment System has a 10.2-inch ceiling mounted screen, and can stream video via the Odyssey’s 4G LTE Wi-Fi, public Wi-Fi, or a user’s cell-phone data plan. A “How Much Farther” app lets passengers track road-trip progress, similar to the “Are We There Yet?” feature on the Chrysler Pacifica. A CabinControl feature allows the rear entertainment system and rear-cabin heat/air conditioning to be controlled via a smartphone app.
Other available features include heated and ventilated front seats, heated side mirrors and steering wheel, wireless device charging, HondaVac built-in vacuum, and a hands-free power tailgate with foot activation. The Honda Sensing suite of safety technology equipment is standard on most trim levels.

In terms of exterior styling, the new Odyssey retains its signature  “lightning bolt” beltline design, but the body sculpting is a bit softer and less angular than before. The sliding side door tracks are now integrated with the rear quarter windows, which is a definite aesthetic improvement. The sole powertrain is a 280-horsepower 3.5-liter V6 that is paired with a 9-speed automatic transmission, or, on uplevel models, a new 10-speed automatic. Honda promises an exceptionally quiet cabin, thanks to triple door seals, available acoustic glass, increased sound deadening material, and standard Active Sound Control technology.

The 2018 Honda Odyssey is scheduled to hit dealerships this spring.

The excellent 2017 Chrysler Pacifica really changed the minivan game when it debuted last year, but the 2018 Odyssey looks like it will bring a formidable array of features and technology to the fight. We’ve typically found the Odyssey to be a touch more athletic and engaging to drive than most minivans, and we expect that the new model will maintain that slight edge in handling crispness over the competition. Stay tuned for our first road test later this spring.