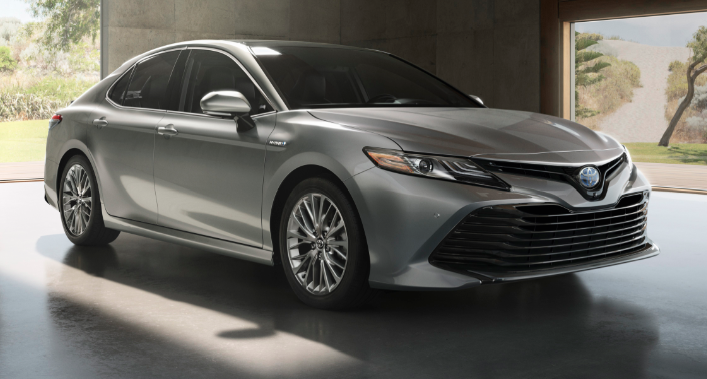 DETROIT—Toyota unveiled the all-new eighth generation of its long-running midsize sedan at the 2017 North American International Auto Show in Detroit. The 2018 Toyota Camry undergoes a fairly significant shift in focus, as the company aims to make its mainstream passenger car into a more dynamic vehicle in terms of both styling and performance.

The new Camry rides on an all-new platform that Toyota calls TNGA, for Toyota New Global Architecture. Compared to the previous model, the overall vehicle height is lowered by one inch, thanks in part to lowered seating positions for both from and rear passengers (nearly one inch in front and 1.2 inches in the rear). The overall profile is sleeker as well, with a hood line that is 1.6 inches lower than before.

Though the three engine choices are similar in basic concept to the previous-generation Camry, all three powertrains are new: a 2.5-liter 4-cylinder with an 8-speed automatic transmission, a 3.5-liter V6, and a gas/electric hybrid 2.5-liter 4-cylinder with a continuously variable transmission (CVT). Toyota was mum on horsepower and economy figures (and on which transmission the V6 will use), but we’d expect across-the-board improvements in both horsepower and fuel efficiency over the outgoing Camry.

The 2018 Toyota is set to begin arriving in dealerships in late summer 2017.

Here a few quotes lifted directly from the 2018 Toyota Camry’s press release: “vastly superior driving dynamics,” “a true driver’s car,” “a sportiness that’s never before been perceived on this model,” “unexpected attitude,” and “stirring performance that raises it to an unprecedented level of excitement.” Uhhh… wow! Looks like Toyota is serious about counteracting the somewhat dowdy reputation that the Camry has acquired over the years. From a styling standpoint, we’d say they’ve succeeded. We’ll have to wait for a test drive to find out if Toyota hit their target performance-wise, but the early specs look promising.