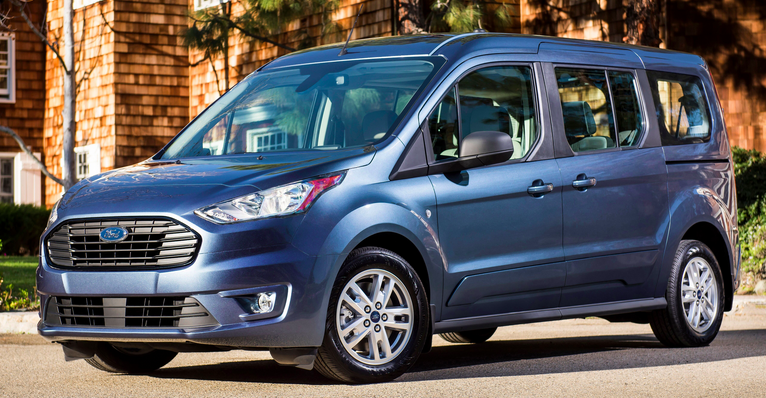 Ford’s front-wheel-drive Transit Connect Wagon comes in two lengths — both being shorter than other minivans — with 5- or 7-passenger seating. It has sliding rear side doors and offers a choice of swing-open rear cargo doors or a conventional liftgate, and the rear seats fold to create a flat load surface. Ford says the 2019 version should be the least-expensive 7-passenger minivan on the market, and stresses its versatility and ease in converting from passenger to cargo use.

The 2019 Transit Connect gets a revised grille treatment and trades its standard 2.5-liter gas engine for a 2.0-liter. Later in the model year, it’s due to offer a 1.5-liter turbodiesel, which Ford says should be the first in the segment and should be EPA rated at more than 30 mpg highway. With Tow Package, the Transit Connect is rated to pull up to 2000 pounds. 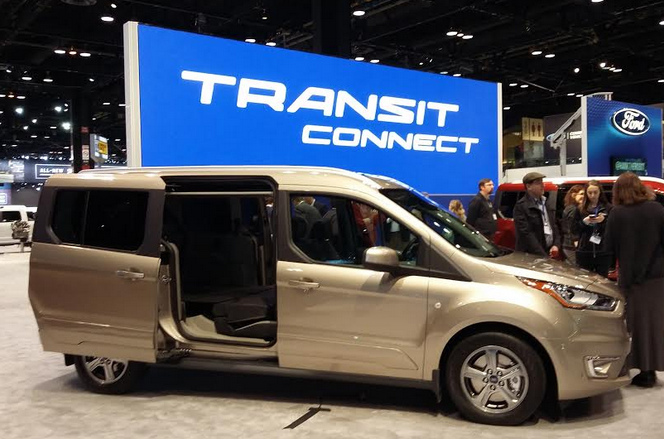 But the biggest news for 2019 has to do with features. Standard will be forward collision warning and mitigation with pedestrian detection along with 4G LTE modem. Also available will be a new “floating” 6.5-inch touchscreen, wireless cell-phone charging, adaptive cruise control, lane-keep assist, blind-spot alert, and rear cross-traffic alert.

The 2019 Ford Transit Connect Wagon is due to go on sale this fall, with the turbodiesel coming on line early next year. Also due is a dedicated cargo version.

When folks think “minivan,” Ford’s Transit Connect probably isn’t the one they picture. It’s smaller than other minivans and carries a more utilitarian look, and it only offers 4-cylinder engines while all competitors offer — and most come standard with — a V6. Furthermore, Ford doesn’t seem to promote it all that much. But its small size and better fuel economy make it a smart choice for those who don’t need the size, power, and cost of a “true” minivan, and the high-tech safety and convenience features added for 2019 bring it up to date in that regard with those of most rivals.