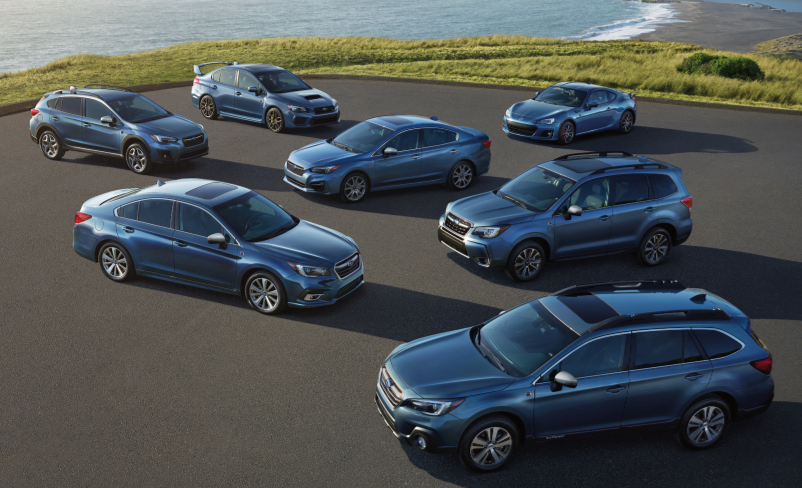 In celebration of the company’s 50th Anniversary of selling cars in the U.S., Subaru announced special commemorative editions of each of its vehicles at the 2018 Chicago Auto Show.

All of the 50th Anniversary models will sport unique Heritage Blue paint, satin-chrome exterior trim and badging, and 50th Anniversary emblems. Interiors feature black upholstery with silver stitching, silver seatbelts, and the 50th Anniversary logo stitched into the front seats and floor mats. All will also be fitted with high levels of standard equipment and produced in limited numbers. For the Crosstrek, Forester, Impreza, Legacy, and Outback, “limited” means 1050 examples of each; for the WRX, STI, and BRZ, it’s only 1050 in total.

If one of these special Subies strikes your fancy, take heed: The company says they’re on sale now at dealers across the country, so the clock is ticking ….

While many companies’ “special editions” come around all too often to be truly special, Subaru is not one of them. So if you want a Subaru that’s going to stand out a bit from the crowd, this might be a rare opportunity. Note, for example, that if you snare one of the already-special WRX STIs in more special 50th Anniversary livery, there will only be 199 others like it in the entire country.