Well, it’s official now… the Lexus LC 500 grand touring coupe will be joined by a convertible version for 2021. At the beginning of this year, Lexus displayed a LC 500 Convertible Concept at the 2019 Detroit Auto Show, and the production version that is making its global debut at the 2019 Los Angeles Auto Show is remarkably close to the show car.

Lexus engineers aspired to make the convertible’s driving dynamics as close its coupe sibling’s as possible, in part by adding structural bracing to maintain the chassis rigidity lost by the removal of the steel top. Likewise, the suspension has been modified to compensate for the convertible’s slight change in weight distribution. The convertible shares the LC 500 coupe’s 471-horsepower 5.0-liter V8 and 10-speed automatic—there was no mention of the gas-electric V6 hybrid powertrain of the LC 500h coupe, and we doubt that Lexus will ever make that powertrain available in the LC droptop. 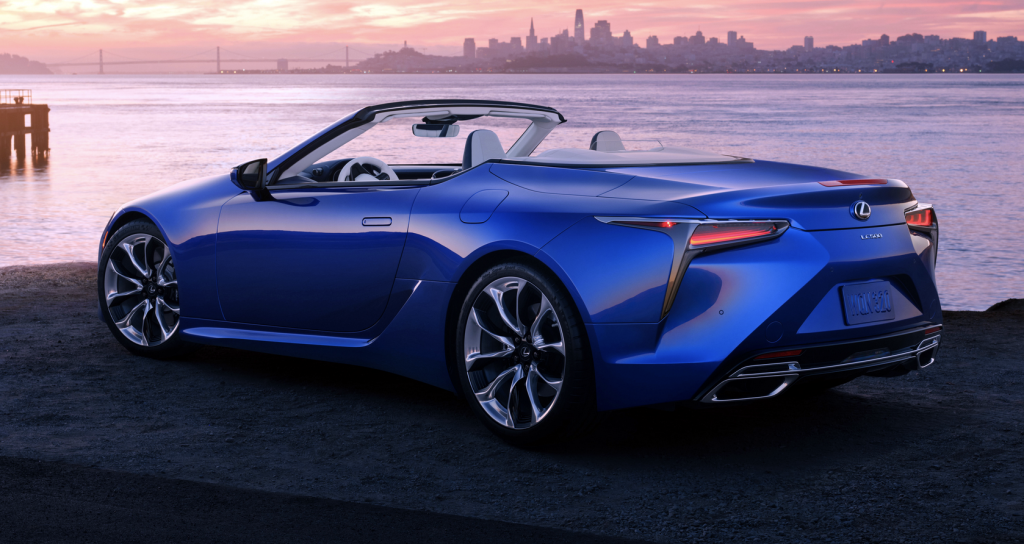 The LC 500 Convertible is approximately 200 pounds heavier than the coupe, so there should be only a minor loss of performance. The LC 500 Convertible has a complete array of modern safety features, including active roll bars that are designed to deploy when sensors detect a rollover. A fabric convertible top was chosen instead of a retractable hard top, because the cloth top is lighter and requires a smaller reduction in trunk space. Top-down driving in chilly weather is made a bit more hospitable via neck heaters designed to keep the upper body warm. If the weather gets too disagreeable, the top can be raised in 16 seconds at speeds up to 31 mph.

The actual LC 500 Convertible on display at the LA Auto Show is part of the Inspiration Series, a special-edition model that is limited to 100 units. The Inspiration Series cars wear Structural Blue paint and feature white semi-aniline leather upholstery, a unique blue top, and other special trim garnishes. A one-of-a-kind Inspiration Series convertible with several unique features will be sold at the Barrett-Jackson auction in Scottsdale, Arizona, in January 2020, with the proceeds going to charity. The 2021 Lexus LC Convertible is set to arrive in dealerships in the summer of 2020. 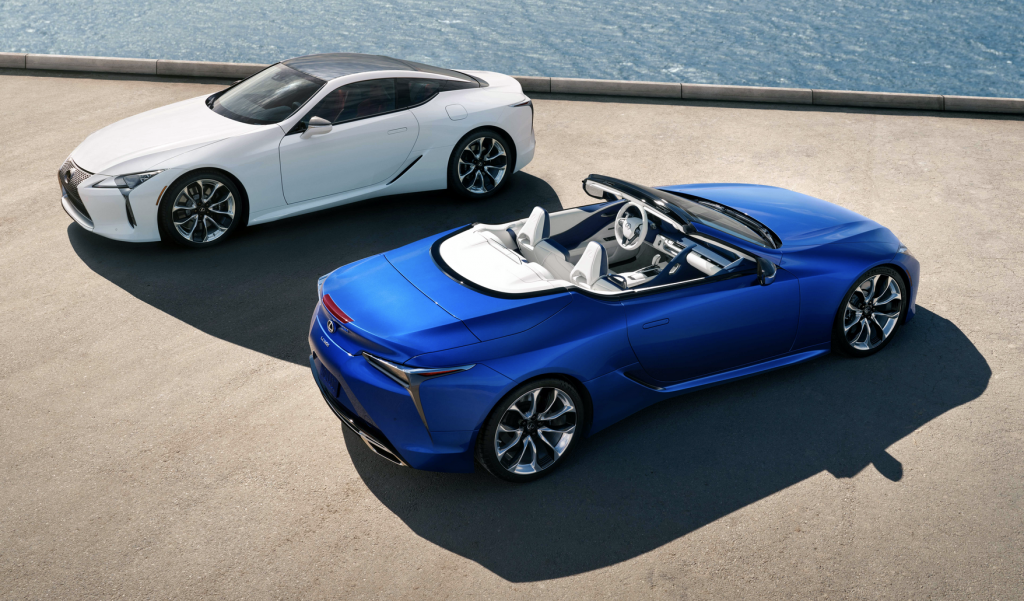 This one was something of a no-brainer. After the warm reception the LC Convertible Concept received at Detroit, we’re not surprised to see a production version join the lineup, and the L.A. Auto Show seems an especially appropriate place to introduce it—this is very much an “L.A.” car. Lexus’ performance flagship LC 500 coupe combines head-turning looks with exotic-car handling and acceleration. Now, those virtues can be enjoyed with wind in the hair.