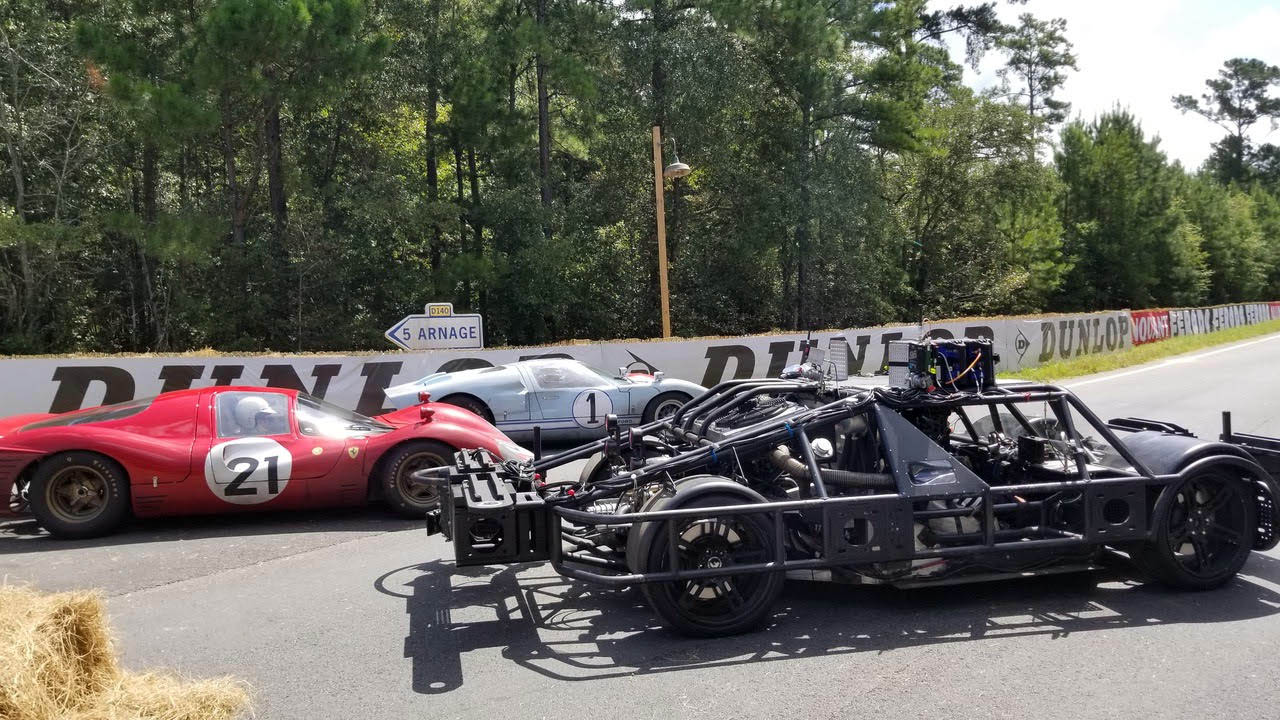 In its opening weekend, Ford v Ferrari raked in about 31.5 million dollars, so it’s safe to call this high-octane historic racing film a bona fide success right out of the gate. A key part of the movie’s appeal is the way it captures the look and feel of 1960s sports-car racing—an especially difficult task, considering the current value of the original vehicles involved. 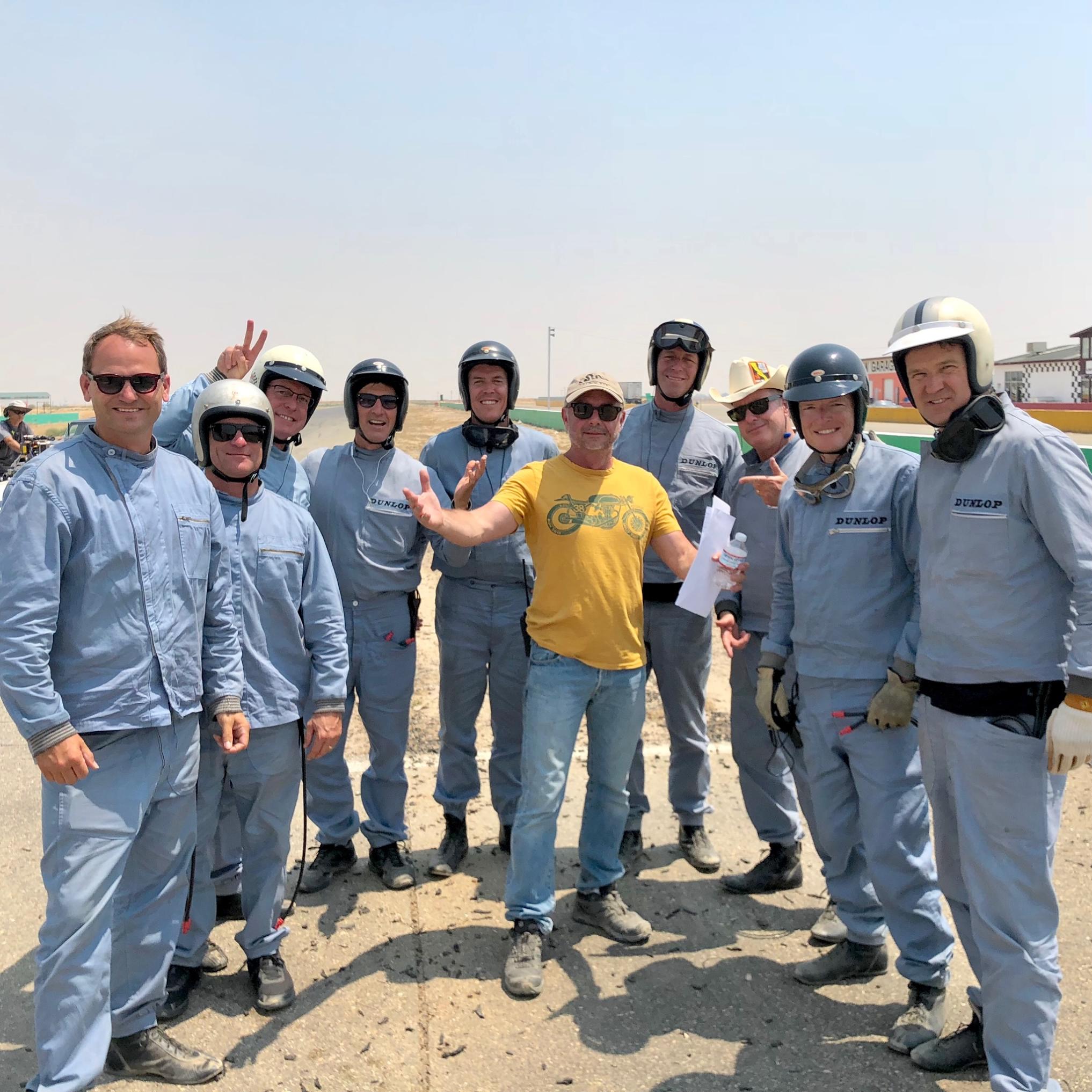 Stunt coordinator Robert Nagle (seen here in a yellow T-shirt with a few of the film’s stunt drivers) is a Hollywood veteran who was responsible for helping to create the thrilling racing sequences in Ford v Ferrari.

Rob Johnson, vehicle art director for Ford v Ferrari, had the formidable assignment of rounding up the necessary cars for the movie. In all, the filmmakers acquired 423 vehicles—by leasing them, borrowing them, or buying them outright. Most of the key Shelby vehicles came from Shelby Legendary Cars and its parent company, Superformance—both in Irvine, California. Those two firms hold the exclusive rights to build and sell officially licensed versions of Shelby’s 1960s Cobras and Ford GT40s. Many of the other race cars in the movie—including the gorgeous Ferrari P3/P4s that were the GT40’s nemesis—were supplied by Race Car Replicas (RCR) in Fraser, Michigan.

We had the opportunity to fire off a few quick questions to Robert Nagle, the stunt coordinator for Ford v Ferrari, and get a few behind-the-scenes details. Robert has enjoyed a successful career as an award-winning Hollywood stuntman; he’s worked on auto-action films such as Baby Driver and The Fate of the Furious and won a Technical Achievement Academy Award in 2015 (along with Allan Padelford) for “The Biscuit Jr.,” a 650-horsepower, high-performance camera vehicle. The Ford v Ferrari job was cherished opportunity for Nagle, who said “…as a former race car driver, being able to help recreate one of the most iconic stories in racing history was a dream come true.”

Consumer Guide: Original Ford GT40s and 1960s Ferraris are among the most valuable cars on the planet, so using the original race cars wasn’t feasible. How were the race cars of Ford v Ferrari constructed?

Robert Nagle: They were all replica vehicles. The only exceptions were the Corvette race cars and some of the static Ferraris [in] the Ferrari factory [scene]. I think the value of the three static Ferraris exceed the film’s budget!

CG: What was it like working with the sons of legendary race-car drivers like Ronnie Bucknum, Dan Gurney, and Phil Hill? Did any of them have insights about the cars that their fathers had passed on to them?

RN: It was more about having real race-car drivers, and the fact that I was able to recruit the sons of those legends helped add to the mystique of that era. Jeff Bucknum got pretty emotional the first time he saw his father’s GT40—of course we harassed him [about that] for the remainder of the shoot. I found it very fitting that Alex [Gurney] was cast as his father, especially since his father had passed just a few months prior to us filming. When Derek Hill first came to the set of the Le Mans pits, he was taken back in time; he had seen the real version in the early Seventies with his sister, and he said it looks exactly the same—a huge complement to production designer François Audouy and his team. 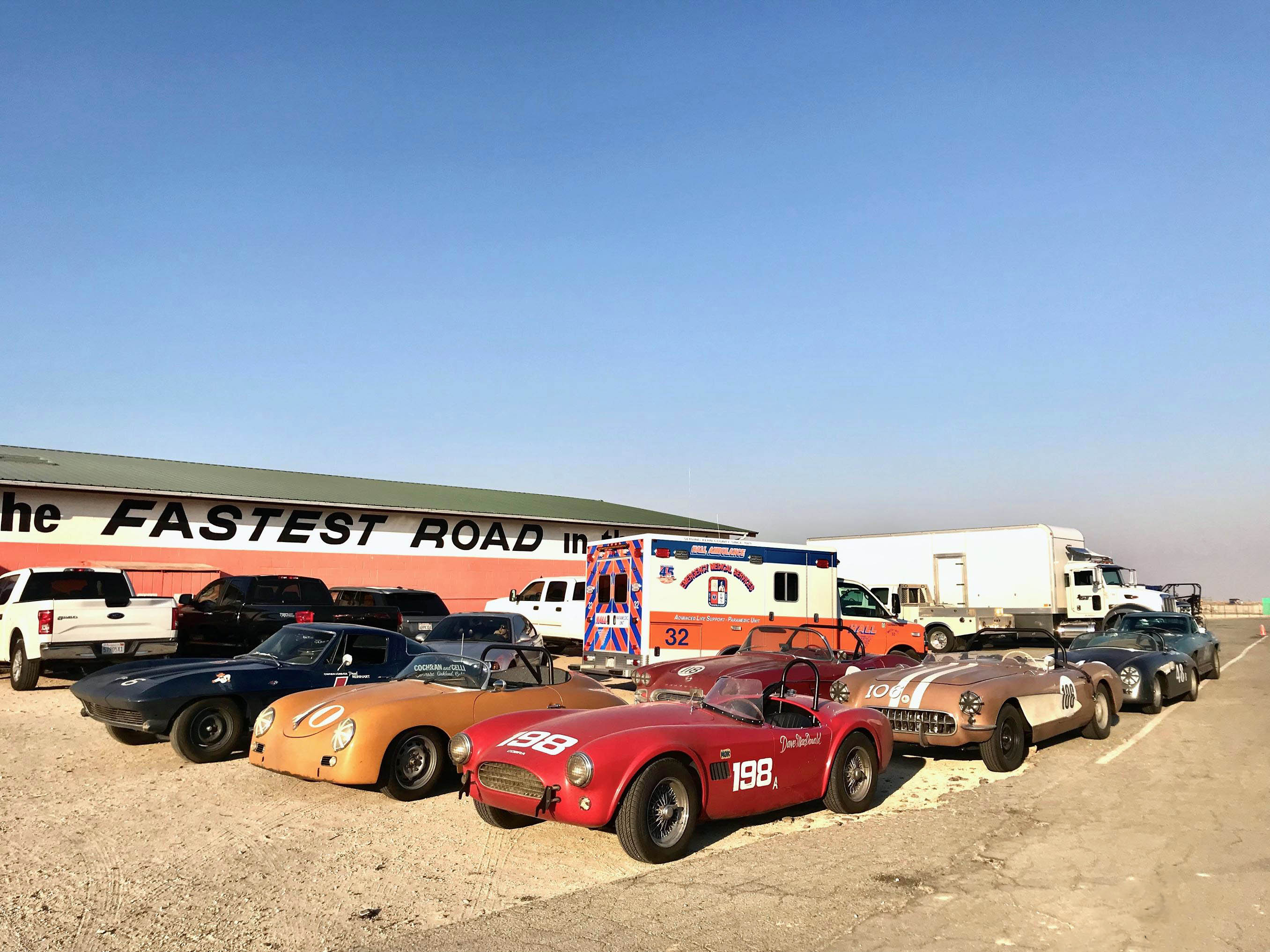 A pack of late Fifties and early Sixties Corvettes and Porsche Speedsters and a Shelby 289 Cobra (red car, front and center) are seen here parked on-set at a recreated Willow Springs International Raceway.

CG: For a Hollywood movie, Ford v Ferrari is quite accurate overall in terms of the period correctness of the cars—what were some of the ways these era-correct details were achieved and maintained throughout the movie?

RN: Rob Johnson was the vehicle art director and did an amazing job of juggling all of that.

CG: Did the vintage race cars in Ford v Ferrari pose any special challenges for stunt driving that you didn’t encounter with the late-model vehicles in the other movies you’ve done?

RN: The true vintage cars like the Corvettes are sort of a double-edge sword. There are zero electronic safety features—which we prefer—but they are old cars nonetheless.

The film’s scenes of the GT40s’ race at Florida’s Daytona International Speedway (which today looks nothing like it did in the late 1960s) were actually shot at the Auto Club Speedway in Fontana, California.