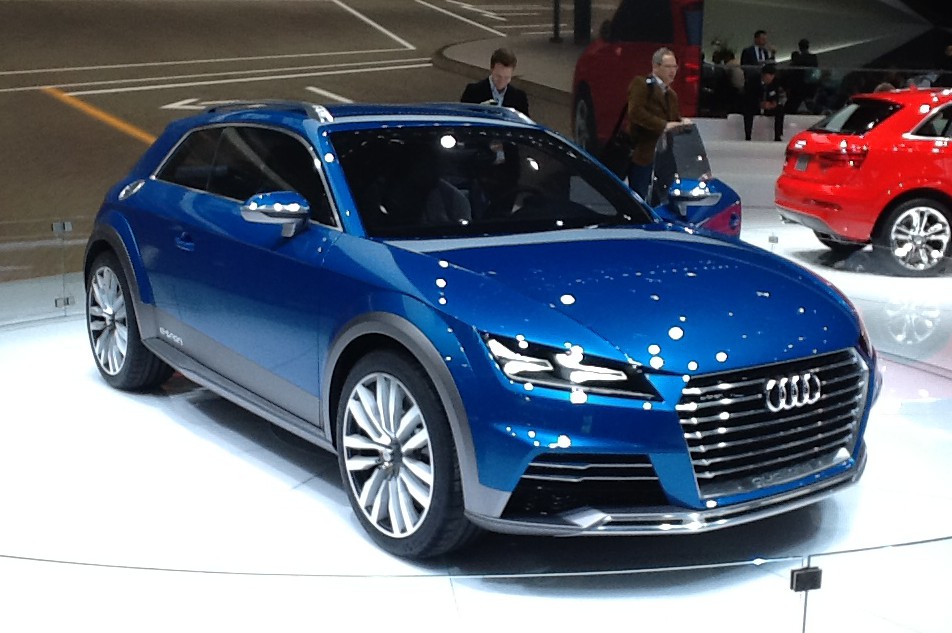 DETROIT — Audi built its reputation in the U.S. on its Quattro all-wheel-drive cars, and began augmenting those with SUVs a few years back; first the full-size Q7, followed by the compact Q5 and the recently announced (and even smaller) Q3. Now the company seems to be combining the attributes of an SUV with the soul of a sports car in a new plug-in hybrid concept called the “allroad shooting brake” (all lower case in Audi-speak). A look inside the shooting brake concept.

For those who don’t know, “shooting brake” is a European term for what Americans would call a station wagon. (Never mind that “shooting” and “brake” would seem to be conflicting words.) And “allroad” has been used before on car-like crossovers. But the allroad shooting brake is a Quattro of a different color.

Smaller than even the compact-size Q3 SUV, the allroad shooting brake is a two-door hatchback with raised ride height. It’s also a plug-in hybrid using Audi’s e-tron technology. Although the use of gas and diesel engines is being promoted, Audi didn’t say what engine contributed to the claimed 408 gas/electric combined horsepower. Seeing as the allroad is claimed to have an aluminum and carbon-fiber-reinforced body, one would have to conclude that its power-to-weight ratio would put it squarely in the performance-car camp.

Bring it on! It’s way too early for Audi to talk about prospective prices (which would likely be high due to its plug-in hybrid powertrain and exotic body structure), and of course, as a concept, there’s no guarantee that it will be built at all. But this is the type of vehicle that would really showcase the company’s technological prowess, and is also the type of vehicle we think would attract a wildly enthusiastic audience.