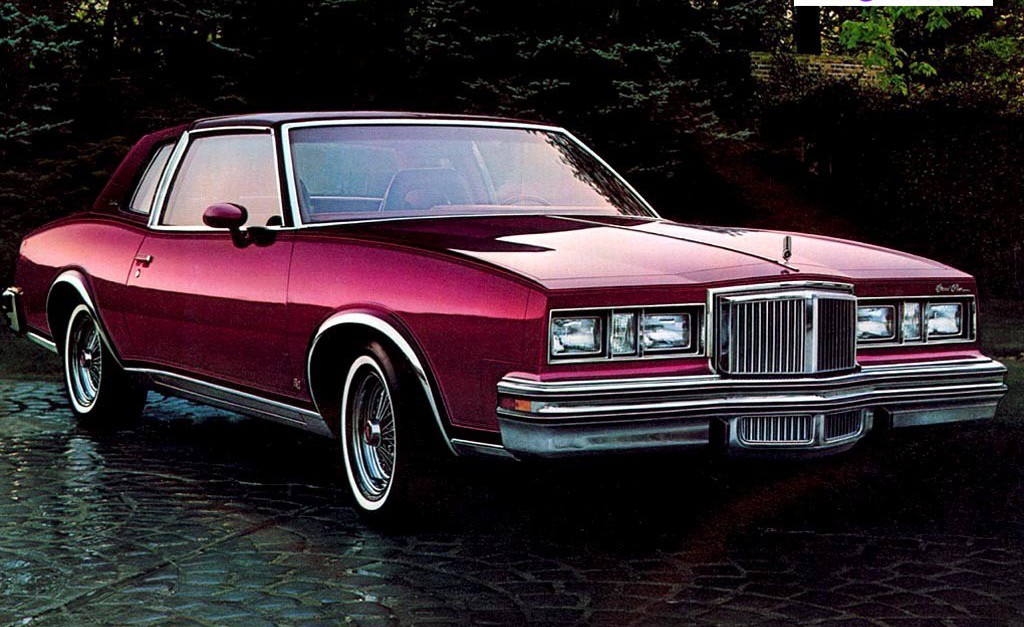 The “cash car” was an early Eighties Pontiac Grand Prix with the 265-inch V8, and console shifter.

I’ve always thought that one of the highest compliments anyone can pay another person is to trust them. So, when Tony, my boss at the service station, asked me to make the weekly bank-deposit run, I was thrilled. Thrilled for a couple of reasons.

Mostly, I was glad Tony trusted me. He was a tough guy, and hard to please, but he was also a decent boss, and something of a second father to me. A smoking, foul-mouthed, work-your-ass-off kind of second father, but one of the most goodhearted people I ever knew.

I was also thrilled to be making the deposit because it temporarily got me out of the oil-change madness that marked every Saturday at the station. But I was also glad to be a part of the ritual that came with shuffling a huge bag of cash.

The money was to be moved at about 10:00 AM on any given Saturday, and there was a lot of it. This was 1985 or so, and we didn’t accept Master Card or Visa; only Mobil cards and cash, and overwhelmingly we did business in cash.

So, around ten, I would walk into Tony’s office to find an impressive collection of bound ten- and twenty-dollar bills on his desk. By the time I got there, Tony had counted the money once or twice, and now I was to count it again. Tony’s original count was always correct. Because my first count was not, I not infrequently needed to count again.

The bound towers of cash, parsed into $1000 chunks, were stuffed into a cool, lined, green, fake-leather zippered pouch made for just such missions. As I recall, the pouch bore the name of the back on both sides.

Perhaps to lend an air of importance to my mission, Tony always let me drive his car to the bank. So, while the other guys at the station were being soaked in drain oil, I was settling into the leather bucket seat of a loaded Grand Prix with a console shifter and the optional 265-inch V8.

Tony never talked about God or religion, but the only cassette I ever found in his car was a collection of gospel hits sung by the Gatlin Brothers. I could be wrong, but it seems that every time I started up the car, “Somebody Loves Me” was playing. 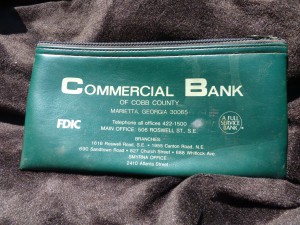 This wasn’t the bank, but the money-run pouch was otherwise a lot like this bag.

I remember Tony too fondly to call him paranoid, so let’s just say he was careful. And by careful, I mean that he made me take a different route to the bank each week. On hot days, I was especially careful not to take the shortest route, lest I return to the steamy oil-change bay too soon.

So, here I was, avoiding real work, driving around in a cool car with working air conditioning listening to good gospel music on a decent stereo with about $15,000 in cash on the seat next to me. My youth is filled with memories both less awesome and less bizarre.

The delivery end of my trip was fun, too. There was a private side entrance at the bank for commercial clients, and I was–however briefly– just such a customer. Inside the ceremony continued, as I was expected to closely watch the cashier count the money. It was always the same guy, and he always got it right the first time. A signature from me and a pair of deposit slips (one yellow, one pink) later, I was back in Tony’s car with an empty pouch and the ugly prospect of a half-dozen or so oil changes ahead of me before I had to start scrubbing the bay floors.

Yet, for about an hour or so, I was a courier on a secret mission. Better yet, I was the only guy at the station, except for maybe Tony, who was still clean when we broke for lunch. So, Tony, thanks for trusting me. I didn’t mess with your radio or even adjust the seat. And, per your request, at the time I didn’t even tell my friends about the weekly cash run. But, if you still have the bank pouch, I’d take it. Heck of a souvenir.