Last week we took a gander at the Dodge Charger police car. This week, it’s Chevrolet’s turn. The 2012 Chevy Caprice PPV (Police Patrol Vehicle) is essentially a rebadged, police-spec version of the Holden Caprice sold by GM’s Australian division. Available with either a 301-hp 3.6-liter V6 or a 355-hp 6.0-liter V8, the Caprice PPV is Chevrolet’s first rear-wheel-drive police car since the cancellation of the previous Caprice Classic in 1996. In the ensuing 16 years, the Ford Crown Victoria Police interceptor has more or less dominated the cop-car market by default. However, Ford has recently canceled the aged Crown Vic, and is replacing it with 2013 Police Interceptor Sedan and Utility (which are police-spec versions of the Ford Taurus and Explorer, respectively). Since police agencies nationwide will soon be forced to phase out their long-running Crown Vics, Chevrolet and Dodge have a real opportunity to make inroads in the police-fleet market again.

Unlike Dodge and Ford, Chevrolet does not currently offer a civilian version of its police car. The Caprice PPV is strictly a fleet-only vehicle . . . for now, at least. Chevrolet has been teasing the public for months about its plans to introduce the limited-production 2014 Chevrolet SS, a rear-drive, V8-powered full-size sedan that will be based on the same Zeta platform as the Caprice PPV and the late, lamented 2008-09 Pontiac G8. It’s unclear at this point whether the forthcoming SS will use the long wheelbase of the PPV or the nearly four-inch-shorter wheelbase of the G8, but it’s a safe bet that the SS will bear a close family resemblance to both of these vehicles.

Chevy says it won’t be introducing the 2014 SS until late in calendar 2013. In the meantime, here are some shots of the V8-powered rear-wheel-drive Chevrolet sedan that you can’t buy . . . unless you’re a motor-pool purchasing manager.

Though the Caprice PPV shares much of its basic Zeta architecture with the 2008-09 Pontiac G8, it rides a longer wheelbase than the departed Pontiac: 118.5 inches instead of 114.8. (Gotta have a big back seat to haul in the bad guys.) 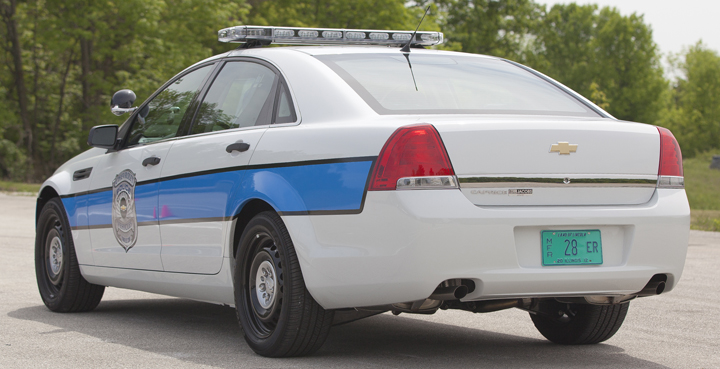 The Caprice PPV looks fairly nondescript from the rear, though the meaty tires and dual-exhaust outlets hint at its capabilities. 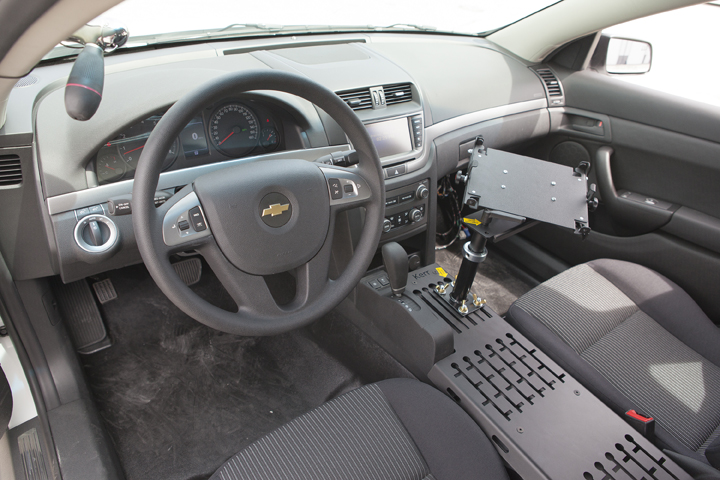 The PPV patrol car’s metal console has mounting slots for a variety of police equipment, including the laptop-computer stand shown here. Chevrolet also offers a “detective” version of the PPV with a traditional passenger-car center console. 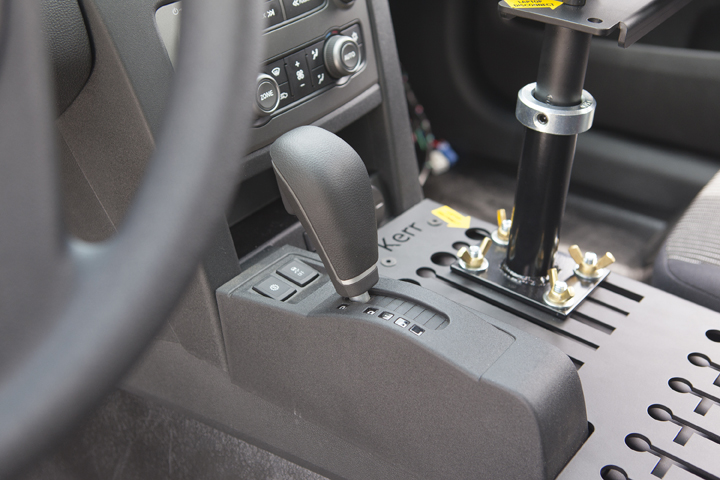 Unlike other police patrol cars, the Caprice PPV retains a console-mounted shifter, but it’s been designed to take up as little real estate as possible. 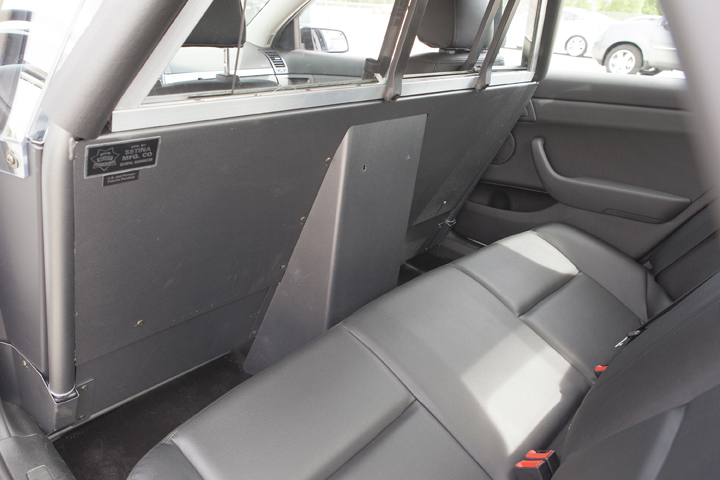 If you end up here, chances are you’re having a bad day. Even with the PPV’s long wheelbase, the passenger-compartment divider significantly cuts into rear-seat legroom. 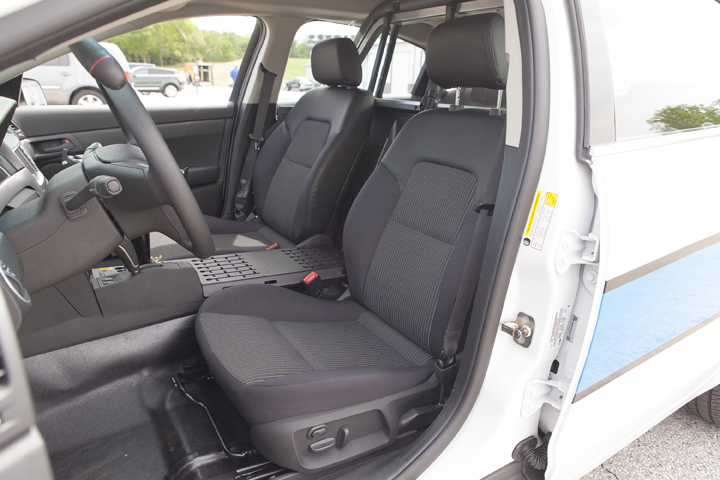 Like its Dodge and Ford rivals, the Caprice PPV’s front bucket seats are contoured to allow clearance for an officer’s equipment belt. Note that there is no carpeting in the car, just a grippy, rubber-like floor. 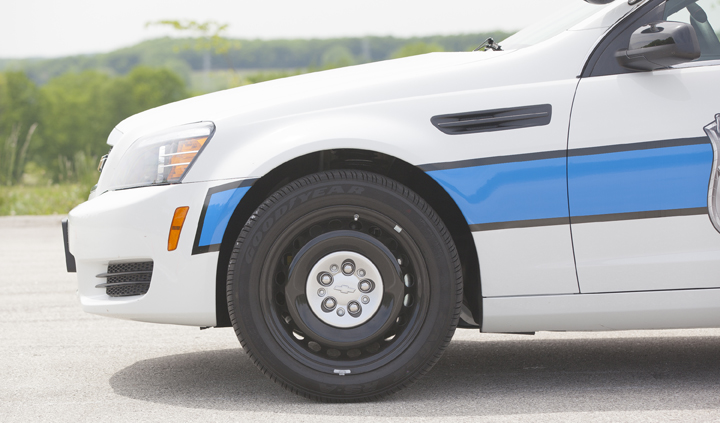 Hefty 18-inch wheels on Goodyear RS-A tires help give the Caprice PPV surprisingly capable handling for a car of its size and heft. We were lucky enough to take a lap around Wisconsin’s Road America racecourse in this Caprice PPV, and we were impressed at how well the 4,100-plus-pound big sedan cornered.