The 2012 Dodge Charger police car looks plenty menacing. Please pardon the grassy surroundings; we snapped these pics on private property, because we were worried about getting cited for impersonating a police officer.

With Ford’s cancellation of the long-running Crown Victoria Police Interceptor after the 2012 model year, the police-car market is more up-for-grabs than it has been in nearly two decades. We figured that now is a good time to take a quick, up-close look at the current cop cars that the Detroit Three are offering to police fleets nationwide, as all those Crown Vics near the end of their service lives.

First up is the 2012 Dodge Charger police car. We had the opportunity to poke around inside this Hemi-powered example and take it for a quick spin at a recent Chrysler press event. This is the first of a three-part series; we’ll take similar walk-arounds of the Chevrolet Caprice PPV and the Ford Police Interceptor Sedan and Utility in future posts.

The Dodge Charger’s available 5.7-liter Hemi puts it at the top of the cop-car heap in terms of horsepower. It produces 370, versus 365 for the Ford Police Interceptor Sedan with the 3.5-liter Ecoboost V6 and 355 for the Chevrolet Caprice PPV’s 6.0-liter V8. 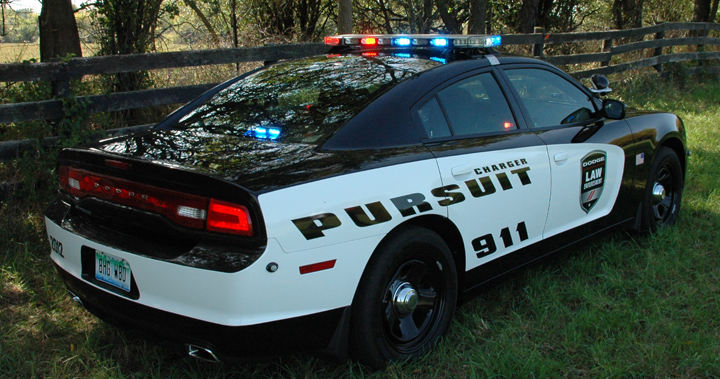 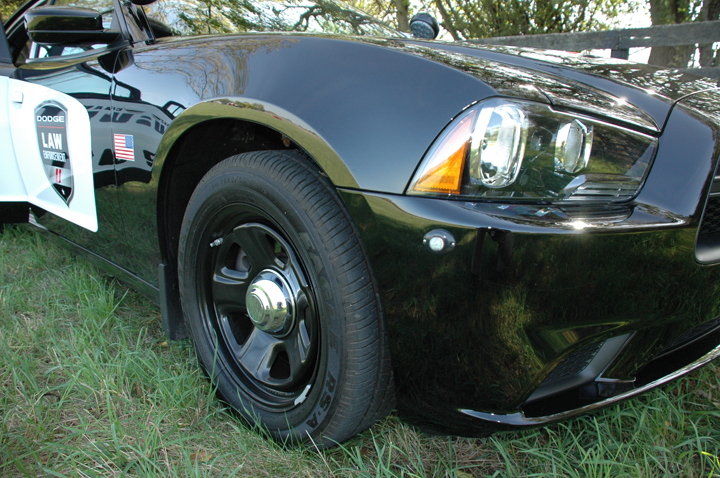 Most police vehicles are shod with steel wheels, which are better at withstanding the rigors of police use (such as driving over curbs and the like) than alloy wheels. Note the small LED corner lights. 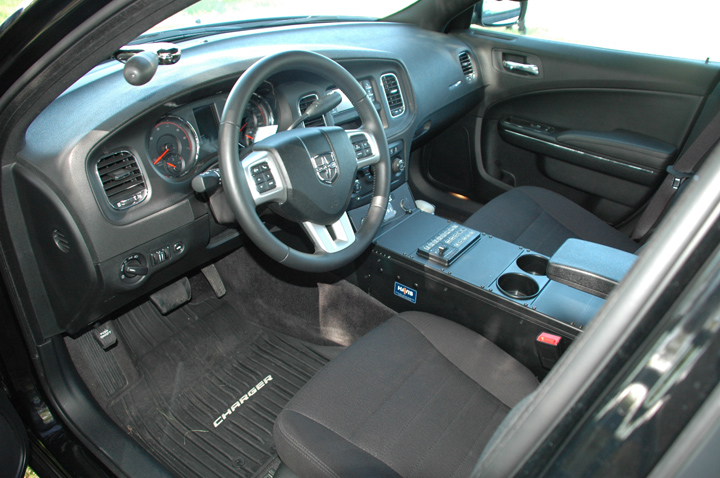 The center console is one of the biggest deviations from a “civilian” Charger interior. Like almost all police cars, the shifter is on the steering column instead of the console. Removable plates on the console allow for the mounting of the specialized computer equipment that is added by individual police agencies. 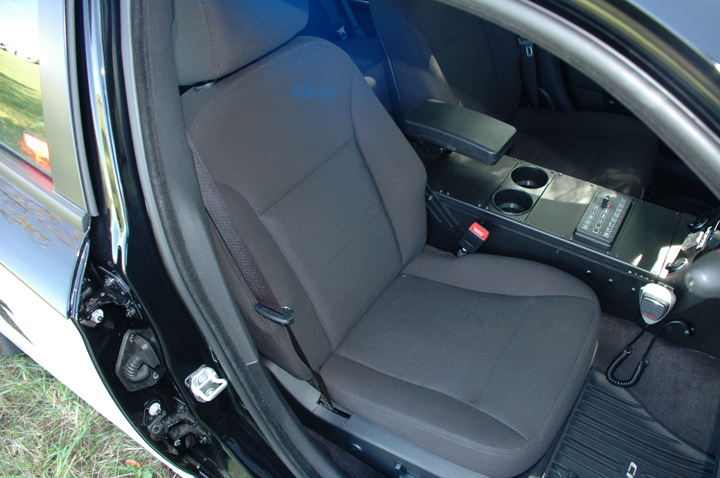 The front-seat cushions are modified to allow space for an officer’s equipment belt, and the seat-belt latch receptors are extended for belt clearance as well. The radio/public address microphone hangs on the passenger side of the console. Optional are internal plates in the seatbacks that protect officers in the event a bad guy in the back seat has a knife or other sharp object. 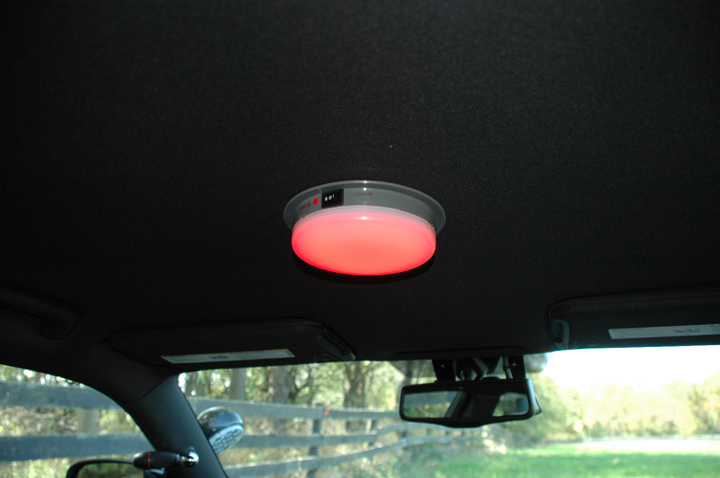 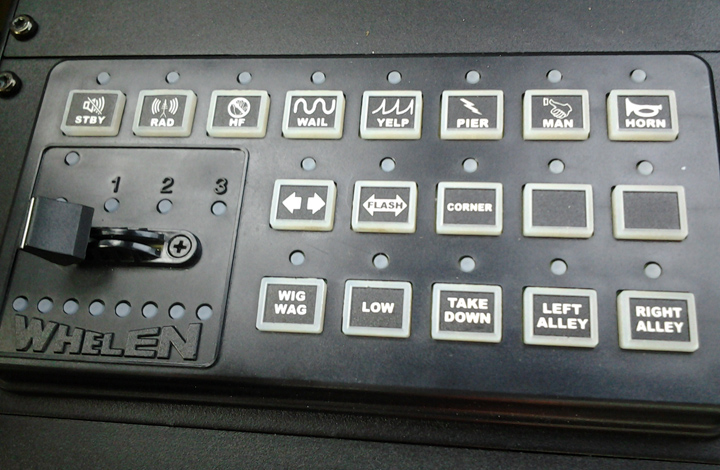 Here’s a close-up of the control panel for the light-bar/siren system. We got a look at the window sticker for this car and were taken aback at how expensive these two essential items are. For example, the siren system is $2,100, and the full-feature overhead Whelen light bar is a cool $4,400. As it sits, the total sticker price of the car shown here is $46,355.