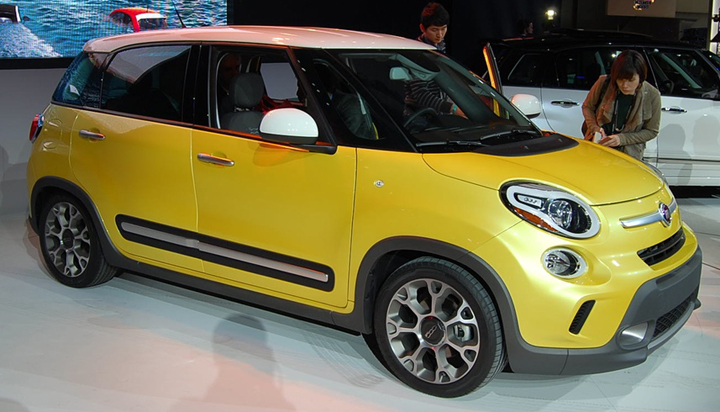 At the 2012 Los Angeles Auto Show, Fiat unveiled the new 500L 4-door compact car and two variations on its existing 500: the high-performance 500c Abarth convertible and the electric-powered 500e.

The new vehicle, representing the second nameplate in Fiat’s lineup, is the 500L. It is a 4-door crossover-like wagon that uses the same engine as the Abarth, a high-performance variant of the company’s 500 minicar. That powerplant is paired with either a 6-speed manual or 6-speed dual-clutch transmission that behaves much like an automatic. With seating for 5 passengers, it is 26 inches longer and 6 inches taller and wider than a standard 500. It is available in base Easy and top-end Trekking models. The off-road themed Trekking model includes 17-inch wheels, unique front and rear bumpers, flared fenders, and a two-tone interior—though somewhat curiously, all-wheel drive is not offered. Chrysler’s optional Uconnect 5.0 infotainment system features a 5-inch touchscreen, a wireless cell-phone link, streaming audio capability, and voice control. Uconnect 6.5 is an upgraded version, and it boasts a larger, 6.5-inch screen with navigation and a media hub with an SD card reader. The 500L will be available in mid-2013.

The Fiat 500c Abarth also debuted in Los Angeles. It is a high-power variant of the 500c convertible. It uses a 160-horsepower 1.4-liter turbocharged 4-cylinder engine, 5-speed manual transmission, raspy exhaust system, sport suspension, larger brakes, and aggressive front fascia, all cribbed from the 500 Abarth hardtop. It rides on 16- or optional 17-inch wheels with all-season or three-season performance tires, respectively. Fiat claims the 500c Abarth attains a “low 7-second” 0-60 time. The 500c Abarth also features a sport-tuned traction-control system with three driving modes: normal driving, performance driving with relaxed traction-control intrusion, and track driving with no intervention at all. The car comes with a Sport mode button that, when engaged, provides full engine torque and sharpened throttle response and steering feel. A shift light, mounted in the tachometer, tells the driver when to shift for maximum power, such as when on a racetrack.

The interior of the Fiat 500c Abarth features leather upholstery and a black color scheme with red accents. Standard equipment includes a wireless cell-phone link with voice control and a detachable navigation system mounted atop the dashboard. The top can be opened back to the rear spoiler at speeds up to 60 mph, and completely opened at up to 50 mph. Included with the purchase of every Fiat 500c Abarth is a day of performance-driving instruction provided by the Richard Petty Driving Experience. Safety features include front-side airbags, full-length front- and rear-side curtain airbags, and a driver’s knee airbag. The Fiat 500c Abarth will go on sale in the first quarter of 2013.

The final debut is the 500e, an electrically powered version of the 500. It uses a 111-horsepower electric motor and battery pack. On one charge, the 500e is capable of traveling about 80 miles, but the company claims the city-driving range can be as high as 100 miles. A full charge takes 4 hours from a 220-volt charger. The instrument display is composed of a 7-inch display screen that shows full-color graphics that depict vehicle functions. A navigation unit shows vehicle functions, and can be configured to show the locations of charging stations. An available smartphone app controls and monitors many vehicle statuses and controls. It can manage charging, monitor the driver’s power usage, locate the car and charging stations, send routes to the navigation system, and send text-message-based alerts. The 2013 Fiat 500e will go on sale in the second quarter of 2013.

CG Says: With only one vehicle in its stable, it was about time that Fiat expanded its lineup. The 500L joins the crowded compact-car class, and it should bring the 500’s tight driving dynamics combined with space for 5 people.

The 500c Abarth seems like more of a good thing. We’ve driven the 500 Abarth hardtop and most staffers agree: The Abarth is great fun to drive. And what could be better than a fun-in-the-sun performance car?

As for the 500e, it packs the same amount of range as most electric cars on today’s market, a similar charge time, and comparable horsepower. And it’s just so darn cute. Though it’s no Nissan Leaf, the smaller 500e is at least easier to park. These products seem a good effort by the Italian/American mashup of Chrysler-Fiat, but we’ll reserve final judgment on each until after we test drive them. 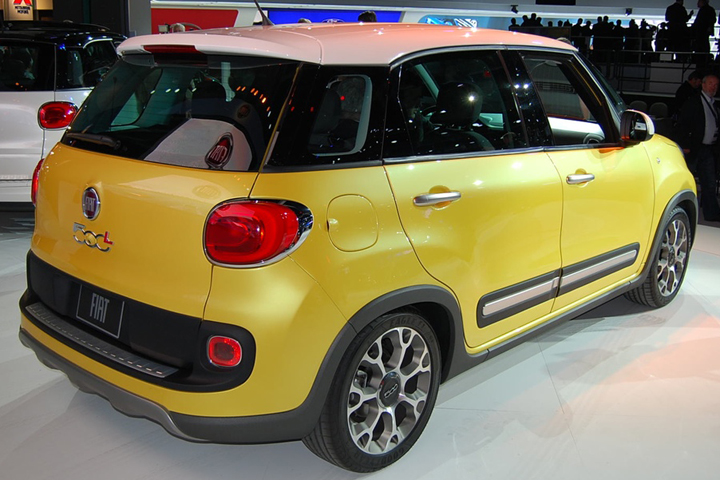 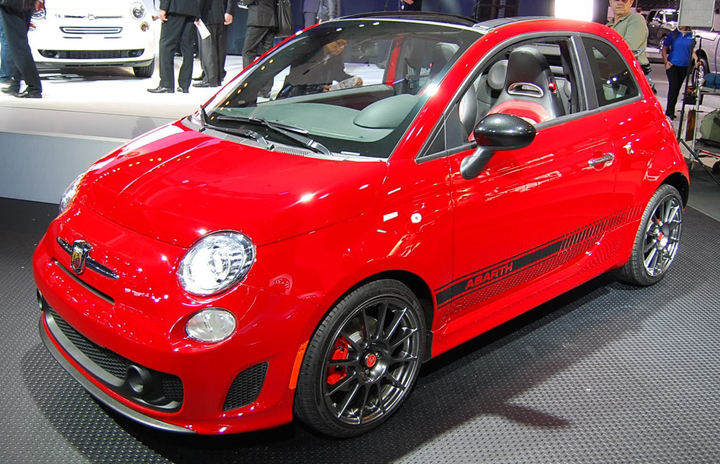 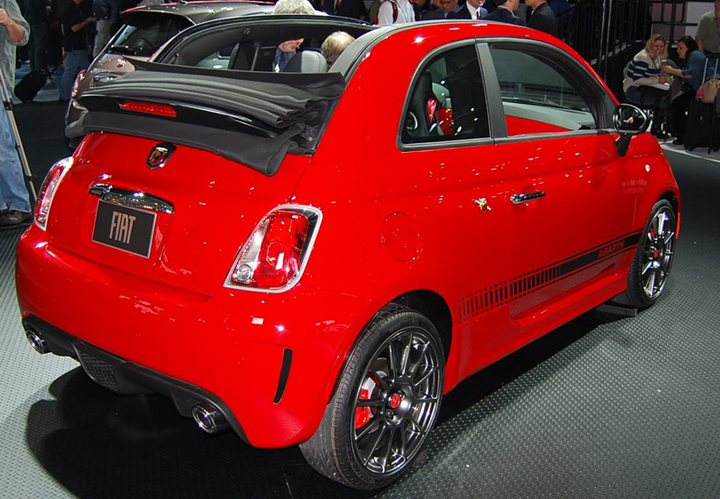 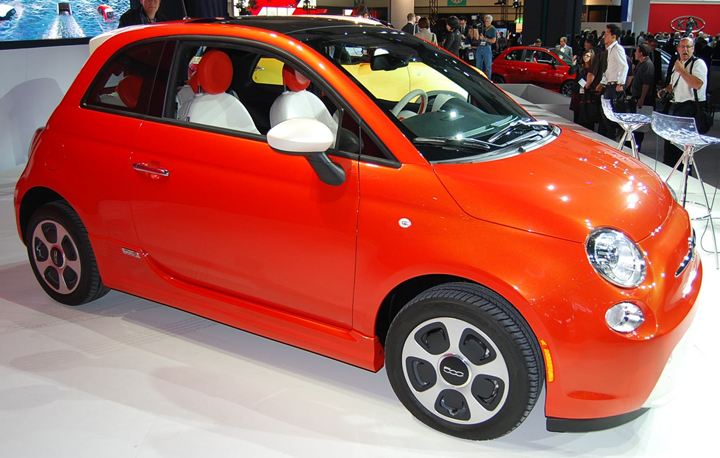 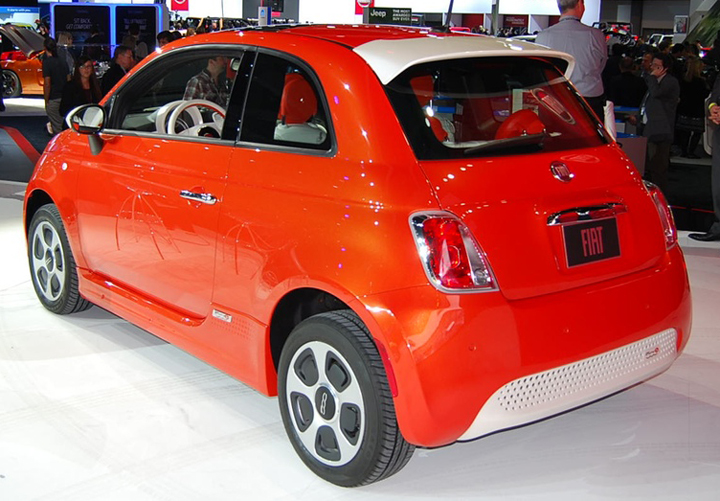